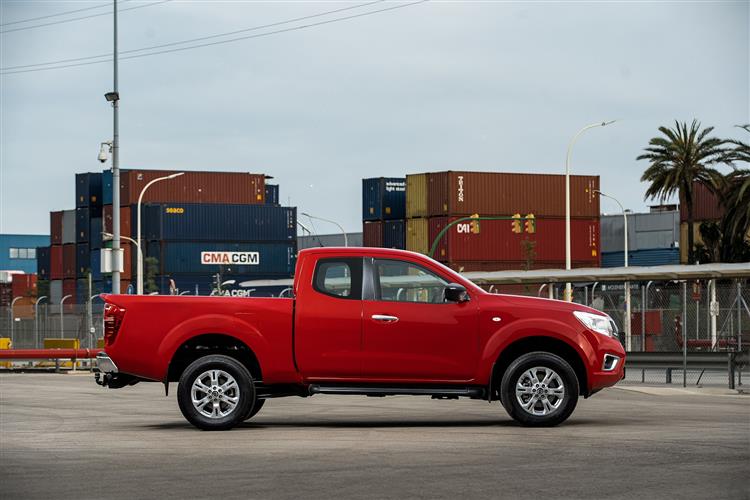 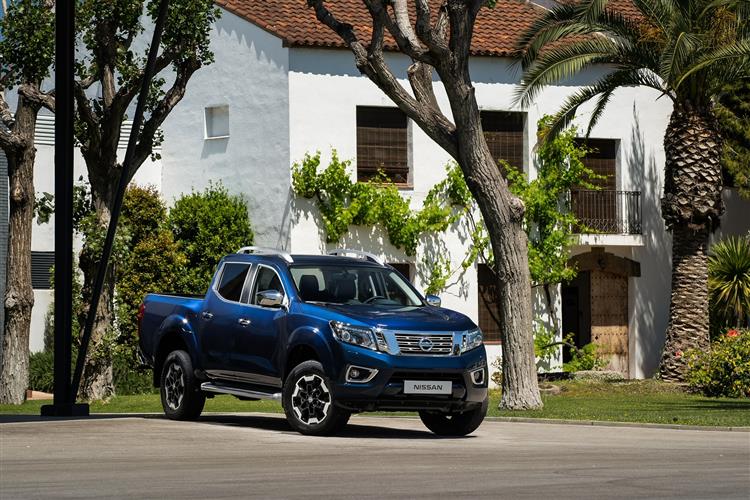 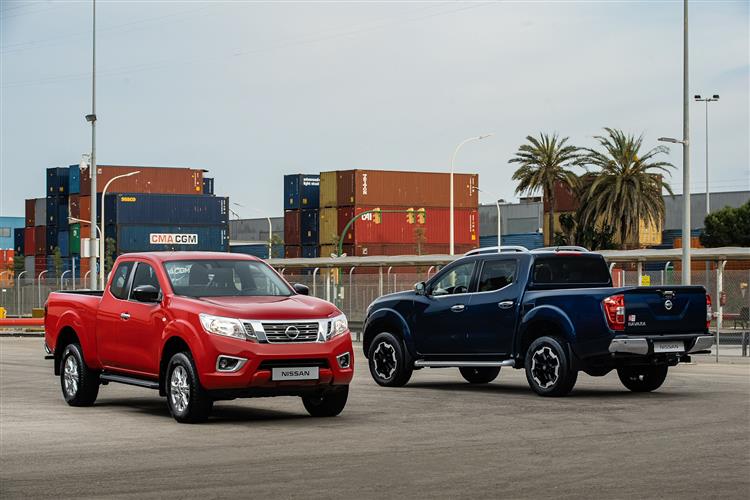 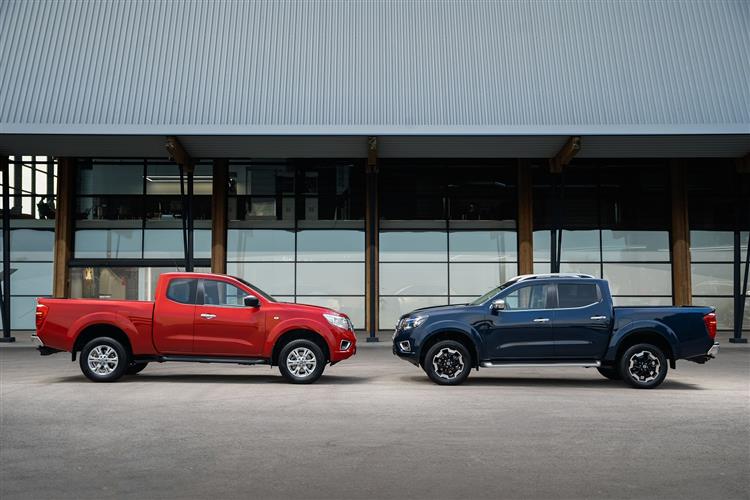 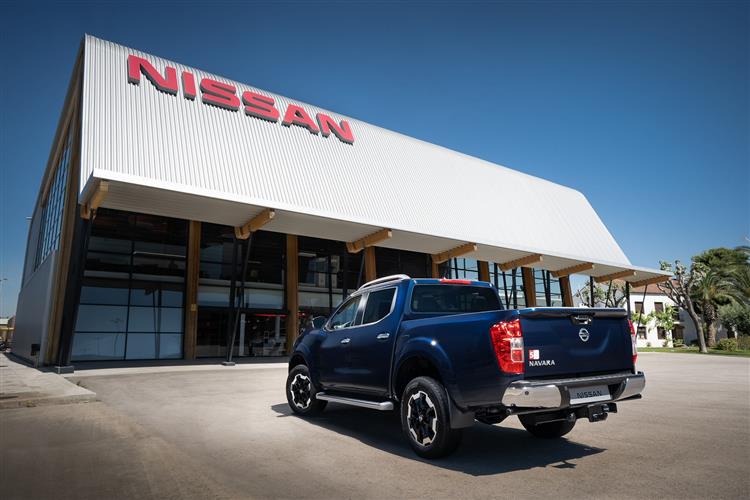 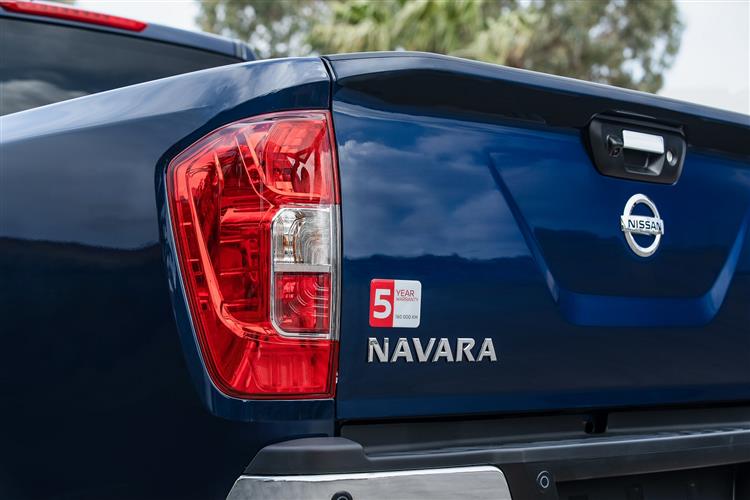 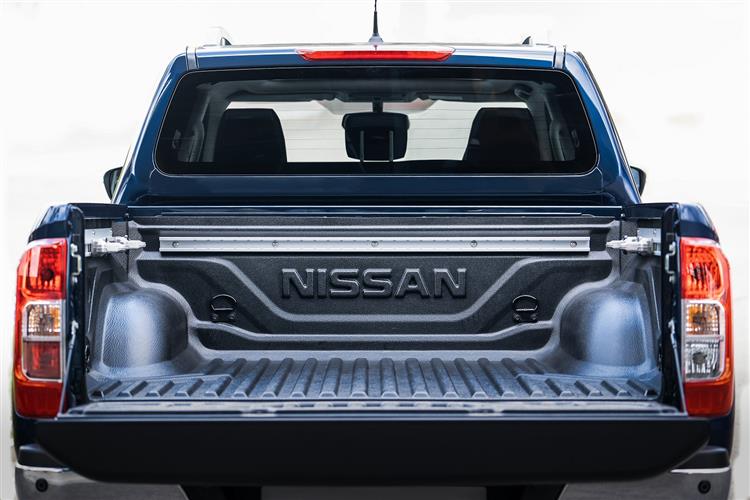 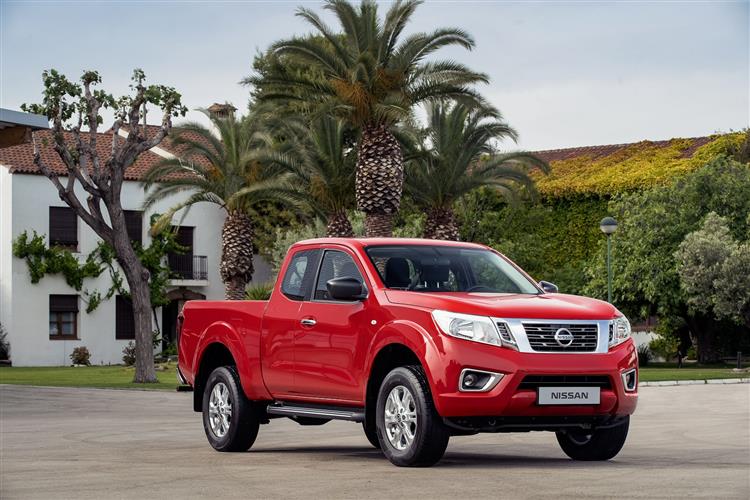 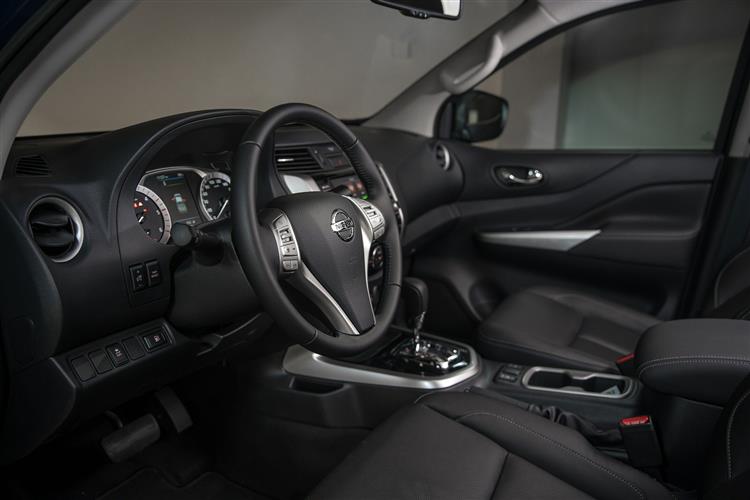 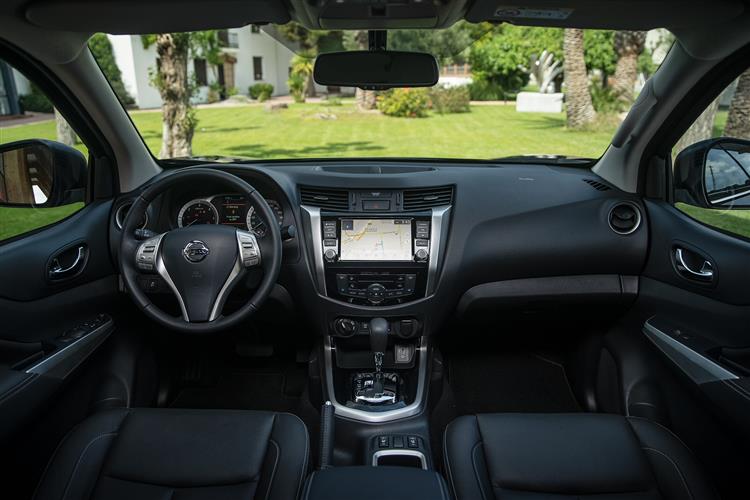 Nissan promise that this improved Navara pick-up can manage to offer relatively car-like ride, refinement and performance whilst remaining a dependable workhorse. Plus an even more powerful base engine and a reasonable sense of style allow this truck to appeal to commercial and private buyers alike.

Nissan have been proudly promoting their pick-up heritage with today's Navara model. That's no surprise considering the Japanese brand first produced such a vehicle over eighty years ago. The Navara nameplate isn't quite so old, dating back to the year 1997 and marking the first modern Nissan pick-up that didn't just appeal to those after a working vehicle. Indeed, with pick-ups popular as alternatives to SUVs, refinement is more important than ever. With that in mind, Nissan developed a smooth 2.3-litre turbodiesel engine for this current model that's so refined that Mercedes also uses it for its X-Class model. It also claims to be powerful and efficient. The key attribute here though, is the provision of a rear suspension set-up for the family-friendly Double Cab model that promises more car-like standards of ride and handling ride, without sacrificing its off road or load carrying ability.

The Navara's 2.3-litre dCi turbodiesel engine has changed significantly in its base 163PS form, where it gains twin turbochargers - like those already fitted to the gutsier 190PS version of this unit. This means this base powerplant now puts out a prodigious 425Nm of torque, a useful 22Nm more than before. Both variants get a new 6-speed manual gearbox that features longer gear ratios and a shorter shift pattern, providing for slicker gear selection. The brakers have been looked at too; you now get disc brakes alkl round (previously at the rear, there were old fashioned drums) and the brake boosters are now bigger. That's a 40% reduction in braking forced and a usefully reduced stopping distance. Even more significant are the changes made to the multi-link rear suspension system, which is the thing that sets this Navara apart from most of its pick-up rivals who continue to use clunky old leaf springs. This Nissan's multi-link set-up now uses new dual stage coil springs and it's fitted to the King Cab body style for the first time. With a revised set-up, the rear posture is raised by 25mm to give the pickup an upright and more powerful looking stance, whilst continuing to deliver a more comfortable and dynamic 'car-like' driving feel. As a result, Navara's payload also increases by up to 46kg, dependent on model. Otherwise, things are much as before, which means that a seven-speed automatic gearbox remains optional, though once again, this is reserved for the Double Cab model only.

Nissan has updated the look of this Navara - but not very much. Minor changes to this revised model include fresh 17 and 18-inch wheel designs and smarter black bezel inlays for the LED headlamps. Otherwise, it's as you were before with the signature 'V-motion' grille and boomerang shaped daylight running lights. Whether you choose this vehicle in double cab or king cab guise, gone are the sharp creases and flat panels of earlier Navara models, replaced here by curves and contours. From the confident nose rearwards, it looks a modern design but one with a tough edge. The basic chassis of the Navara may date back rather a long way, but don't let that put you off. The Japanese brand really went to town with this NP300 generation vehicle and improved it in every appreciable area. If you haven't yet tried the current design, you'll be impressed by the way that the smart dashboard lifts interior quality. And you'll like the NASA-inspired seats (yes, really) that aim to create an even more car-like experience. Those that plan on making the Navara work for a living will be more interested in the range's ability to tow 3,500kg and the Double Cab's prodigious bed length.

Prices start at around £22,000 ex VAT and there are various trim levels available for the Navara; entry level 'Visia', 'Acenta', 'Accenta Plus', 'N-Connecta' , 'Tekna' and 'N-Guard', plus there's an extreme 'AT32' variant if you want the most extreme, expensive version it's possible to buy. 'Visia' is the only option on the Chassis Cab and 2WD King Cab while 'Tekna' trim only comes with Double Cab models. 'Visia' is very much a working man's trim level with steel wheels, black bumpers and mirrors along with no air-con. You do get a Bluetooth stereo with USB and aux in, electric windows and cruise control though. 'Acenta' includes manual air-con, alloys, chrome mirrors and grille along with a sunglasses holder. 'N-Connecta' (a popular choice) adds dual zone climate control, heated door mirrors, bigger alloys, fog lamps, rear view camera and leather for the wheel, handbrake and gearknob. 'Tekna' is where a lot of the clever stuff comes in such as Nissan's handy 'Around View Monitor' that gives a virtual bird's eye view of the truck, rear parking sensors, LED headlights with daytime running lights, 7" touchscreen with sat-nav and Bluetooth audio streaming and roof rails. Nissan's introduced 'Apple CarPlay' smartphone-mirroring for the first time too. Optional extras include a rear diff lock for serious off-roading, a towing kit and heated leather seats. All models get seven airbags, ABS, hill decent control, traction control and even autonomous emergency braking on the Double Cab. New features on this revised model include smartphone integration, with customers able to locate the vehicle, lock/unlock the vehicle, check vehicle health (fuel and fluid levels) and send their destination to the vehicle's satnav ahead of departure. Trailer Sway Assist is now incorporated into the whole range.

Once you get your stuff in, the cargo bed is usefully long, up to 1788mm in the King Cab model or up to 1578mm in the Double Cab variant most will want, a segment-leading figure which is 67mm more than the previous generation model could offer. As for the weight of items you can carry, well payload capacities have risen with this revised model - by upo to 46kg, depenging on model; you'll still be able to carry well over a tonne in the Double Cab model. Bear in mind also that there's a generous maximum towing capacity of 3.5 tonnes across the Navara range, which is un-bettered in the class. And when you are hauling something of that weight, you'll still be able to carry up to 800kg in the cargo bay.

Nissan's Navara goes up against some tough rivals - primarily Mitsubishi's L200 and the Ford Ranger. In comparison to these two key competitors, this Nissan's clever five-link rear axle gives it a clear advantage for those in search of a more car-like driving experience. With no penalty on load capacity or towing ability, it could be the stand-out feature on this extremely class-competitive pick-up. That would mean little if this Nissan was ugly, or worse, dull. But it isn't. And it certainly isn't dull in the way that it drives, thanks to that clever suspension. Plus we think safety standards here are class-leading. Which means that as an overall package, the Navara is hard to beat.

Fill out the simple form below to get a quote for this NISSAN NAVARA DIESEL Double Cab Pick Up Tekna 2.3dCi 190 TT 4WD Auto lease.