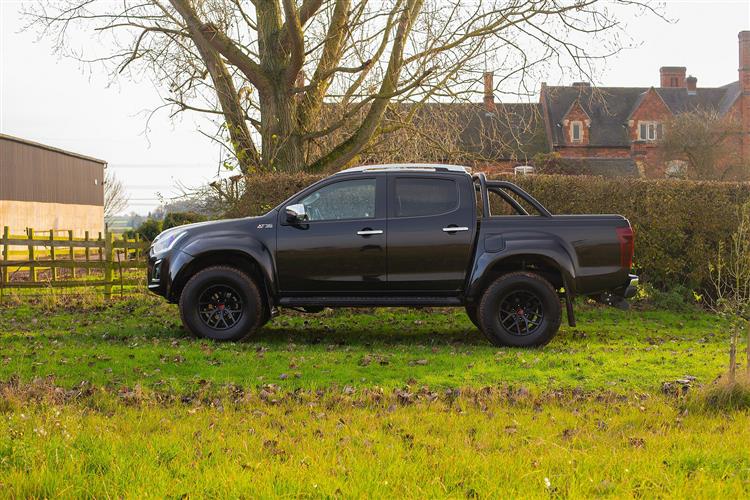 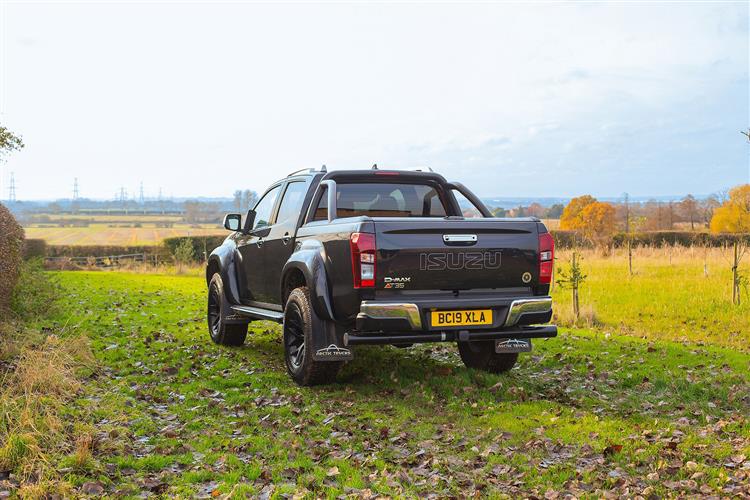 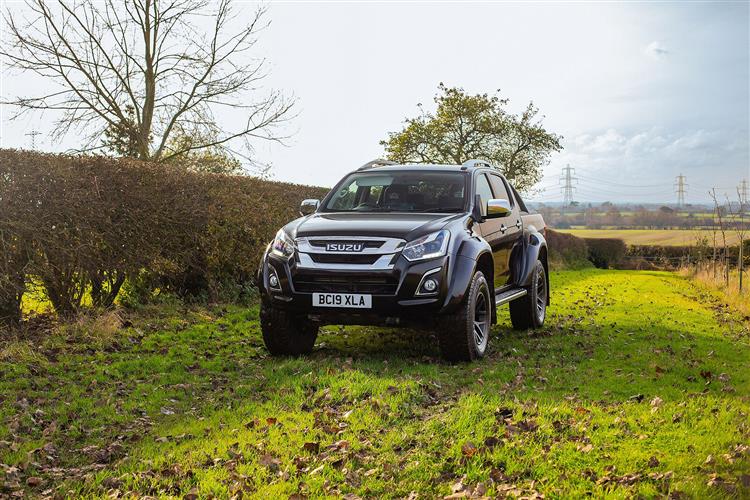 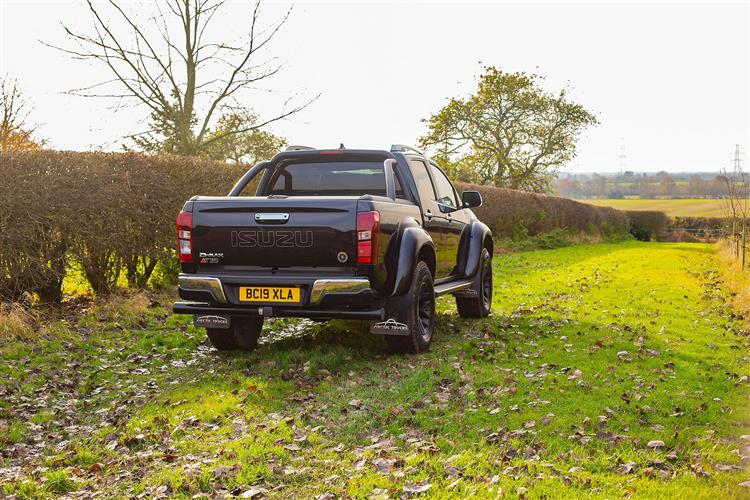 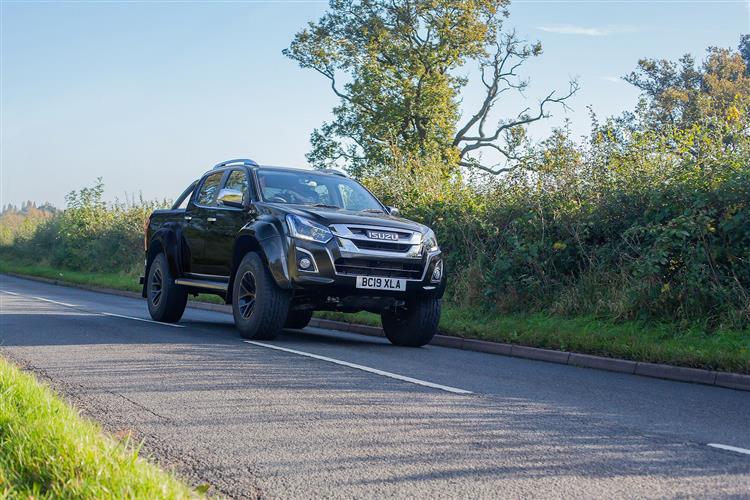 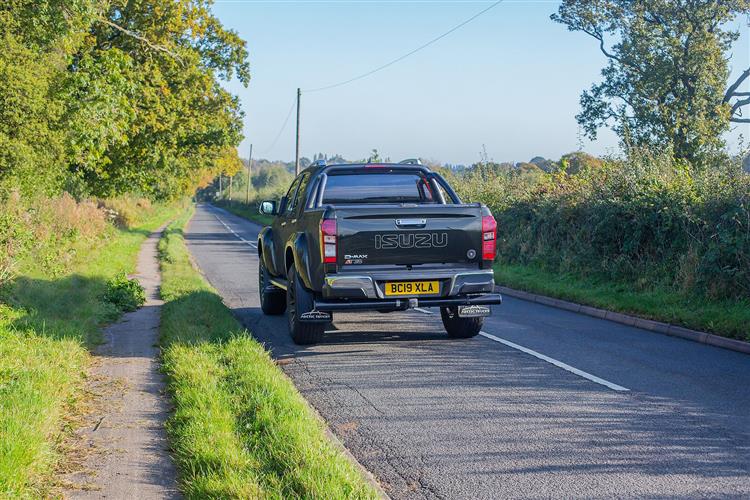 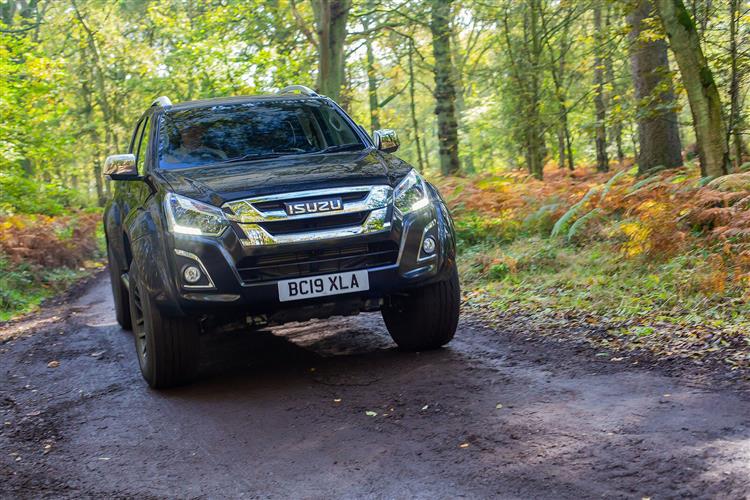 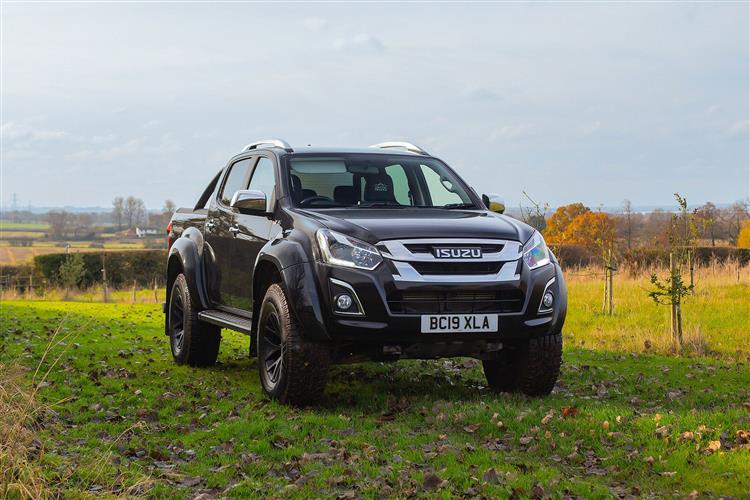 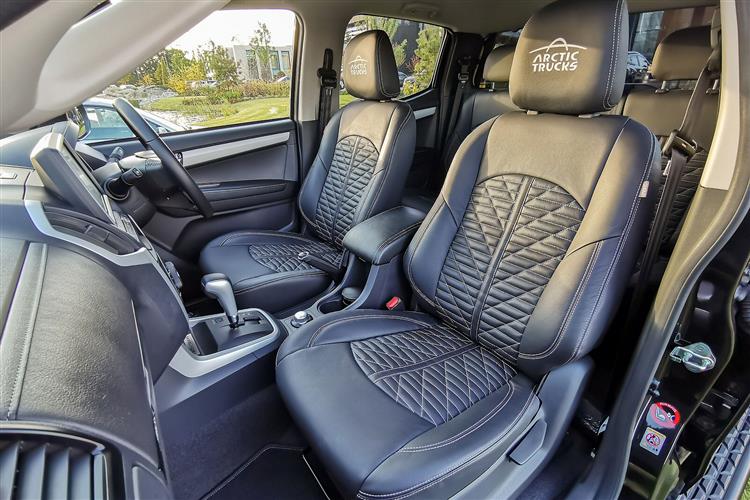 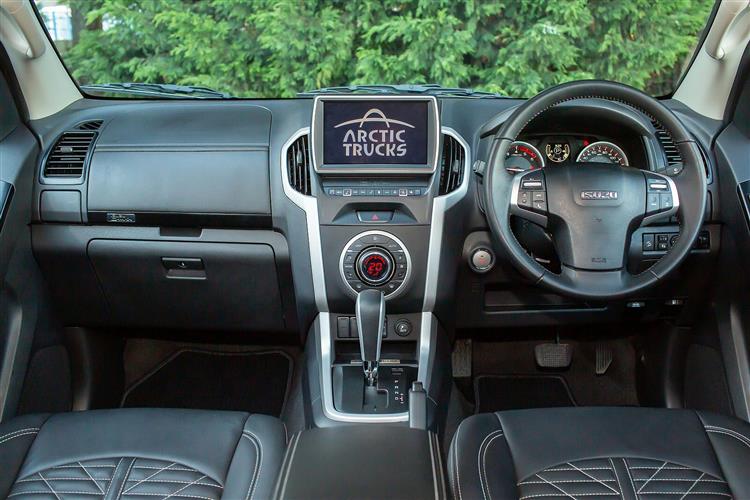 What's the ultimate kind of pick-up? Virtually every manufacturer in the segment thinks it's a vehicle specced up with lashings of leather and hi-tech luxury kit. Only Isuzu sees things differently. They reckon the ultimate pick-up is one with ultimate go-anyway ability: and this is it, the company's D-Max model in its most specialist 'Arctic Trucks AT35' trim.

You might understandably struggle with the thought of paying around £40,000 for an Isuzu D-Max pick-up - more if you include the VAT. But stay with us because this AT35 version is a rather special one. It's been tailored by Nordic extreme terrain specialists Arctic Trucks to meet the demanding needs of the worst Scandinavian terrain and was first launched back in 2016, then updated more recently to create the model we're going to look at here. If this pick-up can't get you where you want to go, then no other one will. And it's a rather refreshing antidote to the bling that otherwise afflicts the upper end of this market segment.

The package of changes that has created this Arctic Trucks AT35 model doesn't include any alterations beneath the bonnet. The Nordic engineers couldn't really see any need to change the 164PS turbo diesel engine, despite its relatively diminutive 1.9-litre size. Possibly that's because this powerplant puts out a willing 360Nm of torque, quite enough for the extreme snowy terrain that this AT35's vast 35" Nokian Rotiva SAT tyres will allow it to cross. The tyres are so chunky that Arctic Trucks claims the D-Max can actually float over snow slush, rather than sink into it. This variant's special Fox Performance Series suspension also helps, designed to withstand the harshest off road impacts. As in any D-Max, the engine's grunt makes low speed urban work easy and tough muddy inclines straightforward. It's also a major reason why this vehicle can tow a braked trailer of up to 3.5-tonnes. Trailer Sway Control is of course standard but the lack of Hill Descent Control is a surprising omission. For wet or icy tarmac or light off piste work, you can take the opportunity, at up to 60mph, to twist the centre console dial and select high range all-wheel drive. It takes a second or so for the front wheels to engage but when they do, the D-Max feels notably more sure-footed on the slippery stuff. Of course, once in a while, you'll need to do more, occasions on which you'll be further twisting this dial to engage the full low-range four wheel drive mode, something that can only happen when the vehicle's stopped.

To begin with, you'll probably notice first this specialist D-Max model's huge 35" Nokian Rotiva SAT tyres which combine with this derivative's 55mm ride height increase to make this AT35 variant 125mm taller than any standard D-Max. The specialist rubber is fitted to 17" x 10" AT Black Alloy Wheels that sit within flared wheel arch extensions separated by extended profile side steps. Inside, it's as luxurious as you'd expect such a pricey truck to be, with full-leather upholstery and a new 9-inch Multifunction colour touchscreen centre-dash infotainment display, complete with 'Apple CarPlay' and 'Android Auto' smartphone-mirroring. Changes made to this updated model include refreshed seat trim and updated soft pad designs for the arm rests, the instrument binnacle and the utility box lid. Plus gloss black trim has been added to the window switches, air vents and glove box, which also incorporates a smarter Isuzu D-Max badge. Move to the back seat and, as in any D-Max, one nice touch is the way that 60/40 split-folding bench enables you to more flexibly use this rear passenger space for packages, should you so wish. Additional storage compartments in the floor under the rear-seat base are also useful for keeping things out of harm's way.

As we said at the beginning, the price of this Arctic Trucks AT35 variant may cause a sharp intake of breath; it's £39,995 excluding VAT (or £40,995 for the auto version) - which seems a lot, not only because it is a lot but also because it's around £5,000 more than Isuzu was charging for this top derivative when it was first launched on the UK market in 2016. Still, you could easily pay that kind of cash for a top Mercedes X-Class with nothing like this Isuzu's 'off piste' ability. We've already mentioned some of the key features that attempt to justify this top variant's price - the special 35" tyres, the unique wheels in their flared arches, the side steps and the Fox Performance Series suspension, the full-leather trim and the 9-inch Multifunction infotainment screen with its smartphone-monitoring and navigation. There's also an Arctic Trucks Chrome Badge and Decal Set, a wireless 'phone charger, a reversing camera and you can order the revised version of this exclusive pick-up in six colours: Cosmic Black Mica, Obsidian Grey Mica, Splash White, Titanium Silver Met, Sapphire Blue Mica and Spinel Red Mica. As in any D-Max, the usual safety gear features, with stability and traction control, six airbags, a four-channel anti-lock braking system and electronic brakeforce distribution all present and correct.

The changes made to create this Arctic Trucks AT35 model thankfully haven't affected D-Max carrying practicality in any way - aside perhaps from the higher ride height making it slightly more awkward to lump heavier loads up into the cargo bay. At around 5.3m long, this is certainly a pretty large vehicle, so you won't be surprised to flip down the sturdy drop-down tailgate (which can only retract to horizontal level because of the chunky bumper) and find a pretty substantial cargo area on offer. You'll find a space 1,485mm long, 1,530mm wide and 465mm in depth easily big enough for a euro pallet which can slide in the 1,110mm-wide space between the wheel arches. You get a five-year / 125,000-mile transferable warranty which reinforces the reputation for durability and ruggedness for which Isuzu pick-ups have become renowned. What else? Servicing is every 12,000 miles or 24 months. Running costs should see you averaging around 25mpg but you can expect the standard model's decent CO2 showing (163g/km) to drop quite a bit courtesy of those huge wheels.

If you're someone who plans to really use your pick-up off road, rather than merely cruise around with it on tarmac and you've a healthy budget for purchase, then why not? After all, no other rival can go where a D-Max Arctic Trucks AT35 can - and if you buy one, you owe it to yourself to fully explore that ability. If you're rarely going to be able to do that, then Isuzu will offer you plenty of more affordable D-Max derivatives better suited to your needs. This one though, is something special. For a few intrepid adventurous buyers who'll recognise that, there'll be nothing else that's quite the same.

Fill out the simple form below to get a quote for this ISUZU D-MAX DIESEL 1.9 Arctic Truck 35 Double Cab 4x4 Auto lease.