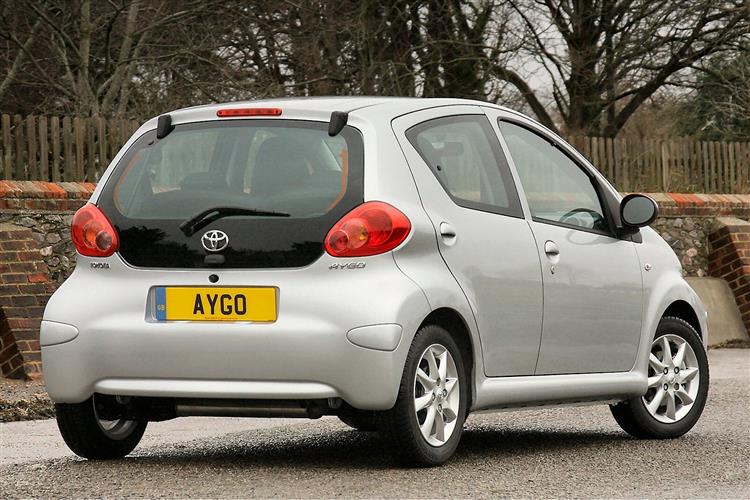 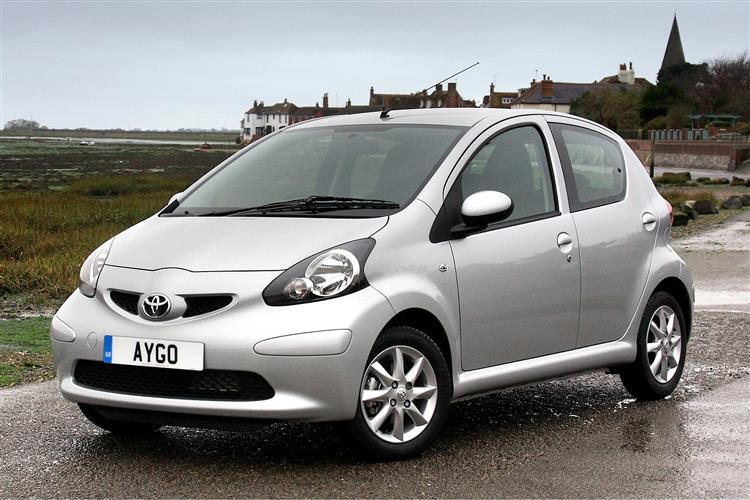 Just when we thought the Yaris was the definitive small Toyota, the Japanese company brought us the Aygo. Cheeky, smart and keenly priced, the Aygo was one third of a partnership that also produced the Citroen C1 and the Peugeot 107. Had Toyota risked their impeccable build quality record for a quick hit? It would seem not as Aygo owners seem very satisfied with their cars. Used examples are available if you search for them and they're well worth tracking down.

The Aygo came about due to inflation. As the Yaris got bigger, room was freed up at the bottom of Toyota's product portfolio for a city car. Even for a company of Toyota's financial muscle, building an entirely new small car platform is not an inconsequential expense. What's more, carbon dioxide weighting regulations meant that they needed a new small car quickly in order to continue selling big models like the Land Cruiser. For the Aygo project, they teamed up with Citroen and Peugeot. This at first seemed a gamble, as Toyota's reputation for reliability is way ahead of either of these French companies and the scope for customising the basic package isn't enormous. Nevertheless, public reaction to the Aygo has been promising, helped by a canny piece of PR whereby a team of Aygos were given to BBC's Top Gear to use in a giant football match. The 1.0-litre petrol engine was initially the only powerplant offered when the Aygo was launched in May 2005 but a 1.4-litre diesel followed in February 2006. This unit had a short innings, being dropped from the range early in 2007. It had a hard time justifying its £1,000 price premium when the petrol option was perfectly adequate for most buyers and returned 61mpg compared to the oil-burner's 69mpg. The Sport trim level was deleted around the same time. The Aygo was revised for the 2009 model year with larger bumpers to give more curviness to the front end and visually lower the car. The 1.0-litre engine was also made fractionally more economical and efforts were made to improve refinement with better sound-proofing. Black and Blue special edition models were also carried over.

Compared to its Peugeot 107 and Citroen C1 counterparts, it's obvious that Toyota went to greater lengths to visually differentiate the Aygo. This was reflected in a marginally higher sticker price, but for many the treatment of the front grille and lights and the smooth way the rear lamp clusters have been integrated will be enough to swing the balance. Built in the Czech Republic, the car features front and rear overhangs that were kept short so as to maximise interior space and make parking simple. The tale of the tape shows a 3.4 metre overall length, which is almost 23cm shorter than a modern MINI. Colour choices aren't extensive with Chilli Red being the standard paint finish while the upper spec models also get the option of Ice Blue and Carbon Quartz metallic. The interior features a two-tone dashboard with a textured effect, while the door trims feature body coloured detailing. One of the more eye-catching features is the design of the ventilation controls on the centre console. Two large wheels bookend the console with a translucent panel sitting between them. Coupled with the funky, minimalist instrument panel, they give the Aygo's fascia a very modern appearance. The steering column is adjustable for both reach and rake, the speedometer binnacle moving with the wheel. Coupled with plenty of driver's seat travel and ample headroom, there shouldn't be a problem getting comfortable behind the wheel of the Aygo. Sitting behind a tall driver is another issue altogether and rear space is a little pinched with the front seat at the back of its travel. That's perhaps forgivable, as there is only so much that can be done within the strictures of a 2.34 metre wheelbase. The audio system reflects the Aygo's modern outlook. The standard setup features the usual AM/FM radio and CD player but also includes a connection socket for other audio hardware such as an MP3 or minidisk player. The upper specification models also add an extra pair of rear speakers and some neat tweeters integrated into the car's A-pillars. Even the entry-level car is well-equipped and includes colour-keyed bumpers, twin front airbags, and anti-lock brakes with the backup of electronic brakeforce distribution. The + grade adds colour-keyed door mirrors and handles, electric front windows, a split folding rear seat, remote central locking, a keyless entry system, side airbags and an ISOFIX child seat attachment. As a result of the bargain basement pricing of Citroen and Peugeot counterparts, it's this model that many fingered as the most popular Aygo. Fork out a little extra and the Aygo Sport factors in 14-inch alloy wheels, integrated front fog lights and a tachometer. Air conditioning is an option for both the + and the Sport. Two options packs are available. The 'Travel Pack' features Aygo-branded Samsonite luggage. This constitutes a glove box bag, a trolley and a rucksack. More popular is the 'Mobility Pack' which adds a TomTom Aygo satellite navigation pod with a three year warranty, map update package and radio integration.

Refer to Car & Driving for an exact up-to-date valuation section. <a href="mailto:info@caranddriving.com&subject=Used Car Price Request: Toyota Aygo (2005 - 2011)">Click here</a> and we will email it to you.

The Aygo is too new for any significant faults to emerge, and being a Toyota, it's likely to be a long time until they do. Insist on a fully stamped up service record.

(approx based on a 2006 Aygo+ 1.0) Aygo spares are competitively priced and it's not unknown for Citroen C1 and Peugeot 107 owners to make a visit to their Toyota dealers to take advantage of this fact. A starter motor costs around £100 and brake pads are £25 a set.

Fill out the simple form below to get a quote for this Ford Transit Courier Petrol 1.0 Ecoboost Sport Van [6 Speed] lease.