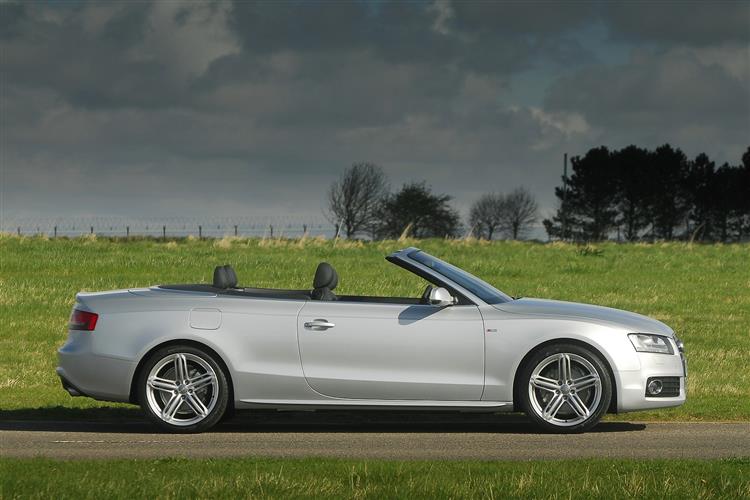 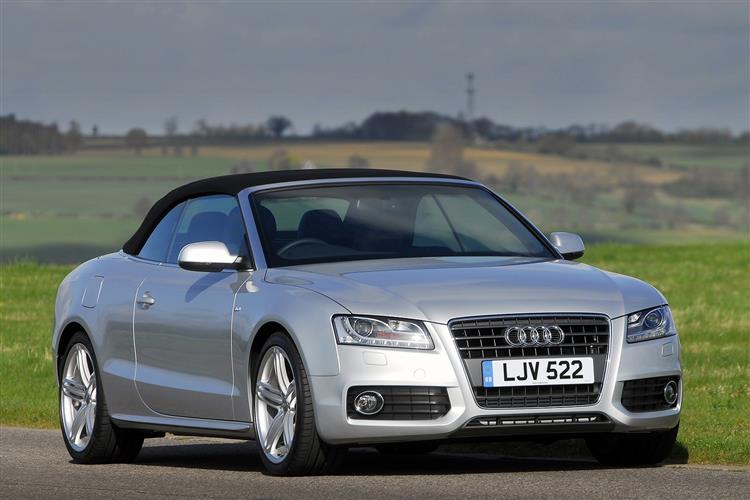 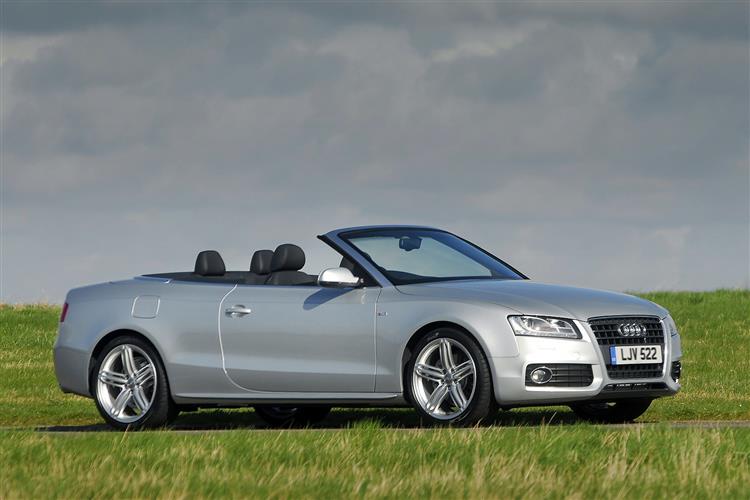 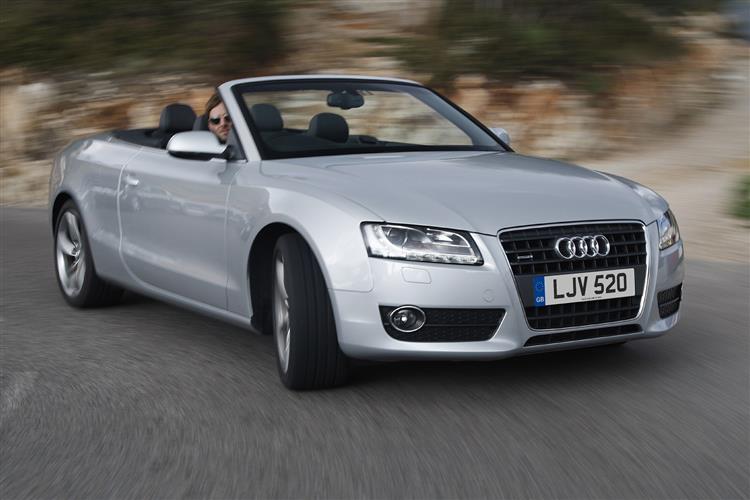 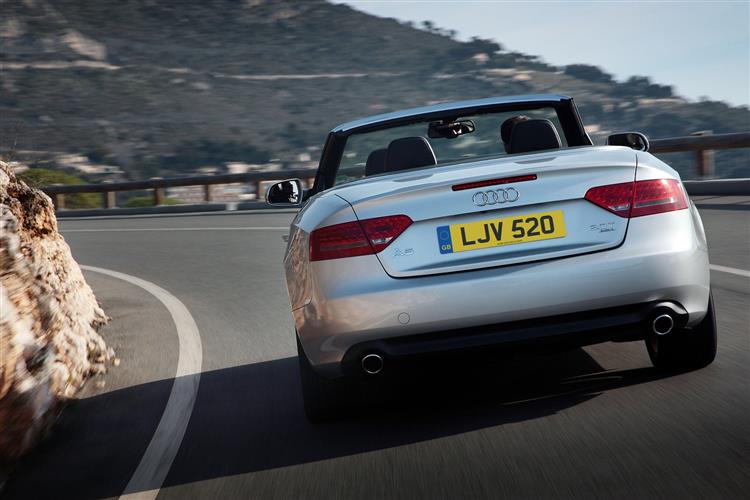 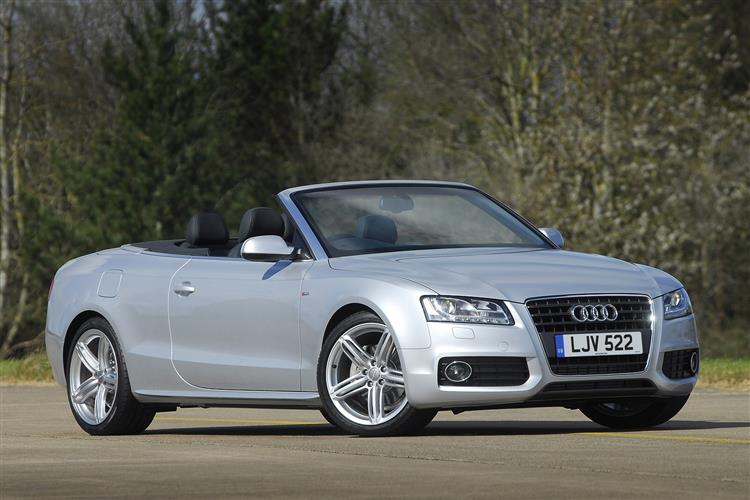 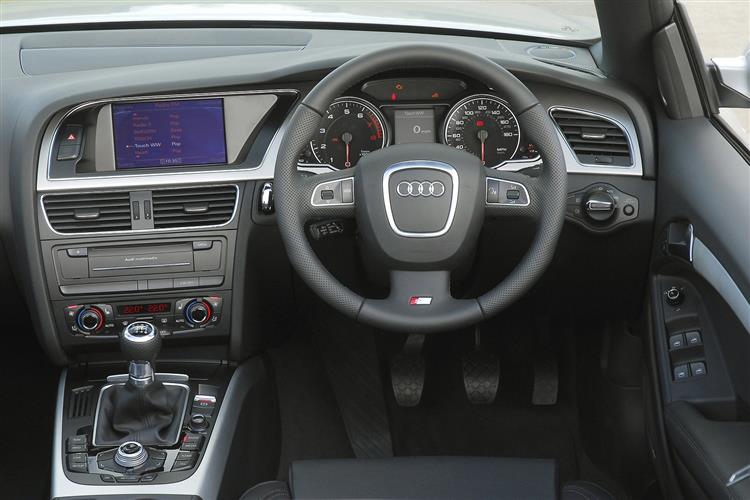 Audi didn't need to radically reinvent its A4 Cabriolet to produce the first generation A5 Cabriolet model it first launched in 2009. A few tweaks and updates on the existing theme were always going to be sufficient to establish this drop top A5's position at or near the top of the premium drop-top sector. It's based on the A5 Coupe rather than the A4 saloon, with the extra wheelbase being put to good use in boosting practicality. A hood that lowers in 15s, a 380-litre boot and a range of impressive engines are the highlights.

For a certain kind of customer, the combination of the Audi badge and a pretty convertible bodyshape seems to be difficult to resist. We saw it with Princess Diana and her Audi Cabriolet in the early Nineties. Then with the huge success of the handsome A4 Cabriolet which dominated the executive drop-top sector in the early years of this century. Here, we're looking at that car's successor, the MK1 model A5 Cabriolet, still beautifully built and lovely to look at and a very accomplished way to enjoy the best - and worst - that the British Summer can offer.

The styling of the MK1 model A5 Cabriolet is clearly derived from the classy MK1 model A5 Coupe. The understated bodywork hangs together with assured elegance and looks the part whether the hood is up or down. But this car needs to be practical too, otherwise you might as well have saved a few thousand and bought Audi's TT Roadster. Space though, can be a touchy subject in convertible cars, particularly those with trendy metal folding tops. Measures taken to accommodate the party piece roof often have undesirable knock on effects in terms of rear legroom and boot space. To help combat this, Audi made two key decisions in developing this car. First, that it would continue with the fabric roof that would preserve both its good looks and its status as one of the few cabriolets with proper space for four and their luggage. Second, that they would base it on their A5 Coupe with its extended wheelbase, rather than the A4 saloon used to create this car's A4 Cabriolet predecessor. The results are impressive. There's room for a couple of fully-sized adults in the back, though six-footers won't want to join you for longer trips. The boot is bigger than you might expect too, accommodating a sizable 380-litre luggage capacity when the hood is up and 320-litres roof-down. Compare that to the 350 and 210-litre figures you'd get in a Convertible BMW 3 Series. At the wheel, there's the usual classy Audi cabin, in this case enhanced by lovely touches like the 'belt butler' that passes the seat belt over your shoulder to you once you're comfortably seated. As for the roof itself, it offers virtually all the refinement you'd get with a metal-folding top, thanks to sound-deadening foam encased within the inner and outer layers. An acoustic hood was standard on plusher versions and creates an even quieter environment at cruising speeds. The roof lowers in a super fast 15 seconds and takes just 17 seconds to reinstate itself again if a shower hits. With both operations capable of taking place at speeds of up to 31mph, owners will be left with little excuse for not making the most of the sunshine.

Refer to Car & Driving for an exact up-to-date valuation section. <a href="mailto:info@caranddriving.com&subject=Used Car Price Request: Audi A5 Cabriolet (2009 - 2016)">Click here</a> and we will email it to you.

Audi has been making Cabriolet models for long enough to have ironed out most common convertible issues by the time this A5 Cabrio model was launched. Sure enough, most owners we found in our survey were very satisfied. We couldn't find any reported instances of issues with the electric roof or examples of water ingress from it. As for other problems, most seemed to relate to electrical glitches. A number of owners have experienced issues with the electric window mechanism, so check that. One owner had a problem with the MMI infotainment system failing; another found dashboard rattles - and particular issues with rattly speakers. As for mechanical stuff, well, we found one owner who reported an oil light issue and a handful who had reported brake grinding issues. Corrosion is simply not an issue with Audis and another reason why resale values are high. Look for a fully stamped up service history and check for uneven tyre wear on the more powerful models.

Fill out the simple form below to get a quote for this Ford Transit Connect 240 L2 Diesel 1.5 Ecoblue 120ps Trend Van Powershift lease.