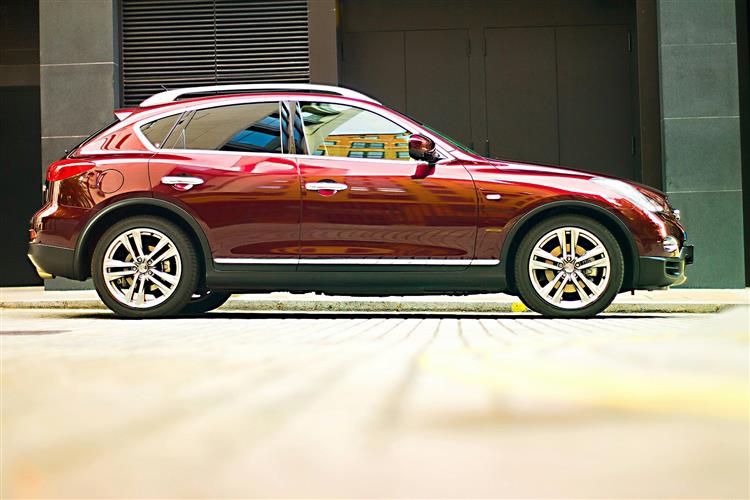 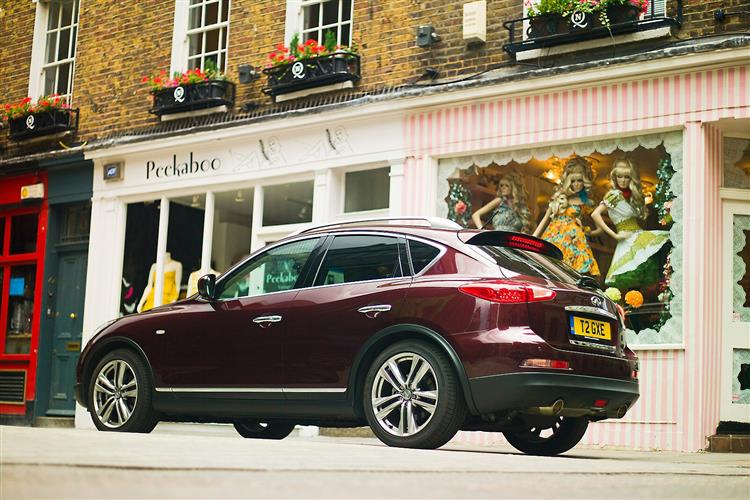 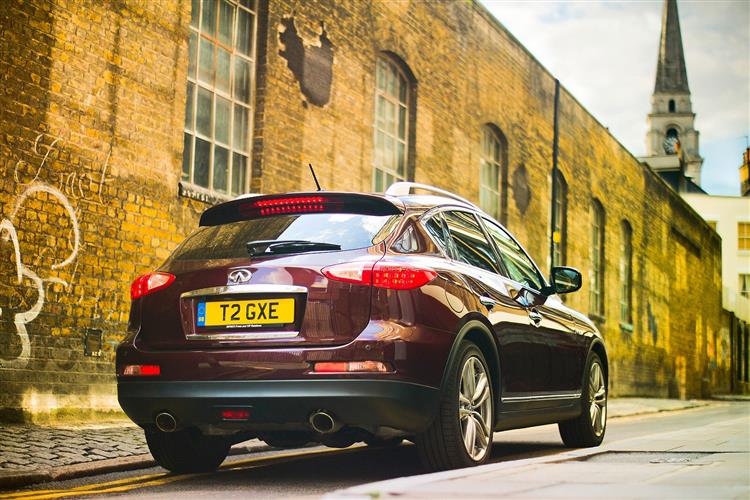 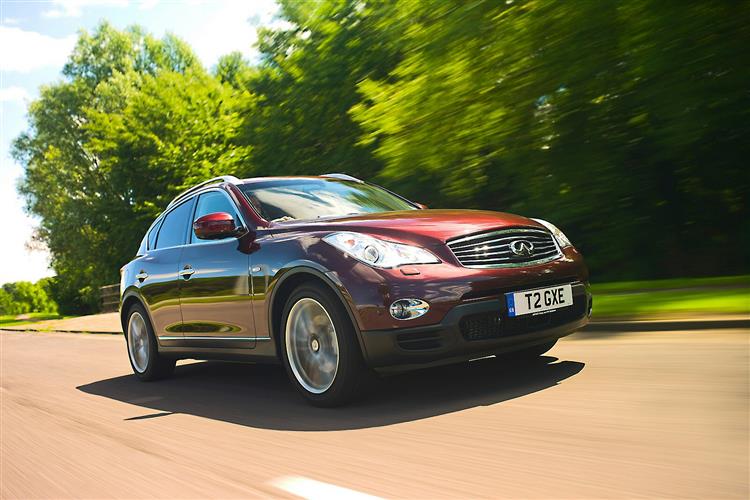 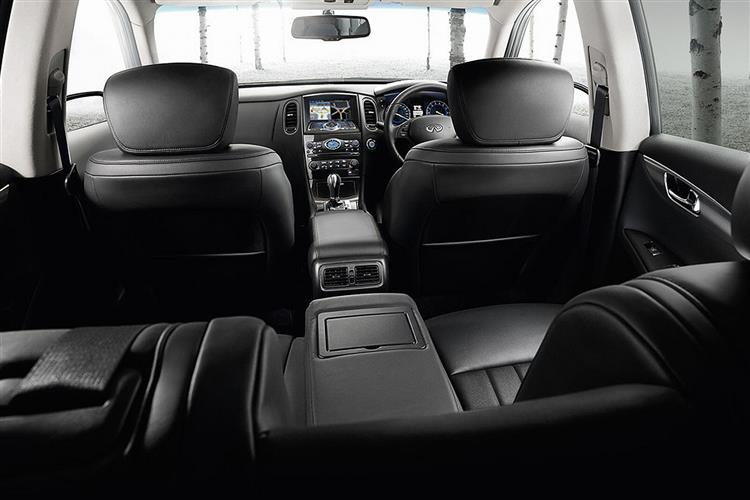 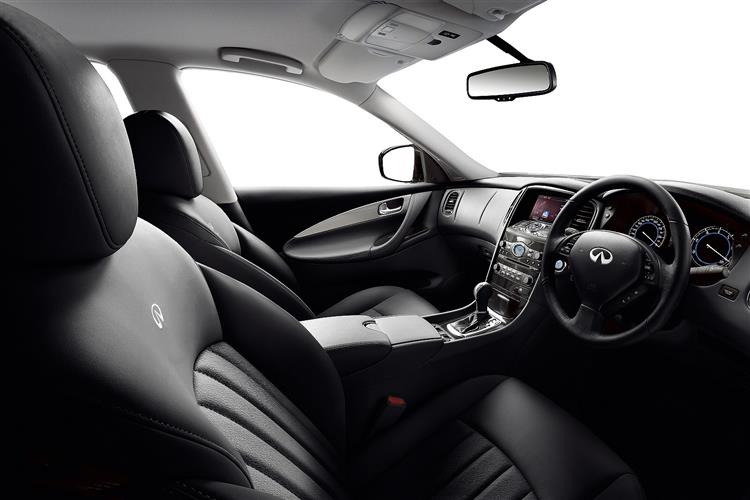 Infiniti's EX, launched here in 2009 and four years later re-branded as the QX50, brought a welcome touch of luxury and exclusivity to the top end of the mid-sized SUV category. If quality, performance and value take precedence over running costs and familiar prestige badgework, then it could be interesting used car alternative to this sector's more familiar names.

If you're looking for a mid-sized SUV from the 2009-2018 era, there are plenty of products jostling for your attention at the pricey premium end of the sector. Of course, cars like Audi's Q5 and Volvo's XC60 have about as much in common with mud-plugging SUVs as snow in summer but they seem to be what the market wants. If you're searching in this sector, here's another, less familiar name to add to your shopping list, Infiniti's EX, launched here in 2009 and four years later re-branded as the Infiniti QX50. Infiniti is Nissan's luxury brand, a new name to Europeans back in 2009 but a familiar one in the US where it fulfils the same kind of role that Lexus performs for Toyota. The EX was one of the brand's better selling models on these shores but that was still a relative term, with sales in the hundreds rather than the thousands, thanks to a tiny dealer network and the fitment of big six cylinder engines, either a 3.0-litre diesel or the 3.7-litre petrol unit from the Nissan 370Z sports car. Infiniti called this mid-sized SUV a 'Crossover', a reference to the fact that, despite the fitment of all-wheel drive and a high SUV-style stance, this car was even less 4x4-like than some of its rivals. Picture something between a small prestigious estate car and a small prestigious SUV and you'll probably get the idea. The QX50 sold in ever-dwindling numbers until Infiniti stopped selling in the UK in 2019.

It's hard to pigeonhole the look of this Infiniti. Just when you think you have, you view it from another angle and change your mind. Yes, it's unmistakably an Audi Q5 or Volvo XC60-like prestigious compact SUV - except that unlike those kinds of cars, there's a lovely coupe-like sweep to the rear haunches which compromises luggage space but improves the looks of the car no end. In the same way that a BMW X6 provides a sportier, swoopier option to a boxier X5 in the large luxury 4x4 class above, the EX (re-badged in 2013 as the QX50) offers the same kind of alternative to squarer rivals in the sector below. Or does it? Check out the unfashionable amount of fresh air sitting between tyre top and wheel arch. Doesn't that leave this car carrying hints of jacked-up estates like the Volvo XC70 or the Audi allroad? Perhaps. Maybe that's a good thing. After all, to want to buy any Infiniti model, and especially this one, you're going to need to be someone prepared to try something a little different. Inside, there's no argument. The cabin is up-market and attractive, with standard leather trim and what seems like every automotive gadget known to man. Even the things that other plush brands skimp on like the plastics in areas like the bottom parts of the doors and the seats are of exemplary quality. You won't have any trouble in getting comfortable behind the wheel either, thanks to electrical adjustment for the seats and the steering column. In the back, things aren't quite so spacious and at 340 litres, boot space is significantly less than you'd get from boxier rivals. Still, at least you can easily make the most of what there is thanks to the way the rear seats go up and down electrically to potentially free up a total of 1175-litres of space.

It was hard to find too many Infiniti EX or QX50 owners with much of a bad thing to say in our customer survey. One owner of the diesel variant had an exhaust problem which caused the engine to malfunction, an issue then diagnosed as a sensor issue; basically, if you feel any engine issues on the test drive, then walk away. An owner of the petrol model needed a new wheel bearing and a new ignition switch, but otherwise had no issues. Check all the media tech on your test drive - and the workings of the navigation system to see if it's been kept up to date. Check the touchscreens and Bluetooth connectivity. Check the leather upholstery for cuts and stains. And inspect the alloy wheels for kerbing damage. Check all the electrical functions too. Otherwise, it's just the usual things: insist on a fully stamped-up service history.

Fill out the simple form below to get a quote for this Ford Transit Connect 230 L2 Diesel 1.5 Ecoblue 100ps Leader D/cab Van Powershift lease.