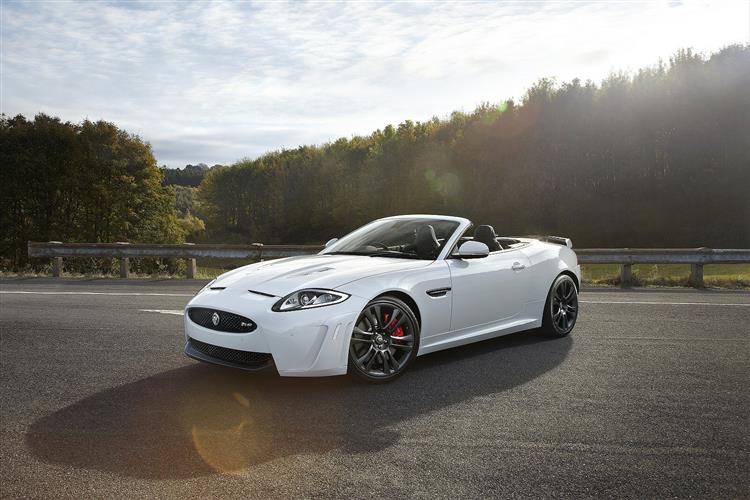 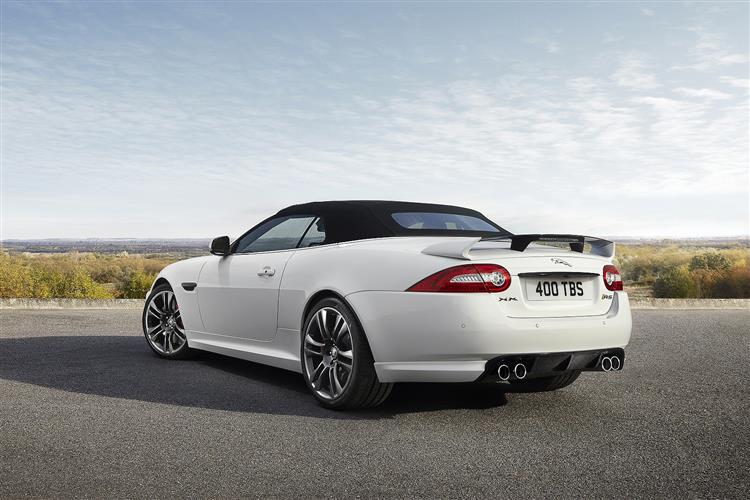 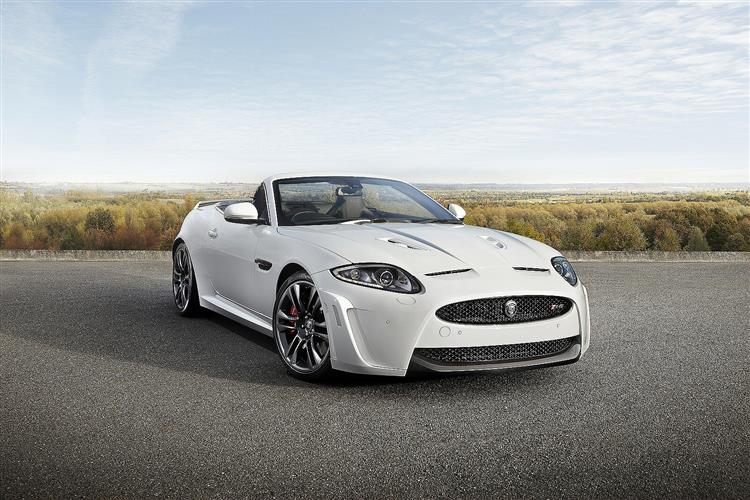 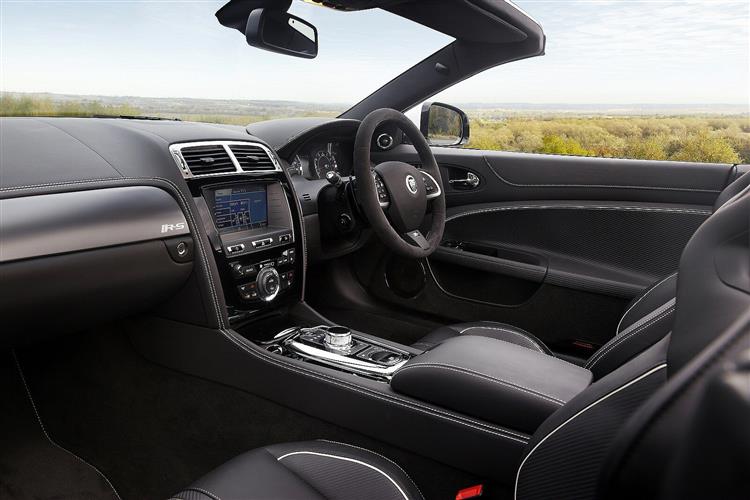 Jaguar's XK Convertible is a high performance Grand Tourer that also aims to offer the heart and soul of a sportscar as it combines refined performance and luxury in equal measure. The gloriously melodious 5.0-litre V8 engines offer the perfect accompaniment and roof-down, you can enjoy them even more. How does it stack up as a used buy? Let's find out.

Think of a quintessentially British luxury convertible sportscar. The kind of classy Riviera conveyance Audrey Hepburn would have chosen. A perfect reward for a lifetime's endeavour. If you're anything like us, then this is the car that'll come to mind, Jaguar's XK Convertible. It was first launched back in 2006 but throughout its production life, a fair degree of evolvement took place, first with the replacement of the normally aspirated and supercharged variants of the original 4.2-litre V8 with a 5.0-litre version of that unit in 2009. Then with a styling update and the introduction of a supercar-slaying XKR-S flagship version in 2012. This was all necessary, for in the later stages of this model's product cycle, the luxury sportscar market segment saw the launch of new generation versions of all three of this car's closest competitors, the Mercedes SL, the BMW 6 Series Convertible and the Porsche 911 Cabriolet. Throughout the life of the XK, the convertible part of its appealing formula remained the same, the beautifully crafted triple-lined fabric roof raising and lowering in less than 18 seconds, disappearing into the bodywork when retracted to be concealed by a carefully crafted aluminium tonneau cover. Right up to the end of sales in early 2015, it remained one of the most beautiful cars of its kind. But how does it stack up as a used buy? Let's find out.

Be honest: you want one don't you? You probably wouldn't be reading this otherwise. The dramatic seductively sweeping curves of the bodywork are supposed to have been inspired by those of actress Kate Winslet - according at least to stylist Ian Callum. This was his first Jaguar design and it was also the first of the brand's cars to feature the aluminium construction supposed to make this model 30% stiffer and 100kgs lighter than its XK8 predecessor. You wouldn't know this of course from looking at the shapely profile - and to be frank, you wouldn't guess the fact from looking at the stats either: this car's 1.7-tonne kerb weight makes it no lighter than a rival Mercedes SL and that car has to carry a heavy metal-folding roof. Still, forget the facts: just revel in the contemporary fusion of power, style and uncompromised luxury which, according to Jaguar, is what we have here. It certainly looks an assured piece of work, with the oval front grille and the way the rear cabin tapers in over the haunches both classic E-Type-inspired touches. Even the front badge is a nod to that illustrious sports coupe. The car looks sinewy and muscular, the sheet metal stretched over something seriously purposeful. Not that the whole look didn't benefit from refreshment throughout the XK model's lifetime - as you'd expect given a spell on the market that dated between 2006 and 2015. The 2012 model year wash 'n brush-up saw the adoption of slimmer front headlamps that incorporated LED signal functions and running lights. Combined with a larger grille and a sleeker bumper design, this all gave the XK a bit more 'rear view mirror' recognition. XKR-specific bits include a more aggressive colour-keyed front bumper that, if not quite as extreme as the one you get on an XKR-S, is certainly menacing enough to scatter fast lane dawdlers as you bear down upon them, incorporating tall air intakes on each side that complement potent side power vents and old-school bonnet louvers. As you walk round the car, you glimpse 'R'-logo-ed brake callipers peeping out through enormous 20-inch 'SUPERCHARGER'-branded alloy wheels, while below the LED lamps at the back, the post-2011 XKR models feature a revised lower valance. Opt for a Convertible XK or XKR and you'll find that like Porsche and BMW - but unlike Mercedes - Jaguar has opted for a fabric roof, the triple-layered hood rising or falling in under 18seconds and slotting neatly beneath an aluminium tonneau cover when not in use. You'd expect the rag top approach to facilitate a larger boot than would be possible on a metal folding topped rival like Mercedes' MK6 SL. In fact, the XK lags a little behind the 364-litres available from its Stuttgart competitor. Still at least the 313-litres you get from the XK Convertible is only 17-litres less than you'd get from the Coupe. And that's almost three times what you'd get from a Porsche 911 Cabriolet from this era, enough to make the difference between pleasant packing into conventional suitcases for a weekend break and uncomfortable cramming of your designer clothes into squashy bags. Inside the wonderful snug yet spacious leather and alcantara-clad cabin, owners of earlier XK models will notice that the fit, finish and choice of materials of the post-2011 version is noticeably more up-market - once they've adjusted to the replacement of the original XK's J-gate auto gear lever with a neat rotary JaguarDrive Selector. It rises up into the palm of your hand after you press a Start button that pulses red on the centre console while around you, the dashboard illuminates and the cabin features are highlighted in a cool phosphor blue. At the same time, the 7-inch colour touchscreen that dominates the centre of the dash lights up, controlling satellite navigation, climate control, Bluetooth 'phone functionality and in-car audio. Around it, dark wood veneer and aluminium trim supply the necessary sporting ambience and electric adjustment of both seat and steering wheel mean it's easy to find the ideal driving position. Behind you, all models offer a couple of occasional small child-orientated seats that'll doubtless be more usually be used for the carriage of designer jackets or shopping bags.

Refer to Car & Driving for an exact up-to-date valuation section. <a href="mailto:info@caranddriving.com&subject=Used Car Price Request: Jaguar XK Convertible (2006 - 2015)">Click here</a> and we will email it to you.

Early XKs had their share of niggling faults but by the time production reached the post-2011 models we'd recommend you look at, the company had ironed out most of the issues. Most of the issues reported concern suspension issues - and there are a few reports of electrical issues that can prove costly to fix. A few gearbox and clutch issues have been reported too. Make sure that the big alloy wheels haven't been unduly kerbed too. Otherwise, the usual cautions still apply: stick to main dealers or reputable specialists and don't be tempted by a potential bargain car that doesn't have its service history present and correct, especially the supercharged XKR which can suffer cooling problems if subjected to hard track use.

(approx - based on a 2013 XK Convertible 5.0 V8) At dealers, parts are inevitably quite pricey. As a rough guide, a full exhaust system (without catalyst) is just under £600. Front shock absorbers are about £110 a pair. An alternator is about £300 and a starter motor around £300. Shop around a bit though and you can find cheaper prices; we found a brake disc at around £85, a water pump at £74, an oil filter at £26 and an air conditioning condenser at £95.

Fill out the simple form below to get a quote for this Ford Transit Connect 220 L1 Diesel 1.5 Ecoblue 100ps Trend D/cab Van lease.