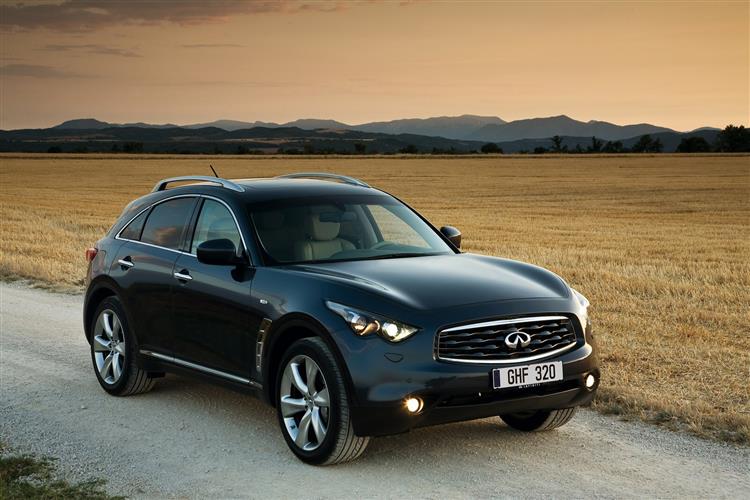 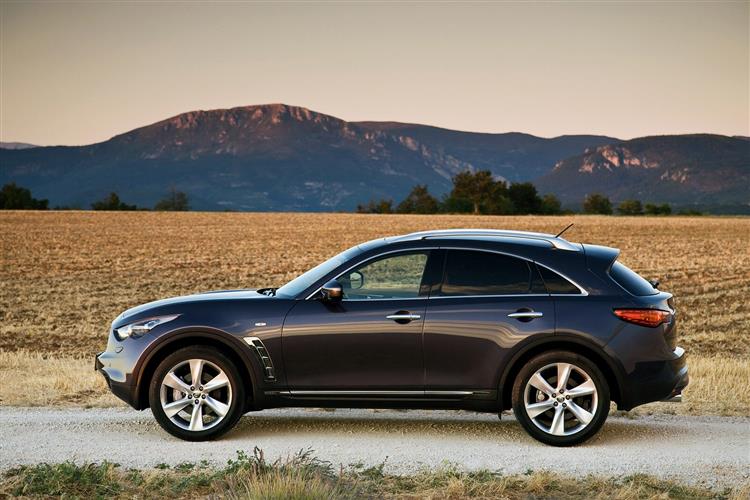 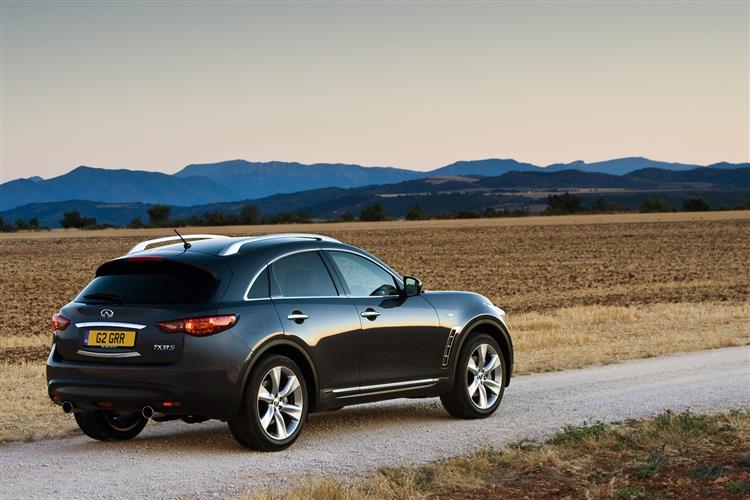 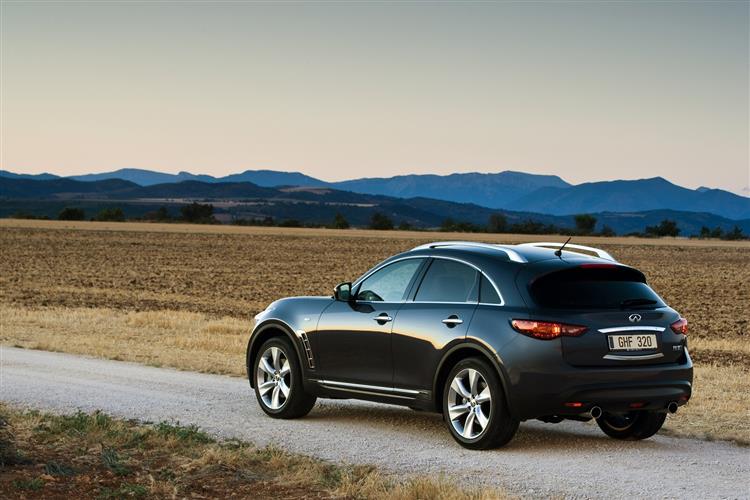 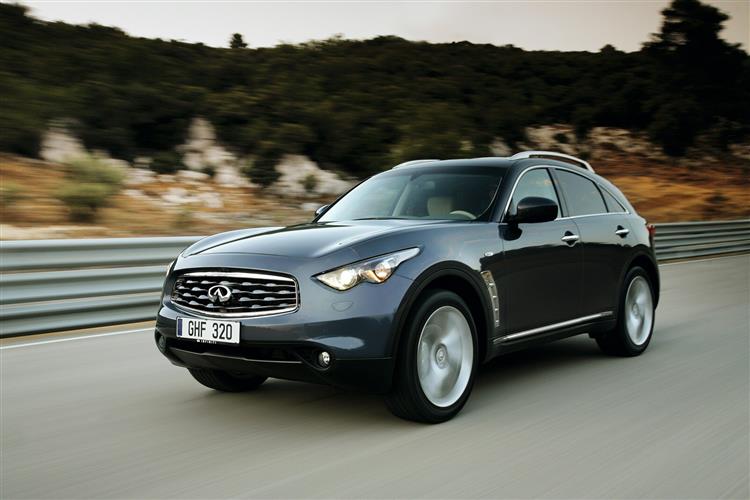 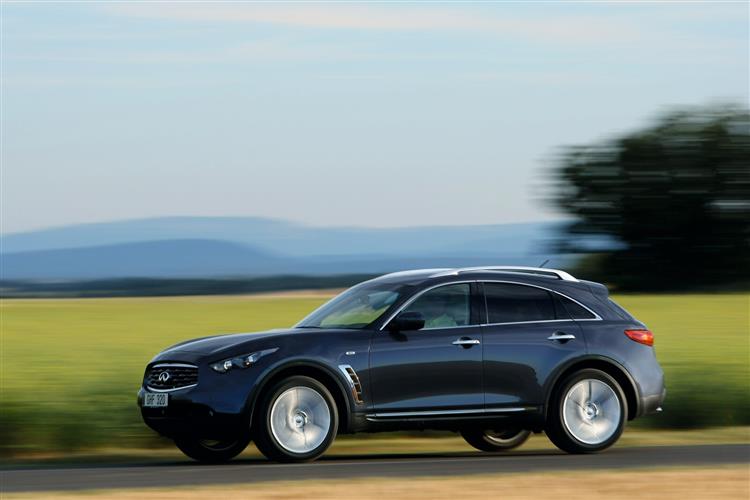 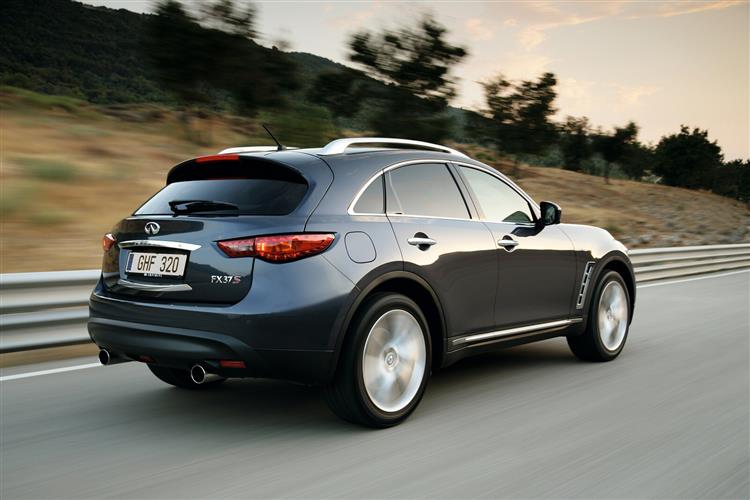 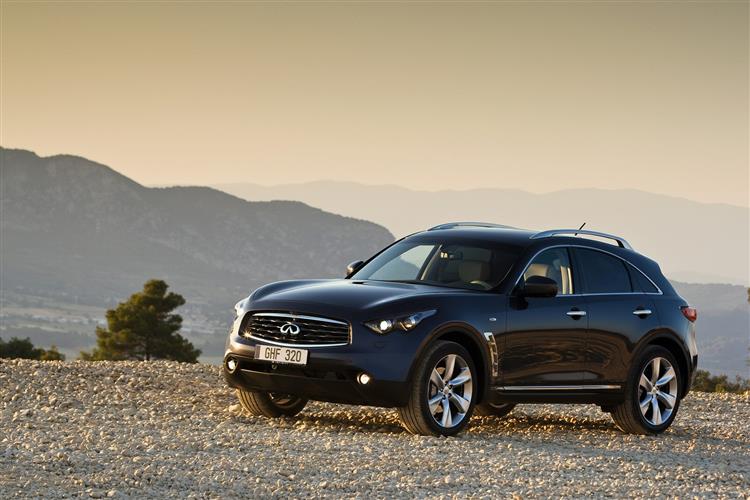 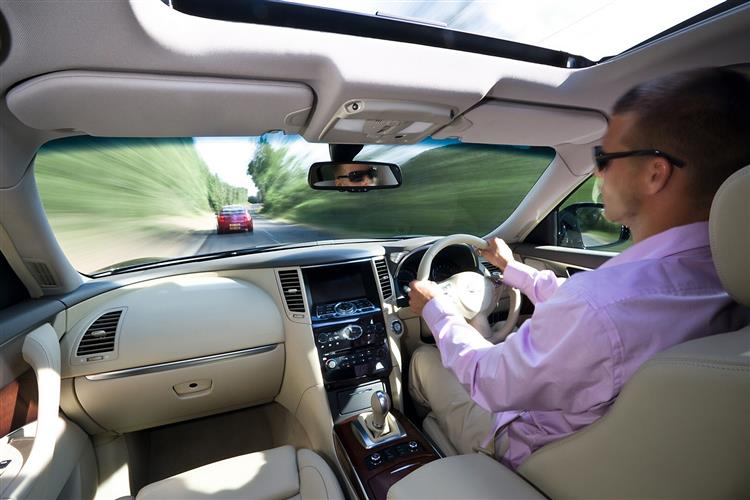 The Infiniti FX, later badged the QX70, was the design that represented Nissan's luxury brand in the segment for large luxury SUVs during this century's second decade. With lower order engines, this car took on BMW X5 and Mercedes M-Class sector rivals, while with more potent powerplants, this model could deal with more exclusive super-luxury SUVs like pricier Porsche Cayennes or the iconic Range Rover. On the used market, the FX / QX70 is a rare sight. It is worth seeking out? Let's find out.

There's something refreshingly honest about large, luxury SUVs, especially if they're petrol-powered. No eco-friendly pretences, this is perhaps the ultimate expression of in-your-face I-don't-care consumer choice. The green lobby may howl with protest at cars like the Range Rover, Porsche's Cayenne or this one, Infiniti's FX (later re-badged 'QX70'), but you can bet that deep down inside, like the rest of us, they'd really rather like one. The FX was first launched globally in 2002, but we didn't see it here until the Infiniti brand was launched in the UK in 2009, launching initially with 3.7 and 5.0-litre petrol engines; a 3.90-litre diesel variant arrived in 2010. These three variants sold with 'FX' badging until 2017, when they were re-branded with the 'QX70' nameplate. If you're shopping for a car of this kind on the used market, there are two real groups in the playground. The first offers you large, plush and in many cases really rather dynamic SUVs, models like BMW's X5 and X6, Audi's Q7 and Mercedes M-Class - maybe even a Range Rover Sport. These are tackled by the V6 Infiniti FX/QX70 37 model. But this luxury Japanese brand also wanted a slice of super-luxury SUV sales where more exclusive cars like Porsche's Cayenne and the Range Rover mop up well-heeled buyers. For these people, Infiniti's even more powerful V8 FX50 (QX70 5.0) model was designed to fit the bill. The QX70 sold in ever-dwindling numbers until Infiniti stopped selling in the UK in 2019.

With its elongated shape and small glass area, the FX / QX70 has the look of a coupe on stilts rather than a conventional large SUV. There are obvious similarities in the basic styling approach to the BMW X6 but the detailing is very different, with this top Infiniti model displaying curves and bulges in place of the BMW's sharp, angular lines. The long bonnet, steeply raked windscreen and vents behind the front wheel arches contribute to the sporty appearance. In the metal though, the car's sheer size means it still has the imposing presence of an exclusive luxury SUV. Luggage space is adequate for this size of vehicle - 410-litres with the rear seats in place and 1305-litres with them folded. Where potential buyers will really want to be reminded of how much money they've spent is inside. Sure enough, pull one of the lovely satin finish door handles and you'll enter a cabin that's beautifully built and looks very classy with touches like an oval analogue clock, though the use of some Nissan switchgear and a proliferation of buttons are amongst the reasons why it can't quite match the priciest offerings in this sector from this period. You can access many of the functions through standard-fit switches on a steering wheel that moves with the instruments, combining with the multi-adjustable leather seats to help you get really comfortable.

It was hard to find too many Infiniti FX or QX70 owners with much of a bad thing to say in our customer survey. One owner complained about a rocking driver's seat (seems to be a common issue) and paintwork that easily chips. Another had to replace an outer tie rod. Only one only had had more than a couple of problems (he had problems with wheel bearings, a faulty passenger-side mirror, door lock actuators, throttle body, CD player issues, that rocking driver's seat and a 'u1000' code intermittently [which causes the car to go into limp mode]). But even he still loved his car. If you're looking at an FX or QX70, as well as the issues above, it's just the usual things for a luxury SUV of this type. Check all the media tech on your test drive - and the workings of the navigation system to see if it's been kept up to date. Check the touchscreens and Bluetooth connectivity. Check the leather upholstery for cuts and stains. And inspect the alloy wheels for kerbing damage. Check all the electrical functions too. And insist on a fully stamped-up service history.

Fill out the simple form below to get a quote for this Ford Transit Connect 220 L1 Diesel 1.5 Ecoblue 100ps Leader D/cab Van lease.