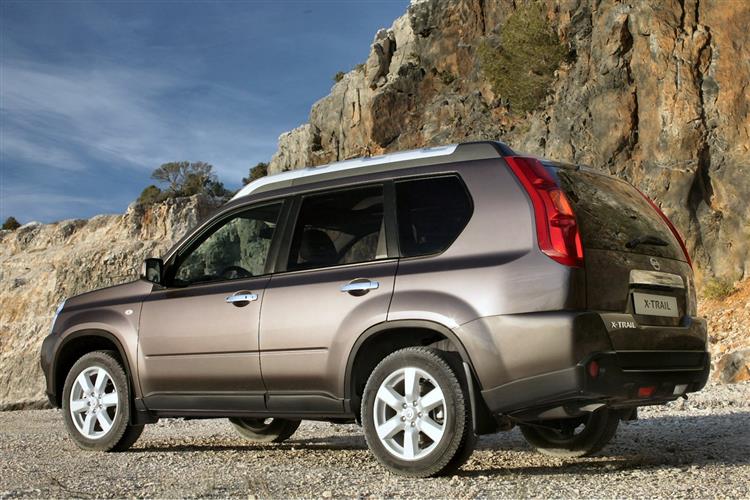 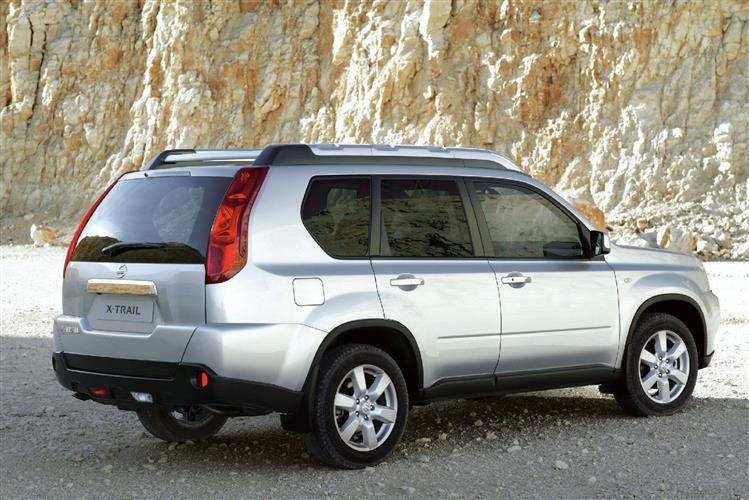 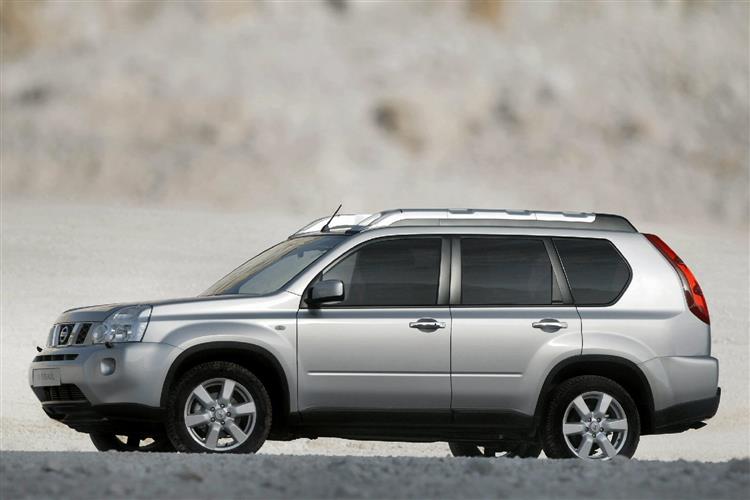 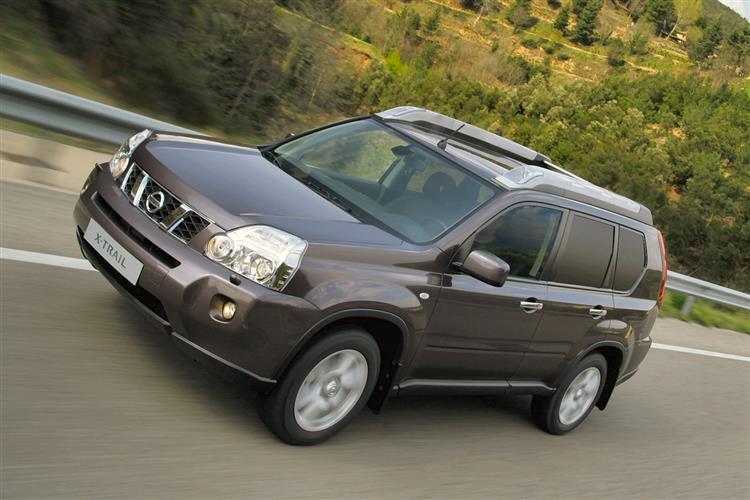 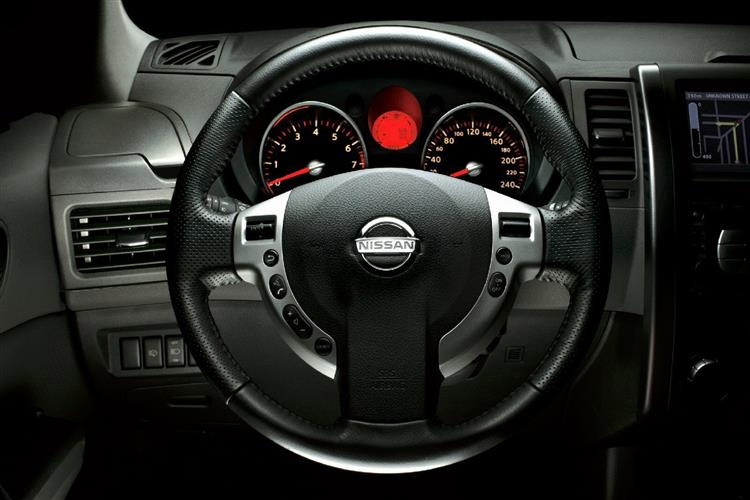 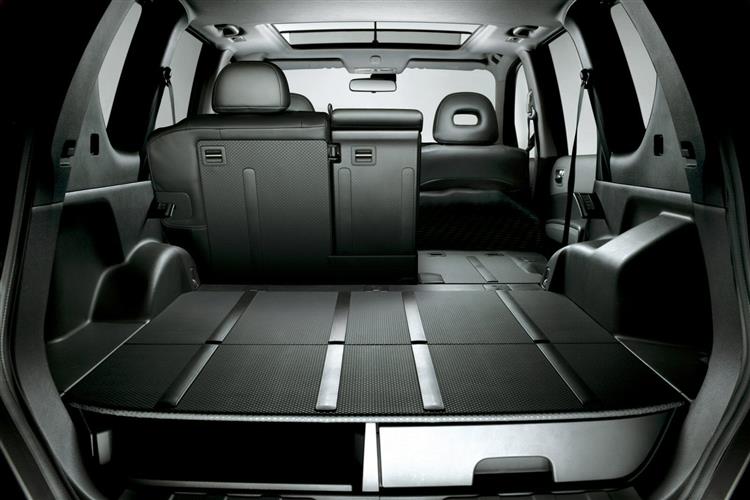 There are default names that car buyers turn to in any sector of the car market. Clio and Corsa make safe supermini bets. Focus and Golf always command respect from family hatch buyers. Fortunes shift and names change as new cars are launched but buyers know that if they stick to the mainstream's big hitters, they can't go too far wrong. Nissan's X-Trial was one of the main go-to cars for the UK's compact 4x4 buyers for a long time. This second generation version retained the mix of abilities that proved popular in the original and its robust construction should make it a rewarding used buy.

Around the early years of the 21st Century, it seemed that everyone wanted to drive a 4x4 and the car manufacturers were not about to disappoint them. Brands that already had a depth of 4x4 knowhow gained a head start and Nissan, which has a better pedigree than most when it comes to off-road vehicles, was one of the major beneficiaries. The original X-Trail, launched in 2001, won critical acclaim and big sales in the burgeoning compact 4x4 market but by the time this second generation version arrived, the competition had grown fiercer. There were more options available to consumers, many of them designed specifically for road use, and conquering a similar share of the market wasn't going to be easy. The X-Trail mark two was launched in 2007 with a range that wasn't dissimilar to the first generation car. Why change a winning formula? 2.0-litre and 2.5-litre petrol engines were supplemented by a 2.0-litre dCi diesel in 148 and 171bhp forms. Trim levels ran from Trek to Sport and Aventura. All models received the advanced ALL-MODE 4x4 system while the Sport and Aventura models got All-Mode 4x4-i with hill descent control and hill start assist. Extreme and Explorer were upgrade packages that could be applied to Sport and Aventura models to boost their specifications. Unlike in the previous generation X-Trail, front wheel drive versions were not offered. By 2007 Nissan had the hot ticket in the crossover 4x4 market in the shape of its QASHQAI and road-biased X-Trails would have stepped on its toes. In 2008, the X-Trail's cause wasn't helped by the launch of the Renault Koleos which used the same underpinnings shared engines. In 2009, the range was slimmed down considerably. By this stage, only the diesel engine was available and the trim designations were changed to Tekna and Acenta. Tekna was the range-topping model available only with the 171bhp diesel engine.

This X-Trail is slightly larger than its predecessor: its wheelbase was increased by 5mm to 2630mm, while overall length rose by 175mm to 4630mm. Much of this extra length can be found in the luggage area, which increased dramatically in size. With the rear seat in place, the original vehicle had a luggage area VDA measurement of 410 litres up to the lower edge of the rear window: in this MK2 X-TRAIL, the equivalent figure is 603 litres, an increase of 193 litres (including the capacity of the double deck under floor storage area). Fold the rear seats forward and this increases to 1,773 litres which bodes well for the X-Trail's family-carrying duties. The double deck luggage area has space for a sliding drawer under the floor where valuable items can be stored away from prying eyes. The drawer has partition walls that can be placed in a number of different positions or removed altogether as required. The floor and the drawer can both be removed to increase load space even further. Though there were exterior styling changes with this model, more important were the improvements wrought inside. Nissan knew that to compete against rival products like Land Rover's Freelander2, the Honda CR-V and Toyota's MK3 RAV4, it would have to up its game in terms of cabin fitment and this was duly done. The rather icky plastics of the first generation car were replaced with more soft touch finishes, metallic highlights and tonnes of auxiliary storage space. There's an extra 50 litres of oddment stowage around the cabin with various bins, boxes cubby holes and cupholders never more than a few centimetres away. The designers resisted the temptation to lever a useless pair of seats into the car's boot, the X-TRAIL remaining resolutely a five-seater unlike some of its rivals. It would have been thoughtful to have allowed the rear bench to slide to and fro, prioritising luggage or passenger space at will, but perhaps the boot was deemed big enough already. At least there's a rather neat 40/20/40 split system for the rear bench. The X-TRAIL looks good on paper next to its immediate rivals when it comes to standard equipment provision but then it always did. What's particularly impressive with the MK2 model is that Nissan has integrated all the bells and whistles so well rather than appearing rather hasty bolt-ons. On later examples, even the baseline Acenta variant comes with Bluetooth phone integration, alloy wheels, full body coloured bumpers, climate controlled air conditioning, a full suite of airbags (driver, passenger, side and curtain), plus cruise control, a panoramic glass sunroof and a CD/radio with 4 speakers. The Tekna model adds leather, powered and heated seats, DVD sat nav, a rear parking camera, xenon headlights and a BOSE sound system.

Refer to Car & Driving for an exact up-to-date valuation section. <a href="mailto:info@caranddriving.com&subject=Used Car Price Request: Nissan X-TRAIL (2007 - 2011)">Click here</a> and we will email it to you.

Lots of compact 4x4s were never designed for travelling off-road in conditions of any severity. The X-Trail was one of the models that could do the business if required but that means that used buyers should be extra careful. Get underneath the car and check that over enthusiastic off-roading hasn't wreaked havoc with the suspension, the exhaust, the front spoiler or the wheelarch liners. The interior is hard wearing but the car's family-carrying remit means that some cars may have been given a tough time by the younger generation. Check for missing bits of trim, crayon drawings on the upholstery and boiled sweets welded to the headlining.

Fill out the simple form below to get a quote for this Ford Transit Connect 210 L2 Diesel 1.5 Ecoblue 100ps Trend Van lease.