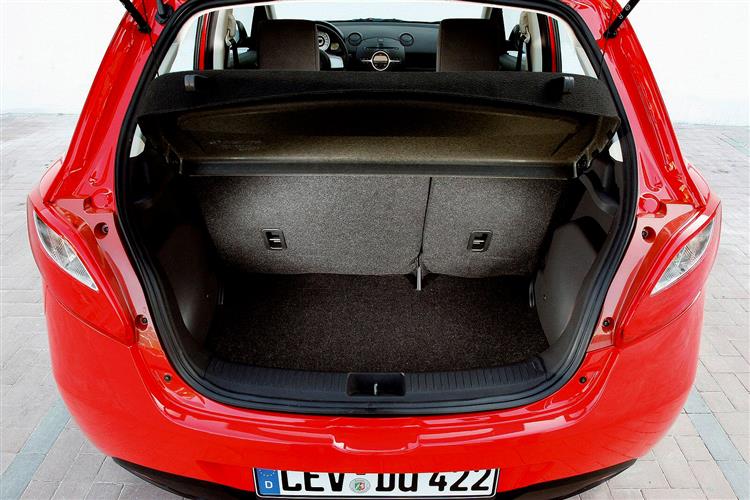 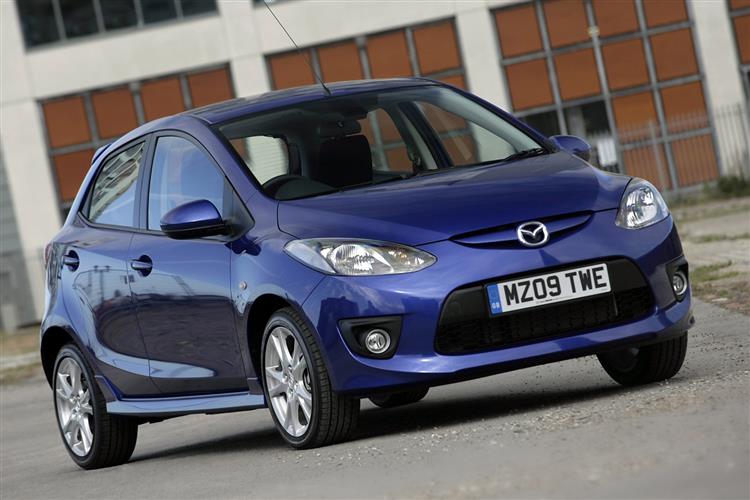 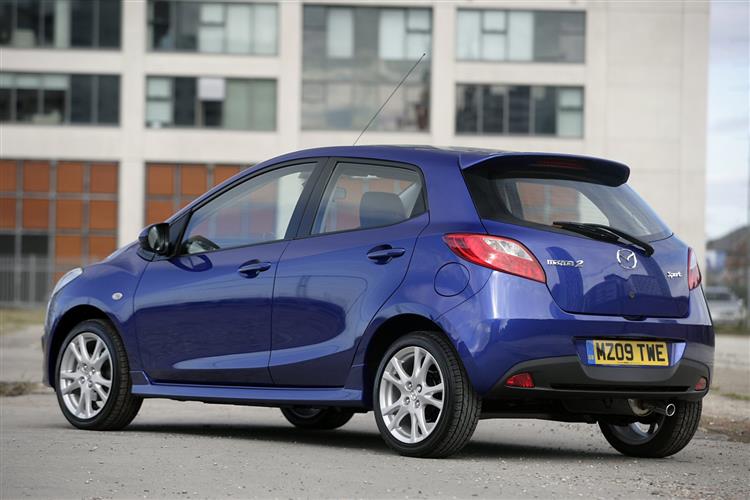 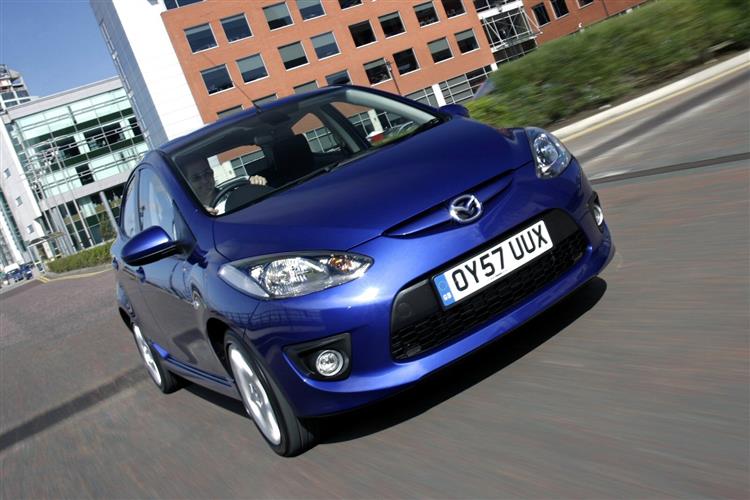 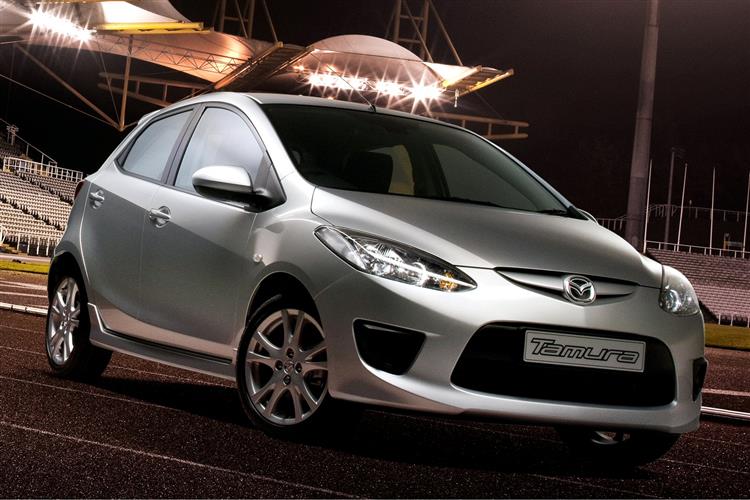 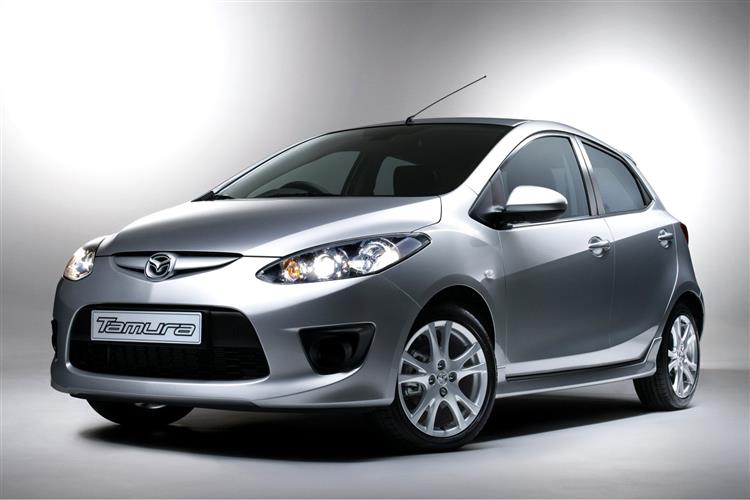 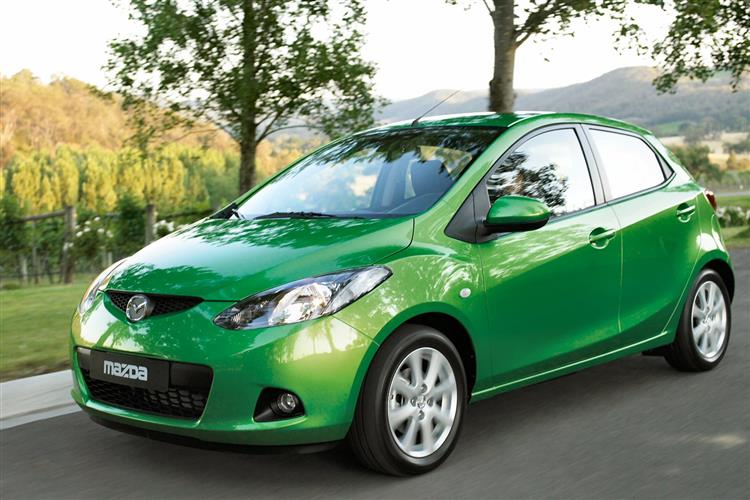 Mazda broke new ground with this Mazda2. For a long time, superminis had been getting progressively bigger and heavier but this one was lighter, shorter and lower than the car which preceded it. It started a trend that would influence the entire industry, as efficiency became the maxim amongst the leading vehicle manufacturers. The fact of its comparative lightness tells you quite a bit about the Mazda2's character and buyers hunting down a compact, sporty and affordable used car should definitely give it a chance.

Mazda's links to Ford have enabled it to piggyback on some of the best supermini designs of the last few years, namely those of the Ford Fiesta. The old Mazda 121, the original Mazda2 and this car are all based on the mechanicals of the equivalent generation Fiesta and that's something to celebrate. This Mazda2 broke from Mazda small car tradition in the respect that it doesn't look much like the Fiesta that runs on the same chassis but the similarities can be felt in the sharp handling and impressive agility. The five-door Mazda2 arrived first in the summer of 2007 and it took a year for the even more dynamic lines of the three-door car to make landfall. The range was all petrol from the outset with 1.3 and 1.5-litre units available but 1.4 and 1.6-litre diesels arrived later. The trim level structure was a simple TS, TS2 and Sport.

The car that Mazda whipped the dust sheets off at the Geneva Motor Show in 2007 was undoubtedly a very tidy piece of styling. With a sharply rising waistline that suggested a three-door bodyshell, it was clear that the company had managed to give the car a lithe profile, while keeping the practicality of five doors. The three-door car arrived later and, if anything, is an even more attractive proposition styling-wise while following the same themes as the five-door. At the front, there's the V-shaped Mazda grille and the headlights are very deftly smeared into the front bumper assembly. Likewise the tail lights are neatly integrated into the tailgate which, from a practical perspective, doesn't have the widest aperture as a result. The interior features a number of welcome design touches such as a glove box with integrated magazine rack. There's also a floor console between the front seats with a large rear tray affixed. In total, there's 250 litres of storage space, which isn't half bad for a supermini. The rear seats are very roomy with space for a trio of adults at a push. The lesser models don't have split-folding rear seats but either way, there's 787-litre of space with the whole lot folded down. Access the rear seats isn't perfect, even in the five-door which has very small rear door openings. Silver on black detailing on the fascia gives a rather more grown up look and feel than many of the alternatives in the supermini market. The controls are simply laid out and while materials aren't of the best quality, the build is reassuringly solid. Even the entry-level cars had a decent kit quotient. This runs to ABS with Brake Assist and EBD, driver and front passenger airbags, remote central locking with deadlocks, electric front windows, driver seat height adjust, CD radio with AUX jack and two speakers, multi-function glovebox with magazine rack, Thatcham Category 1 alarm and immobiliser and electric door mirrors. At the top of the line-up sit the 1.5-litre petrol and 1.6-litre diesel models which wear a 'Sport' badge apparently justified by a 'full sports styling kit'. Buyers of these models can expect 16-inch alloy wheels, dynamic stability control, traction control, cruise control, fog lights, rain sensing wipers and auto lights, electric rear windows, a trip computer, speed alarm, six audio speakers and climate control air-conditioning.

Refer to Car & Driving for an exact up-to-date valuation section. <a href="mailto:info@caranddriving.com&subject=Used Car Price Request: Mazda2 (2007 - 2010)">Click here</a> and we will email it to you.

The Mazda2 has performed well in customer satisfaction surveys and the mechanicals are largely tried and tested fare. To date, it's largely a clean bill of health for Mazda's baby. As with any car that's often used for city/shopping duties, check for knocks and scrapes.

(approx based on a Mazda2 1.3) A clutch assembly and an alternator will both be around £80. Front brake pads are around £30 a set and the rears £20, a replacement headlamp is close to £100 and a manual door mirror should be in the region of £70.

Fill out the simple form below to get a quote for this Ford Transit Connect 200 L1 Petrol 1.0 Ecoboost 100ps Trend Van lease.