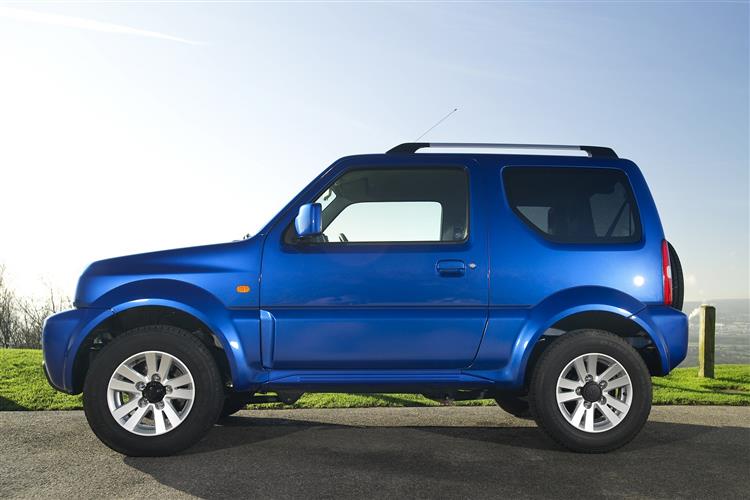 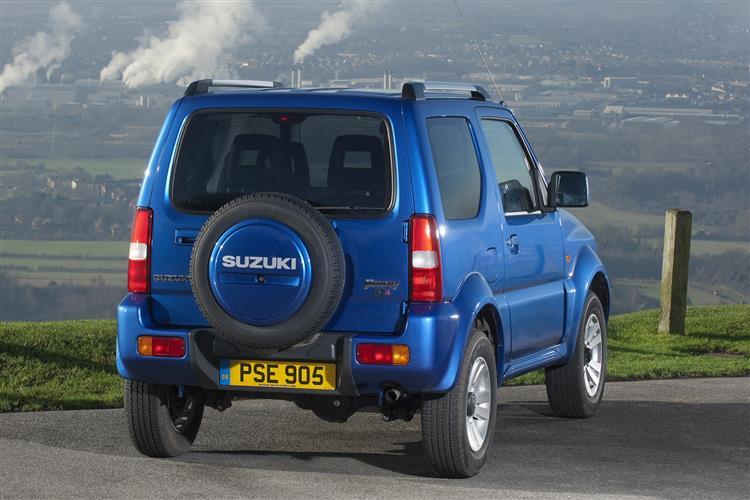 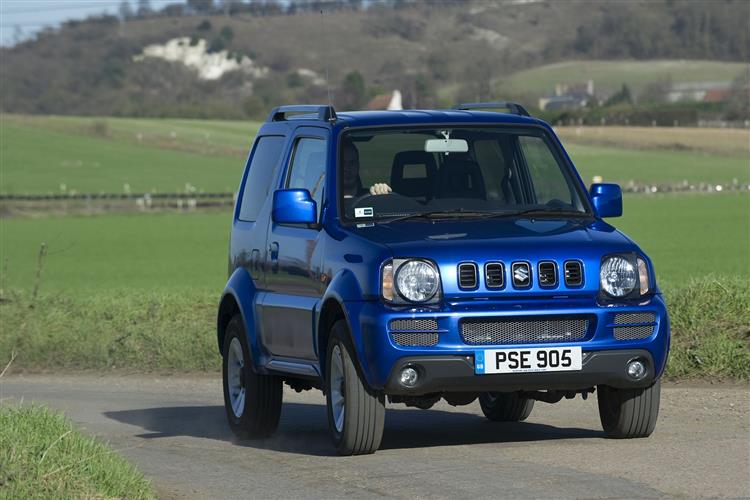 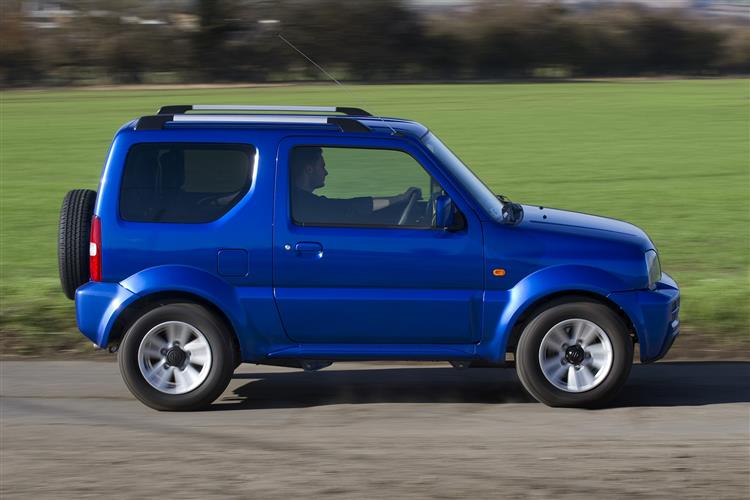 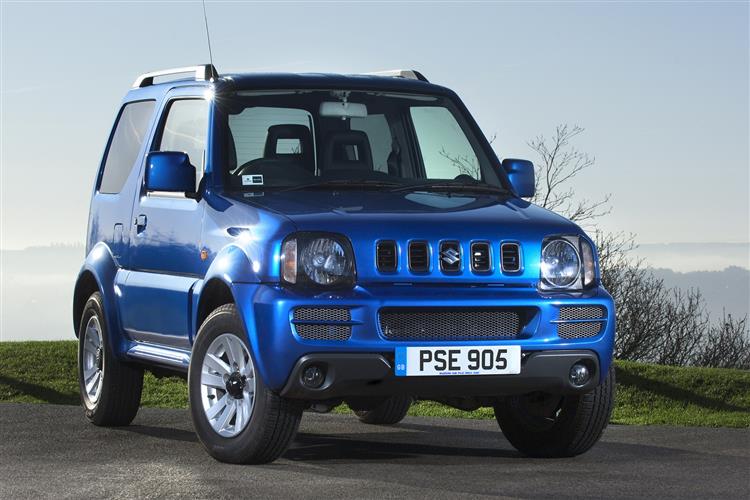 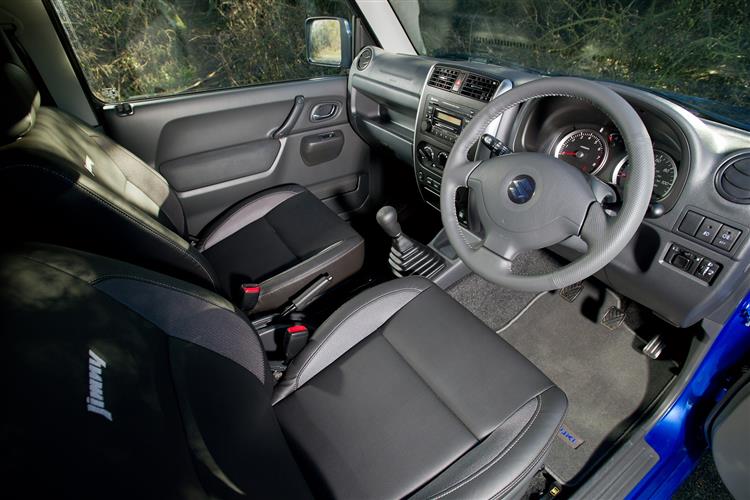 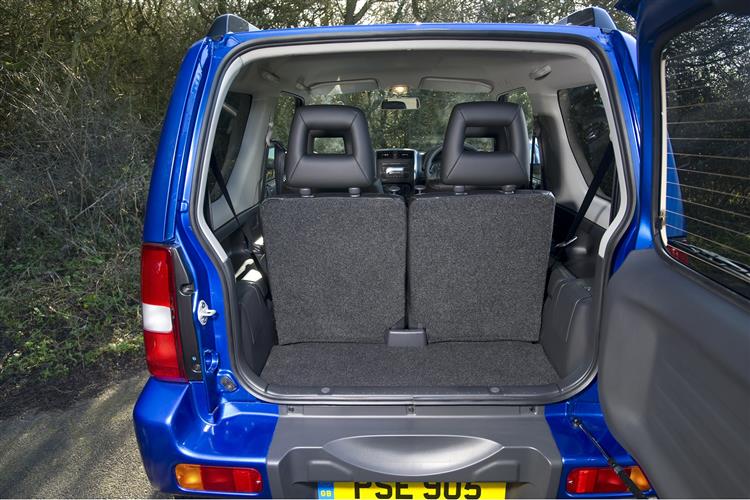 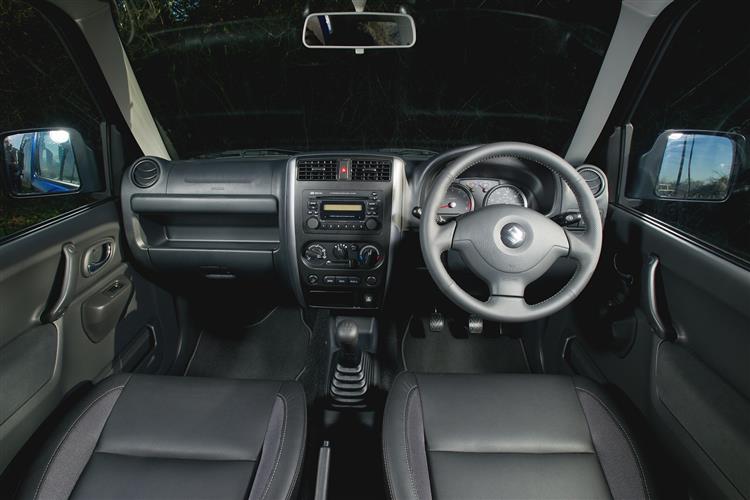 Small and tough, the Suzuki Jimny is an ultra-compact 4x4 with genuine character. The MK3 model we look at here feels crude in terms of ride, handling and refinement but it's hard to grumble at the prices being asked. Although running costs are quite high, the Jimny is still just about the cheapest viable off-roader from the 1998-2018 era on the market.

The Jimny story dates back to the late Sixties and a product called the HopeStar OM360 manufactured by the Hope Motor Company, essentially a kind of scaled-down World War II Willys Jeep. Suzuki bought the rights to make this little 4x4, updated it and re-launched it in April 1970 badged as its 'LJ' series. Eleven years later, with a quarter of a million worldwide sales on the board, the company replaced that car with a model you're more likely to remember, the 'SJ' Series, which in the Eighties gained unwanted notoriety for its alarming tendency to tip over when cornering at speed. Nevertheless, nearly 1.7 million SJs had been sold by 1998, the year this MK3 model was launched. This third generation design was the first in the model line to be generally known in our market by the Jimny name and was a far more civilised thing than its predecessors - or at least it seemed that way at launch. As the years passed though, the Jimny looked more and more at odds with the kind of cultured little runabout that customers increasingly expected a small SUV to be. It was, after all, uncompromisingly rugged and a loyal band of buyers made it clear to Suzuki that they wanted it to stay that way. It sold until an all-new MK4 model was launched in late 2018.

At first glance, the Jimny looks to be designed more for the mud than the metropolis. Flared wheel arches, bulky side panels, roof rails and that spare wheel on the tailgate give it a purposeful look intended to reflect a 'rugged personality'. Underneath all that, however, it's all surprisingly car-like. Instead of the 'garden shed' aerodynamics favoured by most off roaders, the slippery body has a drag coefficient comparable with that of a normal family hatchback. The cabin, though dominated by grey plastic, is equally user-friendly, with a neat, simple layout that will confuse no one capable of operating a payphone. For a small car, the driving position is excellent, accommodating for anyone up to a six-footer, with plenty of head and legroom.

Refer to Car & Driving for an exact up-to-date valuation section. <a href="mailto:info@caranddriving.com&subject=Used Car Price Request: Suzuki Jimny (1998 - 2018)">Click here</a> and we will email it to you.

We came across quite a few satisfied buyers in our Jimny ownership survey, but some owners had problems too. Leaks on early soft-tops are a bit of a problem, not just because they're quite old now and the seals have probably perished but because the clips could snap. A replacement roof could cost as much as £500, plus fitting. Rust could be an issue with old Jimnys that regularly go off road. Mud that hasn't been cleaned off can trap moisture, which then leads to corrosion. As for the 1.3-litre engine, well in its earlier form, it used a timing belt that needs to be replaced every 70,000 miles, so look for evidence of this in the service history. Watch out for coolant leaks on older examples from either perished hoses or the radiator. If your Jimny has worn suspension components, wheel bearing issues, tired CV (constant velocity) joints or simply poor wheel balancing, then on your test drive, you'll feel plenty of wobble in the steering wheel above 50mph. Check that the 4WD system engages properly. The vacuum lines that go to the front wheel hubs could have perished, so it's wise to get the system inspected. There have been five recalls for the Jimny. The first was for a bolt that works itself loose on the gear selector of Jimnys made between 1 April 1998 and 31 October 1999.The second was in 2010 for an issue with the power steering pulley that may fail, reducing power steering assistance. Examples built between 9 May 2012 and 24 March 2014 potentially had a problem with the lateral suspension rods to the front and rear axle becoming loose. This can lead to excessive vibration in the steering wheel. A small number of models produced between 15 December 2014 and 16 January 2015 had a problem with the stability control unit that could potentially delay the operation of the braking system in an emergency situation. The brake booster of Suzuki Jimnys constructed between 18 January 2014 and 30 July 2014 may not have been up to specification and requires the driver to exert greater effort on the brake pedal in order for the brakes to work. Otherwise, there shouldn't be too much to worry about. Look out for the usual scratched alloy wheels and signs of child damage in the back. And favour cars that have a properly stamped-up service history.

Fill out the simple form below to get a quote for this Ford Transit 410 L3 Minibus Diesel Rwd 2.0 Ecoblue 170ps H3 15 Seater Limited lease.