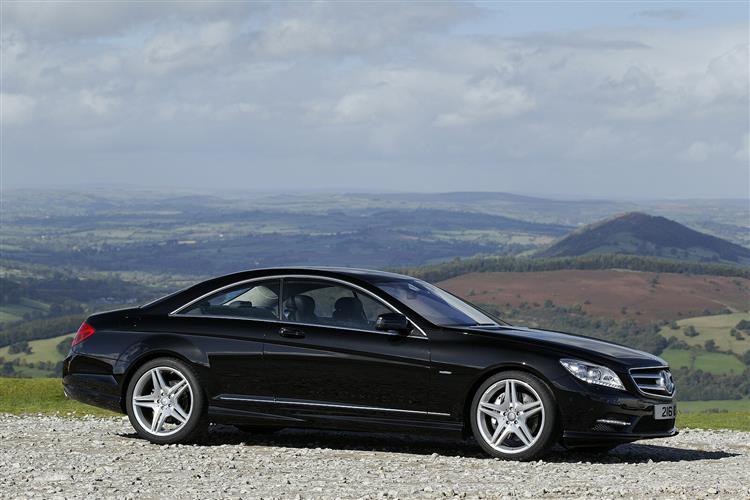 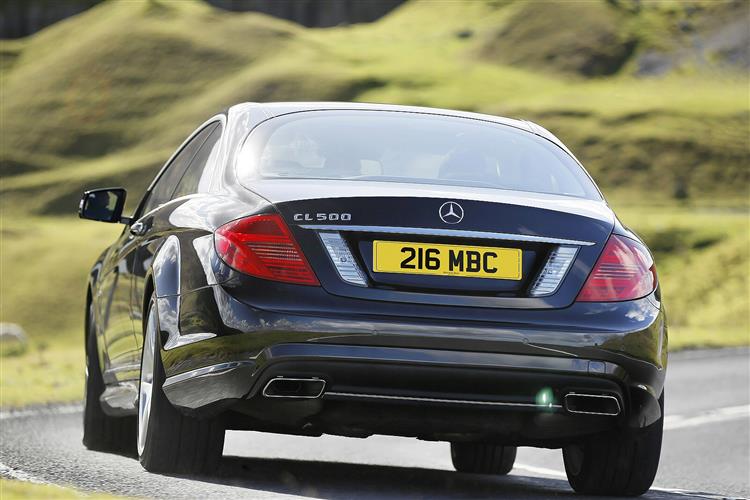 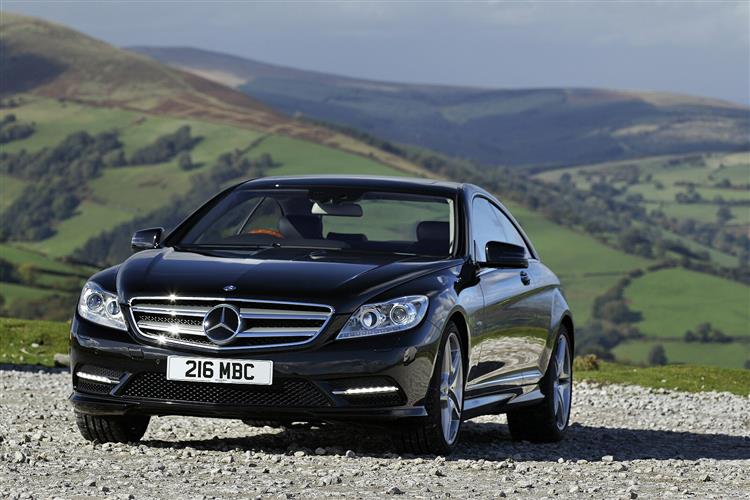 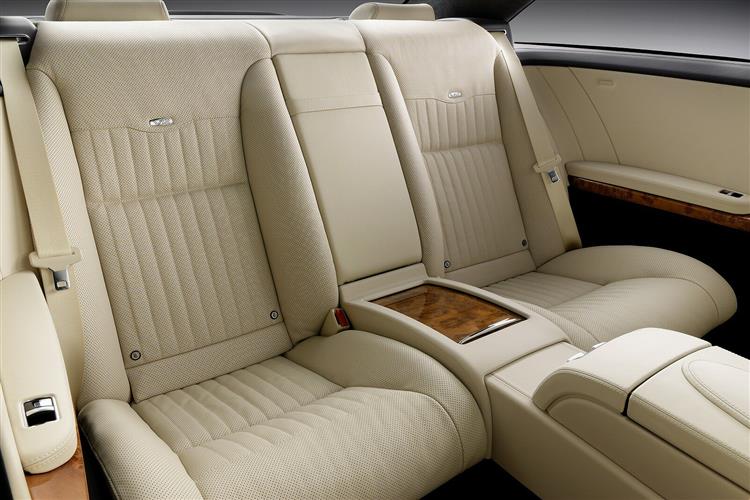 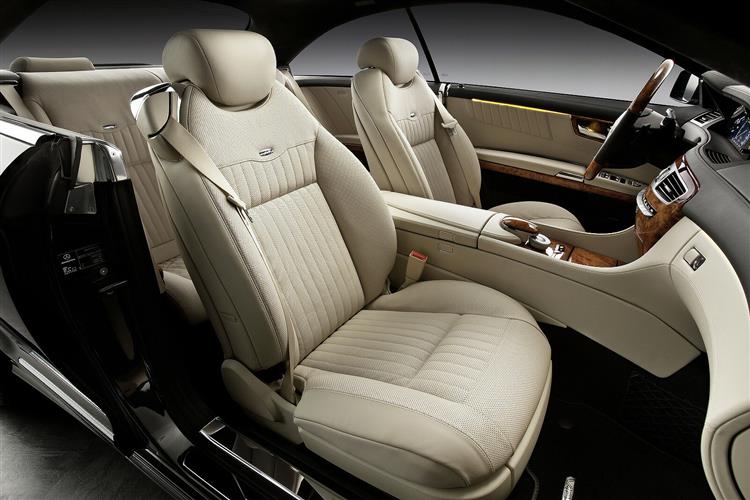 It's hard to believe that a vehicle with as much technology, power and quality as the Mercedes-Benz CL-Class can be quite so low key. You'd think that a super coupe that makes such big numbers would have a bit more to say about itself, but the CL is surprisingly discreet. It's a car that's often only discussed when drawing up lists of cars with the most catastrophic depreciation and for used buyers, the CL represents a great way of buying an awful lot of capability for not a huge amount of money. Here's what to look for when tracking down the last of the CL line.

The CL nameplate has been bookended at either end of its lifespan by the Mercedes-Benz S-Class Coupe, morphing from that model in 1996 and back into it in 2014. There are three key generations of CL. The first, the W140, was built between 1996 and 1998, the second, the C215 between 1999 and 2006 and the third - the one we look at here - between 2006 and 2014. It was heavily revised in 2010, the updates being revealed at that year's Goodwood Festival of Speed. It's that updated MK3 model we're looking at here. The updates comprised a new grille, bi-xenon headlights with LED technology, LED fog lamps, revised fenders and hood, and new exhaust pipes. On the interior the biggest change is the addition of a new wood trim. The CL-Class was also offered with technologies including: Active Blind Spot Assist, Attention Assist, Active Lane Keeping Assist, Night View Assist Plus, and Active Body Control. Based on the same underpinnings as the S-Class saloon, the CL coupe is just as wide and virtually as long as Mercedes' vast and much lauded luxury flagship. The key differences are that it gets by with only two doors and costs quite a bit more. The point of such a car isn't immediately easy to get a handle on, especially as rivals for the CL are not thick on the ground. Bentley's Continental GT and Maserati's Gran Turismo are the closest it has to direct challengers but neither maintains the low profile of a CL. Jaguar's XK and BMW's 6 Series are closer but less expensively high-tech in their approach.

The updated MK3 model CL might be less visually exuberant than its rivals but it's a far more elegant proposition than the bland CL models of the past. The distinctive V-shaped radiator grille, more pronounced bonnet profiling and sculpted headlights distinguish the third generation facelifted design, though the dramatically curving roofline and prominently creased flanks that characterise this CL remain. It's always been a big car but these CL models also provide the kind of useful space in the rear seats and boot that hasn't always been offered in previous generation variants. At 5,095mm from stem to stern and 1871mm wide, this is a serious piece of automotive real estate. The CL500 tips the scales at a formidable 2,070kg, with the V12-engined CL600 adding over 100kg to that. The CL has been designed as a proper four seater and the additional length built into this car's wheelbase gives it decent rear seat provision for adults. It's the front seats that are the real showstoppers though. Opt for the CL600 and instead of just the usual heated sports seats, customers get what can only be described as the last word in automotive chairs. Pneumatic lumbar supports and four-way electric adjustment allow for a prefect driving position while active ventilation helps cool your back and posterior on hot days. The best part is the dynamic multicontour facility with massage function that gently mobilises your lumbar vertebrae to prevent lumbago setting in on long journeys. It's not hard to see why the CL weighs as much as it does. It's absolutely stuffed with technology. The bi-xenon headlights not only swivel with the driver's steering inputs to better illuminate the road ahead but they have five lighting modes which are activated according to the driving and weather conditions. Adaptive High Beam Assist detects on-coming traffic at night and dips the full beam, while the optional Night View Assist function shows an infrared image of the road ahead on the dashboard screen, highlighting pedestrians. Active Lane Keeping Assist uses a camera to identify lane markings and warns if the CL leaves its lane unintentionally and Active Blind Sport assist warns of vehicles in the CL's blind spots. The in-car entertainment provision on the CL is also quite something, with all of the functions marshalled by the COMAND control system. There's a Bluetooth phone system as standard and original buyers could upgrade to a Harmon Kardon surround sound stereo with DAB digital radio and a 7.2Gb hard disc music server. As part of the package, the Splitview screen allows different content to be viewed on the centre screen by driver and front passenger.

Refer to Car & Driving for an exact up-to-date valuation section. <a href="mailto:info@caranddriving.com&subject=Used Car Price Request: Mercedes-Benz CL-Class (2010 - 2014)">Click here</a> and we will email it to you.

Insist on a full Mercedes dealer service history, given that the lengthy warranty - effectively for the life of the car - is dependent on proper servicing by an authorised agent. Check that all the accessories work and watch out for cosmetic damage which can be expensive to correct. Also look for the usual signs of wheel kerbing and poorly repaired accident damage. One of the biggest potential bills comes with failure of the Active Body Control, a system which distributes wheel loading around the chassis via air springs to counter pitch and squat as well as body roll. Check that the seven-speed automatic gearbox downshifts properly. The Alubeam paint finishes also require specialist care.

Fill out the simple form below to get a quote for this Ford Transit 350 L5 Diesel Fwd 2.0 Ecoblue 130ps Leader Skeletal Chassis Cab lease.