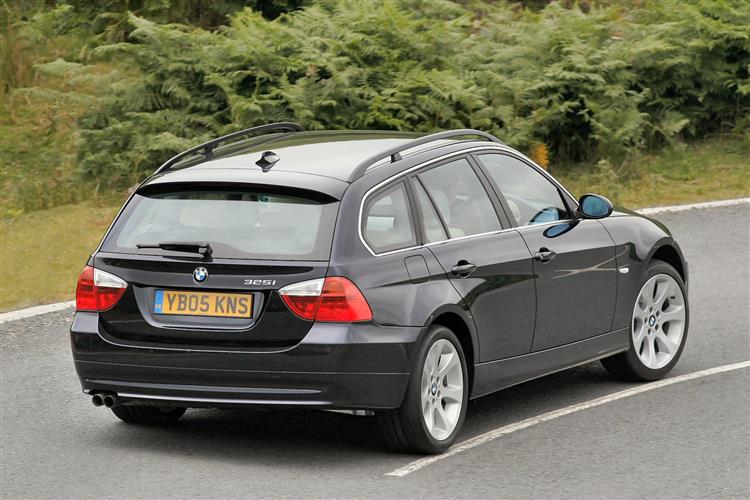 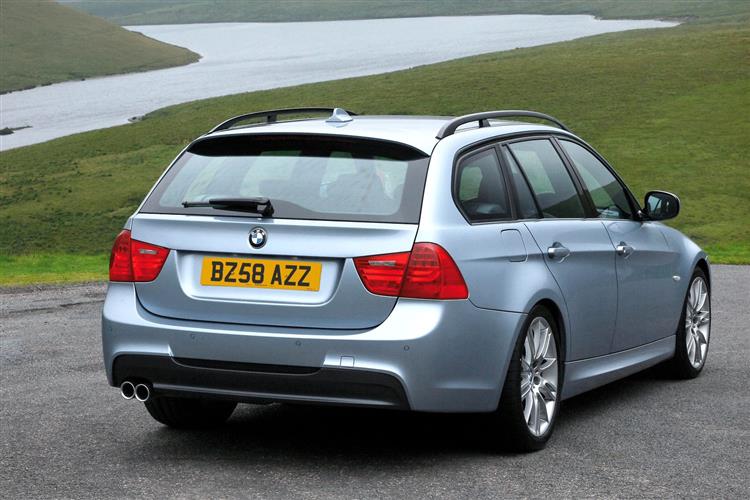 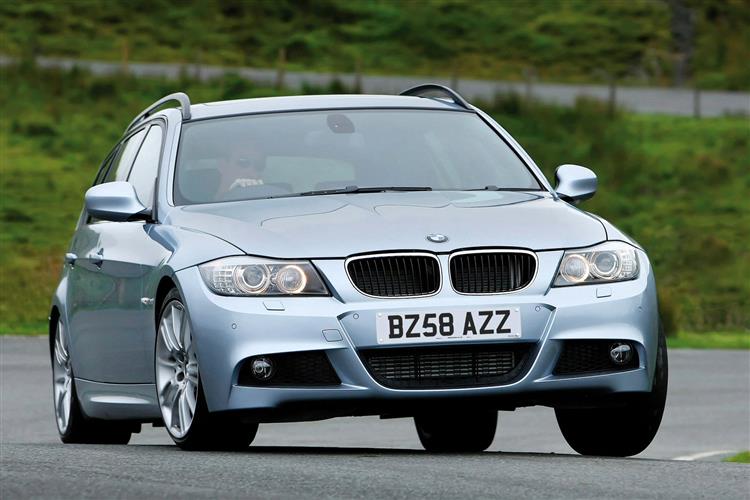 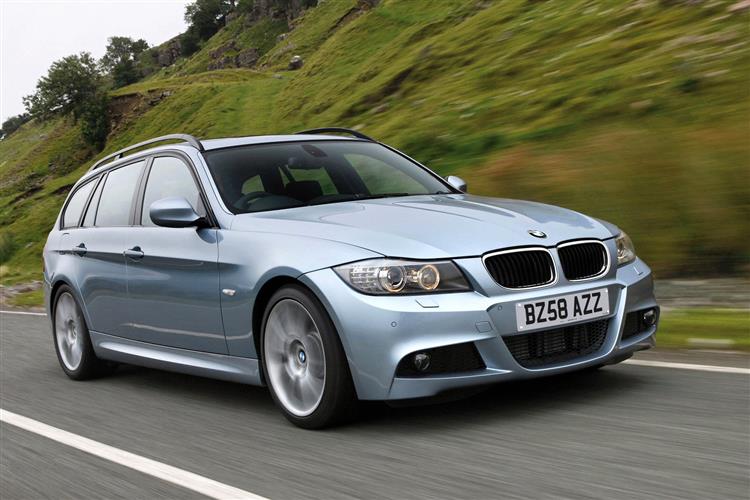 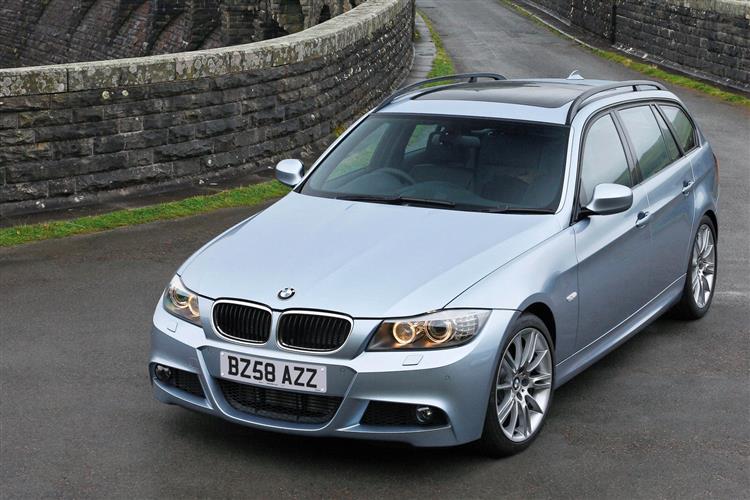 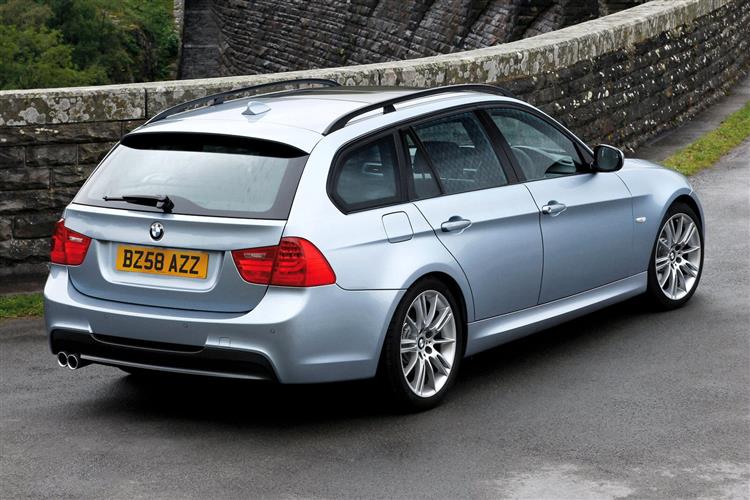 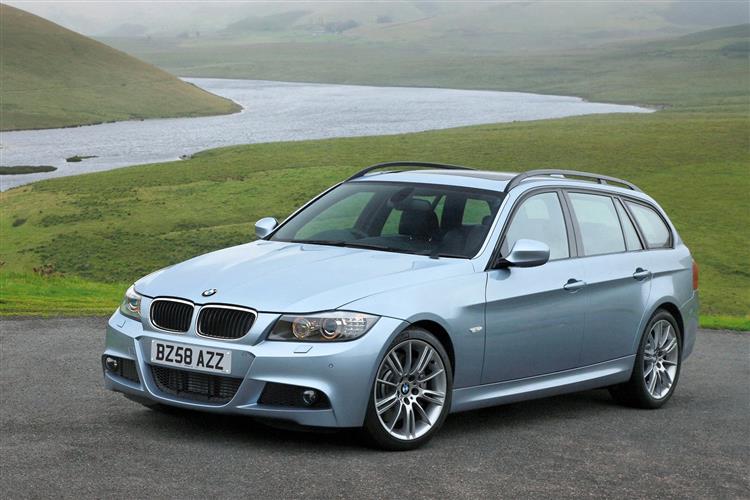 Just occasionally it's refreshing to choose something alternative, to swim against the tide a little. On other occasions, there are reasons why a given car is so popular and in the case of BMW's 3 Series Touring, it's not hard to see why. Beautifully finished, great to drive and with low depreciation that keeps a lid on running costs, the 3 Series Touring remains a very informed pick.

The Touring has long been the minor player in the 3 Series firmament, lacking the big volumes of the saloon and the glamour of the coupes and convertibles. Nevertheless, when the money men in Munich looked at the way the market was shifting, it became apparent that the E912 generation 3 Series Touring, introduced in September 2005, would be a key contributor to BMW's bottom line. After a period where estate cars seemed to be utterly toxic to European buyers, many customers defecting to the charms of small MPVs and 4x4s, the lure of a smart handling car that could still do the family duties started to draw customers back. Business user choosers swelled their numbers and the 3 Series Touring was a massive beneficiary. Bigger in every dimension to its predecessor, the 3-SeriesTouring range was fleshed out considerably in the years following its launch, with the 330i (July 2005), the 330d (November 2005), the 318i (January 2006), and the 335i, 325d and 335d (September 2006), the latter being the car that many have labelled the best in the real world. That's quite some billing. The Autumn of 2007 BMW included its EfficientDynamics package across the 3-Series range with dramatic effects. The technology uses Brake Energy Regeneration and Auto Stop-Start amongst other features to dramatically cut emissions and enhance fuel economy. The headline grabbing model was the 318d which became capable of over 60mpg on the combined cycle and 123g/km emissions.

It will be a surprise for most people to learn that many compact executive estate cars are only fractionally roomier than their saloon equivalents and some even have less space out back. Alfa Romeo's 156 Sportwagon could famously cope with 18 litres less than a 156 saloon and the Audi A4 saloon and Avant have similarly topsy-turvy load volumes. This is strange because anyone can see the additional bulk around a tourer's hindquarters which suggests that there should be more space in there somewhere and it's also a little alarming because estate buyers in this sector are typically asked to pay around £1,000 more for the privilege. That's extra money for extra space that may not necessarily be present. The carrying capacity of BMW's 3 Series Touring isn't smaller than that of a 3 Series Saloon, it's exactly the same. Like the other load-luggers in this sector, however, it justifies its price premium on grounds of versatility with a soupcon of 'lifestyle' kudos thrown in. By examining basic carrying capacities, we're not being entirely fair to these estates. You see, the practical advantages of the 3 Series Touring and its ilk over their saloon counterparts only really make themselves felt when there are less than four people in the car. You get a 460-litre void back there to fill with the paraphernalia of your choice and that doesn't compare at all favourably with the 460-litres you get in the saloon for £1,180 less. Fold the rear seats down, however, and the available space mushrooms up to 1,385 litres. Forget about taking garden rubbish to the council tip or shifting that chest of draws home from the furniture store, you could hold a wedding reception back there or have it converted into a squash court. The 3 Series Touring's 60:40 split-folding seats open up the possibility of seating a passenger in the back while still maximising the available loadspace and there are other practical features included in the package as well. Most notable is the split tailgate which opens up two different cargo access options by opening up in two sections. You can simply lift the standard tailgate to get at whatever you've got inside or release the rear window hatch which flips up to reveal a smaller aperture. Perhaps you've reversed up too close to something and there's no space to let the full tailgate swing upwards or maybe you just can't be bothered to open it. In either case, the hatch allows smaller items to be quickly and simply dropped inside. Under the floor, there's a waterproof container that can be used to house dirty items that might play havoc with the boot-floor carpet and the boot itself has a handy cargo net to keep unruly objects under control. If you had to pick fault, it'd be with BMW's build quality and no, this isn't a gripe about fit or finish. Rather, the German marque have surpassed themselves, producing a parcel-shelf-come-cargo-cover that's so substantial you need biceps the size of Bournemouth to lift it out. The Touring is a substantially more practical vehicle than the saloon but it also has other, less prosaic advantages. Personal taste will obviously come into play here but you could definitely argue a case that the 3 Series Touring is a better-looking car than the saloon. It's certainly true of Audi's A4 and a number of others, that the estate derivative has more of a cohesive look and purposeful stance than the saloon. Many 3 Series customers may find themselves preferring the practical Touring option on aesthetic grounds. What the Touring definitely does have is a 'lifestyle' edge to its image. A horrible marketing-speak word, 'lifestyle' has come to represent the kind of exciting, trendy activity-based existences that modern families with gleaming dental work are supposed to lead in their spare time. Even when you're packing the kids into the car to pop out and pick up something to shift the latest stain the cat has left on your carpet, it would be nice if the neighbours thought you were all off wakeboarding or paintballing for the day. With the 3 Series Touring, there's a slim chance they might.

Refer to Car & Driving for an exact up-to-date valuation section. <a href="mailto:info@caranddriving.com&subject=Used Car Price Request: BMW 3 Series Touring (2005 - 2012)">Click here</a> and we will email it to you.

Fill out the simple form below to get a quote for this Ford Tourneo Custom L2 Diesel Fwd 2.0 Ecoblue 185ps Low Roof 8 Seater Titanium lease.