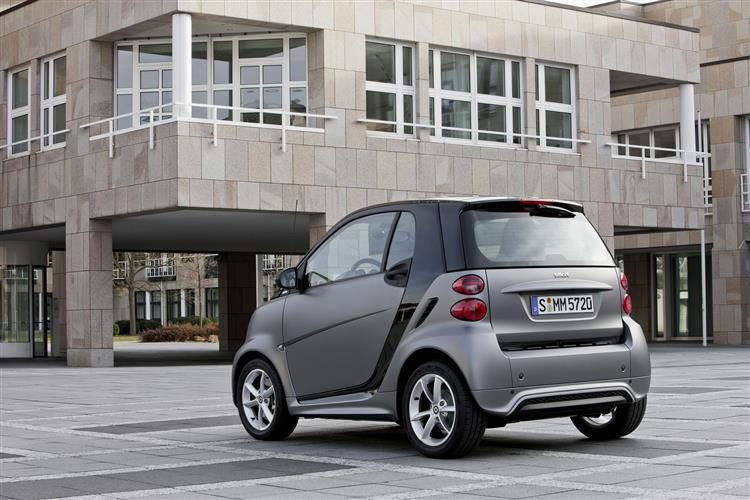 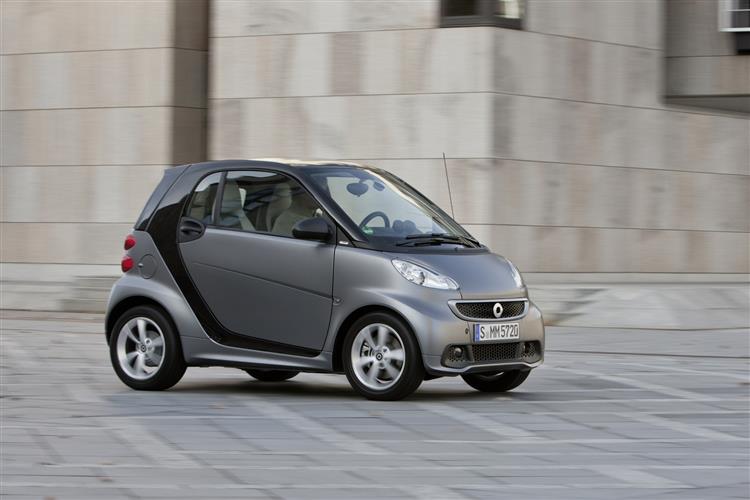 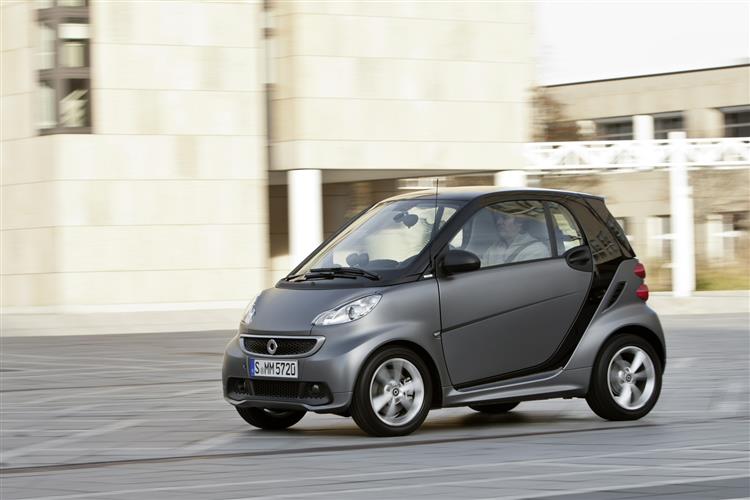 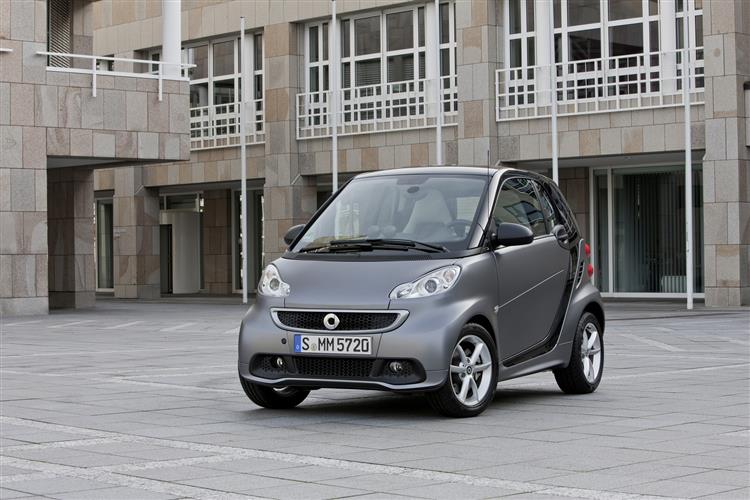 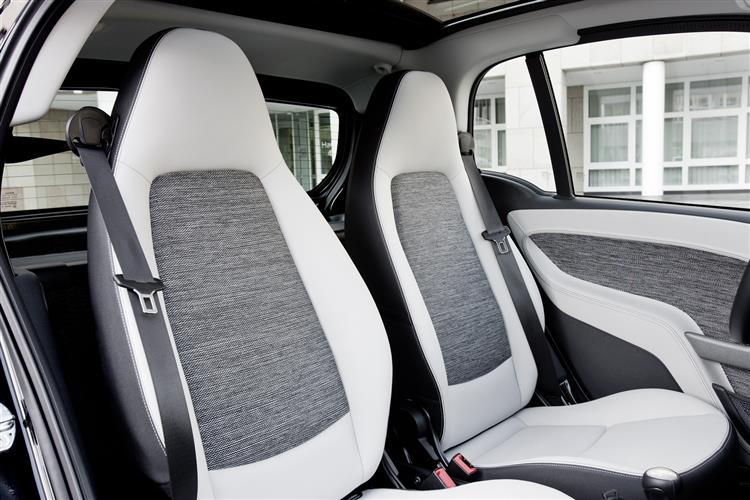 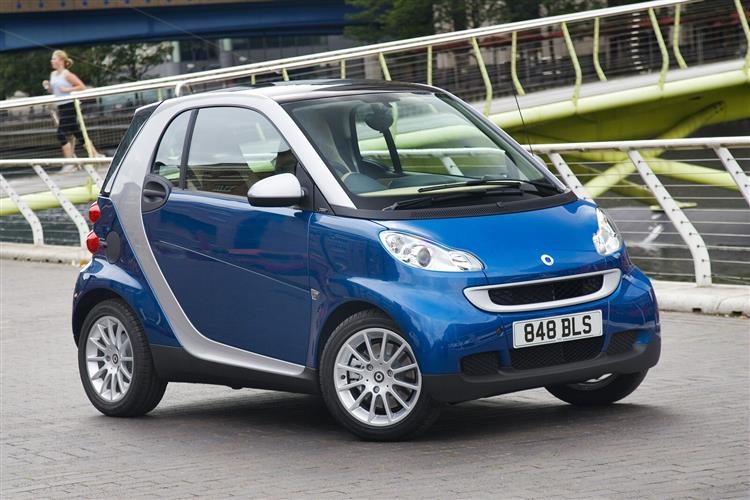 There are default expressions to adopt when viewing certain cars. A supercar, for example, should be greeted with slack-jawed wonderment. On sighting a heavily modified supermini complete with booming stereo and anti-social exhaust, a despairingly slow shake of the head always helps suggest its owner should know better. A vacant thousand yard stare fits for almost any MPV and a grimace of disapproval, tinged with underlying jealousy, usually works with gas-guzzling luxury 4x4s. The Smart Fortwo is another car that tends to provoke a reaction. We'll call it the Smart smirk and if you fancy experiencing this lighter side of motoring, a used version could be just the ticket.

People smirked at the Smart virtually from day one. It was primarily because of its diminutive size but the unusual colour schemes that ranged from the day-glow to floral and leopard skin prints also helped raise a chuckle. Smart, however, took itself a little more seriously. You see, this has always been a company with convictions - of the non-criminal variety, that is. From the outset, the firm believed in its cleverly packaged two-seater citycar design as a revolutionary concept for the future of urban motoring. And to think we thought it was a bit of fun. Smart argued that for the majority of the time, people in cities didn't need anything larger than its city car and that urban motorists were inefficiently choosing vehicles for the rare occasions when extra space was necessary. It had a point but the public being the public, they proved rather more resistant to change than Smart might have liked. Although successful, the first Smart city car wasn't the huge hit that had been hoped for. The second generation model featured here was a second bite at the cherry. The original car was sold from 2003 to 2007 in various guises but when the second generation version arrived, it adopted a more grown-up approach. It was a larger car, with a larger engine and a higher quality interior that still had only two seats but offered more spacious accommodation. The base engine was a 1,000cc petrol unit that was offered in 61, 71 and 84bhp form, the latter of which benefited from the inclusion of a turbocharger. A Brabus model arrived soon afterwards with power upped to 98bhp. In some European markets, the ForTwo was sold with a tiny 800cc diesel engine from the outset but that didn't come to the UK until 2009. It was joined by the mhd (Micro Hybrid Drive) models which added stop and start technology to the mix. Around the same period, Smart began offering the ForTwo ED electric vehicle on lease to large companies and local authorities.

There's still a strong desire amongst city car owners to have rear seats, even though they're likely to be used less regularly than the Queen's skateboard. A boot of more than 220-litres is another feature that the Smart deems unnecessary but the indications are that people like to have one all the same. You could also argue that the Smart is a little too small at under three meters in length and just over 1.5m wide. Still, it's perfect in town even if outside the city limits the car is towered over by tailgating HGVs and buffeted by cross winds. Smart, of course, would counter that all of this frippery falls outside the ForTwo's remit of providing affordable, funky urban transport - something it does do exceedingly well. Taken in isolation, the ForTwo doesn't look too different to its immediate predecessor but sit the two cars back to back and it's easy to see where the changes were made. For a start, the Smart swelled by almost 20cm in length and 4.3cm in width but don't worry, it's still tiny. The track and the wheelbase were also stretched but the majority of the length was imposed upon the company by pedestrian crash legislation. Inside, this ForTwo feels like part of the Mercedes-Benz family, rather than the troublesome stepchild that Smart's prestigious parent company would rather forget. Space for the two occupants is surprisingly generous, the switchgear feels quite upmarket and build quality is strong while the trademark funky design remains. The entry-level Pure version is quite basic. It comes with a two-spoke steering wheel, a black grooved plastic roof and steel wheels. The lower part of the instrument panel is made of grained black plastic, as are the door trims. There are even manual window winders. Everything bar the essentials for two adults to get cheaply and stylishly about town is stripped away. The top-spec Passion version might fit the bill better with its electric windows and panoramic smoked glass roof.

Refer to Car & Driving for an exact up-to-date valuation section. <a href="mailto:info@caranddriving.com&subject=Used Car Price Request: smart fortwo (2007 - 2014)">Click here</a> and we will email it to you.

The ForTwo mark two has proven reasonably reliable to date. Check for the usual parking knocks and bodywork damage that city cars tend to sustain but don't be unduly put off if you find any as the car's plastic body panels were designed to be cheap to repair. The Cabriolet models have had issues with leaks and water damage to the roof but these should have been fixed under warranty on early cars.

(approx based on 2007 FourTwo Passion) A new clutch assembly retails for around £180, and an exhaust system costs about the same. Front brake pads are roughly £25, which given that they're about the size of a matchbox would seem about right.

Fill out the simple form below to get a quote for this Fiat Talento 12 Swb Diesel 2.0 Ecojet 170 Tecnico Crew Van lease.