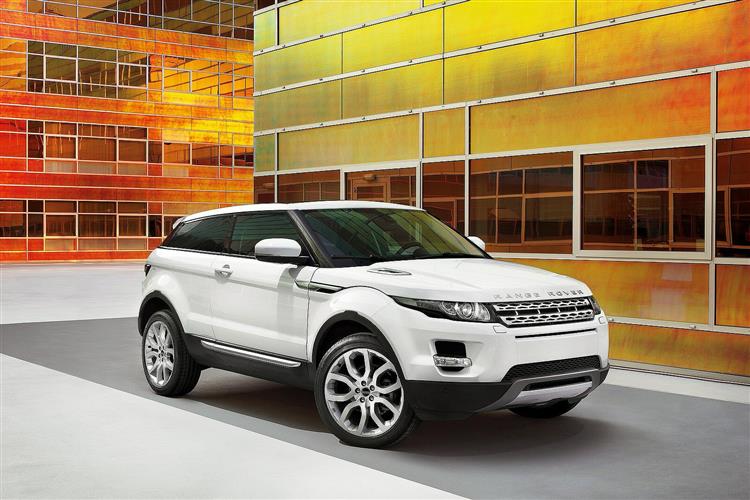 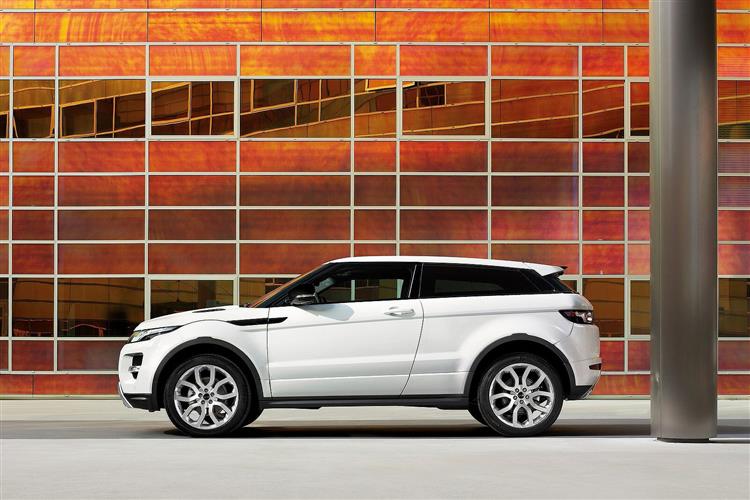 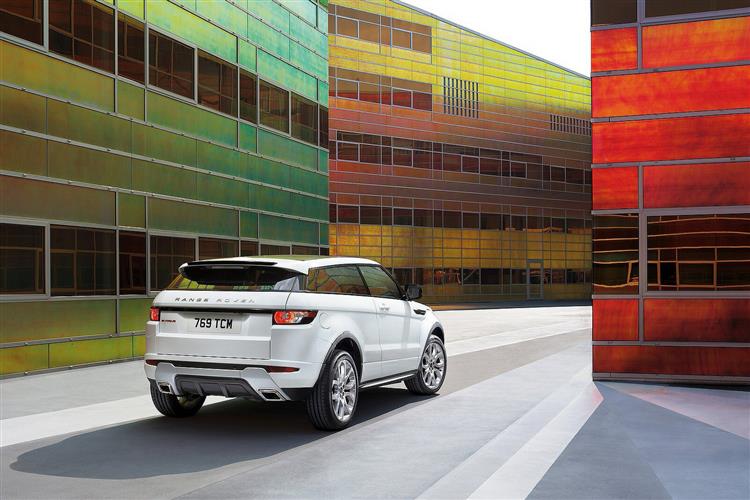 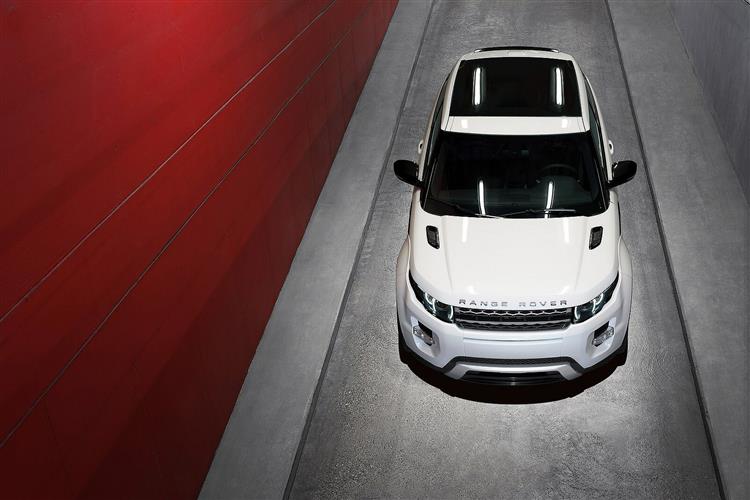 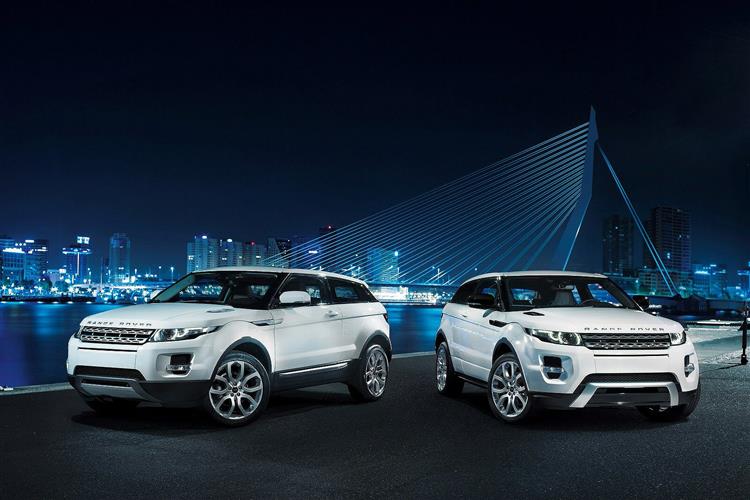 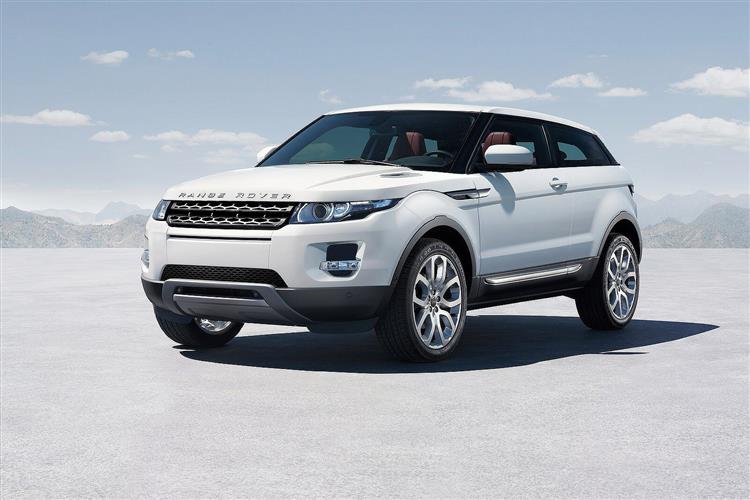 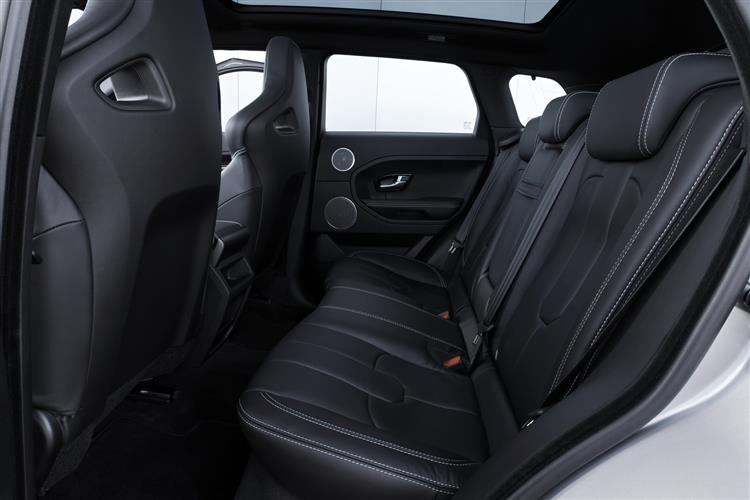 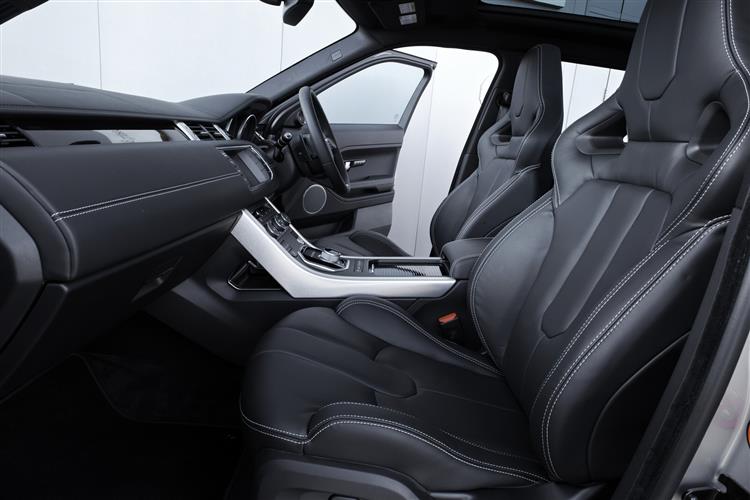 Finding the right mix of ingredients in the right proportions to make a convincing baby Range Rover was never going to be an easy task, but with this Evoque, the British brand completed it in style. This is more than a fashion statement too, thanks to Freelander underpinnings and tough Land Rover know-how forged in the world's toughest environments. With low running costs, cutting edge design and on-road driving dynamics previously unknown in the SUV sector, this car proved to be a sensation when it was new - and deservedly so. But does it stack up as a used buy?

It's getting on for half a century since all-wheel driving was revolutionised by the Range Rover, a car now a class apart in the luxury 4x4 sector. But what would that car look like re-invented in smaller form for very different Millennial times, an age in which fashion and frugality are as important as toughness and traction? Something like this we think, the Range Rover Evoque. At its launch in 2011, this car provided a watershed moment for the Land Rover brand every bit as important as the arrival of the original Range Rover in 1970, the Discovery in 1989 and the Freelander in 1997. To survive, the marque realised that it must reach new customers by radically changing brand perceptions dating all the way back to the Forties when company founder Maurice Wilks first sketched the original model in the sand at Red Wharf Bay in Angelsey. They did with this Evoque. Land Rover's founders would have relished the challenge presented by the concept behind this car. Luxurious room for four in a shape shorter than a Ford Focus. Handling as satisfying as a sports coupe. And economy to rival a 1.2-litre Fiat 500 citycar. All to be delivered with class-leading off road expertise.. In a car right for its times. Quite a build-up. Quite a car? Let's find out. Here, we'll look at the 2011 to 2015 era models sold before the new-era Ingenium engines were introduced in 2015.

Not many cars make it from concept Motorshow prototype to production reality without being significantly watered down - but this is one of them. We first saw what was then called the LRX in 2008 and it's as arresting to look at now as it was back then. You know from a glance that it's a Land Rover, though to begin with, it's hard to pin down exactly why. Here's the kind of fantasy distortion you might see in a kids' comic, all big wheels, bloated wheelarches and impossibly shallow side window work. Boxiness is banished, as is the kind of bluff front end that gives a conventional Range Rover the aerodynamic efficiency of your average garden shed. Under the skin, around 30% of the underpinnings are Freelander-based, a car that's 100kgs heavier partly because it's slightly longer. At 4.35m, this Evoque is intentionally compact, only slightly longer than a Volkswagen Golf. But it just looks right, with a shape that works wherever - on paper, in the showroom - on the Kings Road. Where it can't possibly work, you think before opening the door, is on the inside. With such a narrow glasshouse, claustrophobia must surely reign across the cabin. And anyway, how will you reverse the thing peering back through that letterbox-sized rear window? And what will roundabouts be like with those huge mirrors obstructing front three-quarter vision? All very good questions. For which, as it turns out, Gerry McGovern and his design team have styled some surprisingly effective answers. Sitting at the wheel, it isn't that your fears are groundless. You do, after all, really need the standard reverse parking sensors. The high flanks can make this car tricky to place in a tight spot. And the large mirrors do slightly impede your vision at junctions. But none of it's enough to really affect day-to-day usability. You work around it because you want to. Because going back to boxiness after owning one of these would be almost unthinkable. Even at the rear, the space is surprising - not only given the rakish roofline but also the fact that this car is shorter than a Ford Focus. True, in the three-door 'Coupe' version, the back seats aren't that easy to get at and once you're in them, headroom's at a premium. But it's still a different world from the cramped rear conditions of the kind of GT or sports coupe that many customers will be graduating from. Anyway, those likely to be religiously using the rear seats have a perfect excuse to buy the five-door version which stands some 30mm taller. Here, especially with the optional full-length panoramic glass roof fitted, a couple of back seat adults will be very comfortable on all but the longest journeys. But not, as you'd expect, as comfortable as those up-front. If this is indeed an SUV, it's the most car-like one yet devised in terms of driving position. No one will struggle to get comfortable here and all will be impressed by the tactile quality of the fixtures and fittings that surround them - which is just as well at the high prices being asked. Glistening switches and dials from pricier Range Rover models are surveyed from beautifully upholstered sports seats. Top models use no less than 10sqm of leather to trim their cabins and there are lovely design touches like the way that the rotary gear selector on automatic models glides up into your palm from start-up and the Volvo-style empty space behind the rising centre console. Most importantly perhaps, it all appears to have been beautifully screwed together in the Merseyside factory. As for luggage room, well it's a pity the styling wouldn't permit the fitment of that signature Range Rover feature, the two-piece tailgate, but lift the composite plastic rear door and you'll find that there's 550-litres of space on offer in the Coupe version, a figure that rises marginally to 575-litres in the five-door model. Enough to take a set of golf clubs without long clubs having to be removed from the bag. These are larger dimensions than you might expect the compact dimensions to deliver, though it's a pity that they've been achieved at the expense of providing a proper spare wheel. If you need more room, you can of course push forward the split-folding rear seats and these figures rise to 1350 and 1445-litres respectively.

Refer to Car & Driving for an exact up-to-date valuation section. <a href="mailto:info@caranddriving.com&subject=Used Car Price Request: Land Rover Range Rover Evoque (2011 - 2015)">Click here</a> and we will email it to you.

Few problems have been reported so far. The only issues we have found amongst owners have been minor things - warning lights coming on, smart keys not working and so on - issues which have been quickly dealt with by dealers. Although the Evoque is pretty capable in the rough stuff, it's nowhere near as sturdy as a bigger Land Rover model. For a start, it lacks a low-range transfer case, so it is possible to get yourself a bit stuck if you get too keen with your off-roading ambitions, so check the car over for signs of underbody damage. The SD4 diesel engine is a tried and tested piece of kit, its lineage being traced right back to the Peugeot/Citroen DW engine series that was used by Ford and marketed as a Duratorq in 2008. If you're test driving the car on a cold day, don't be afraid if the Stop/Start system fails to kick in. The engine is programmed to keep running at temperatures below three degrees Celsius.

Fill out the simple form below to get a quote for this Fiat Talento 12 Swb Diesel 2.0 Ecojet 120 Tecnico Van lease.