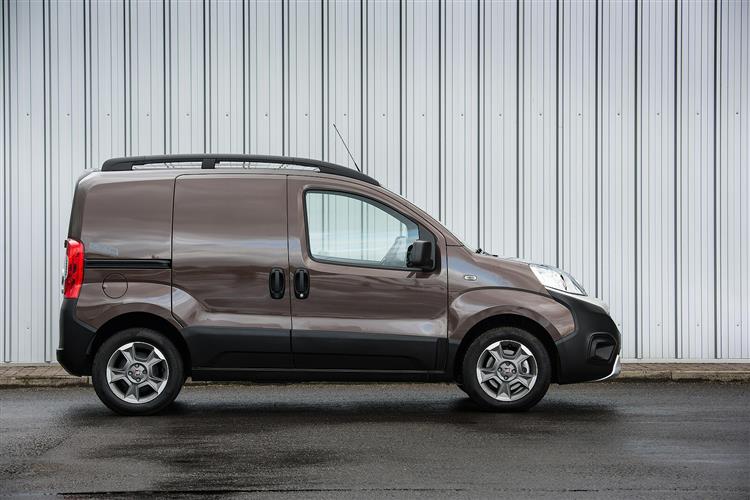 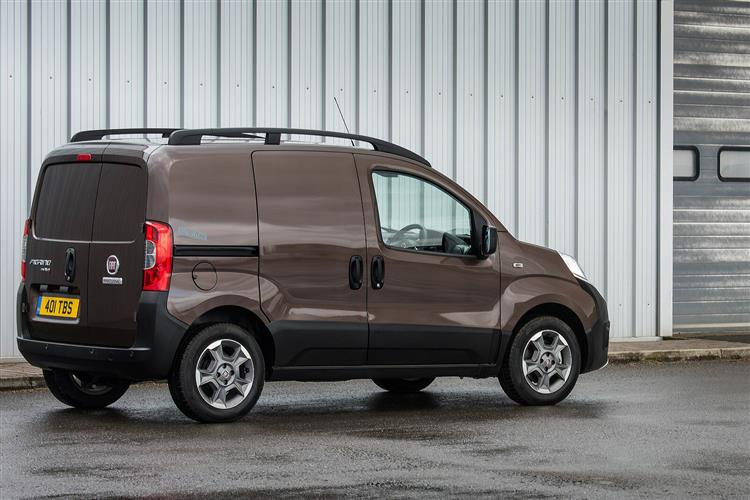 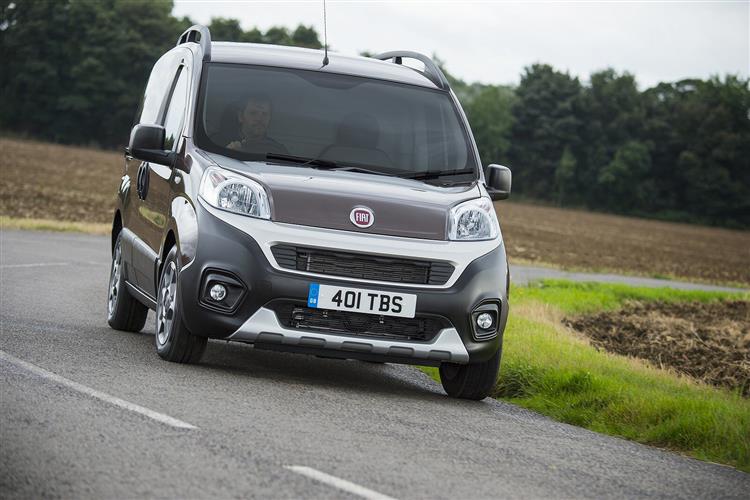 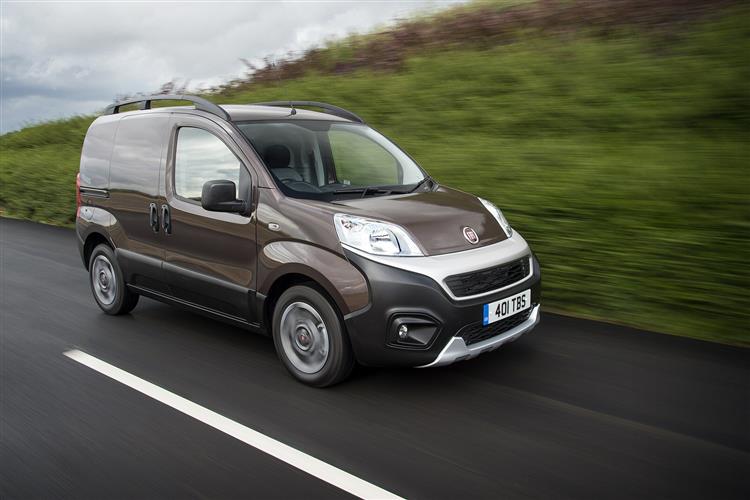 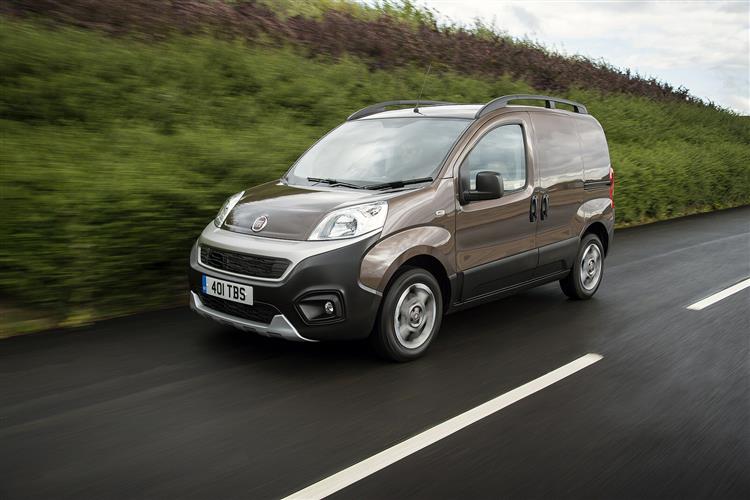 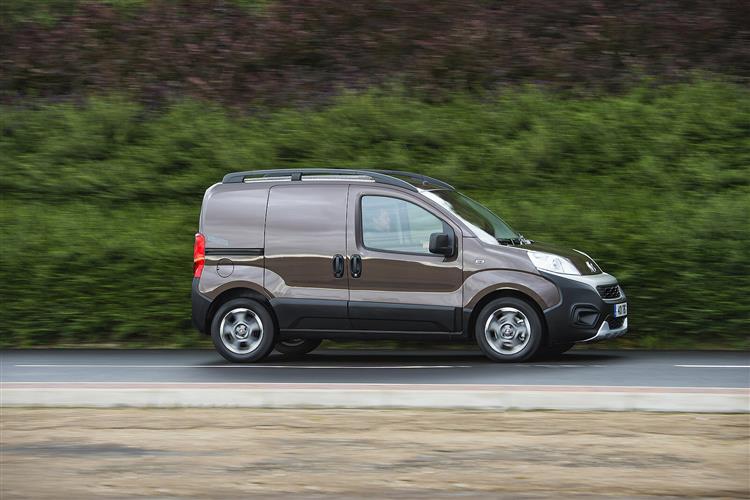 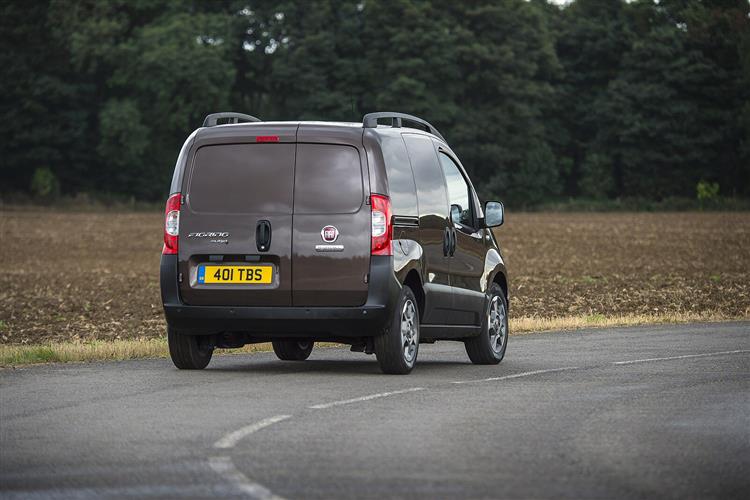 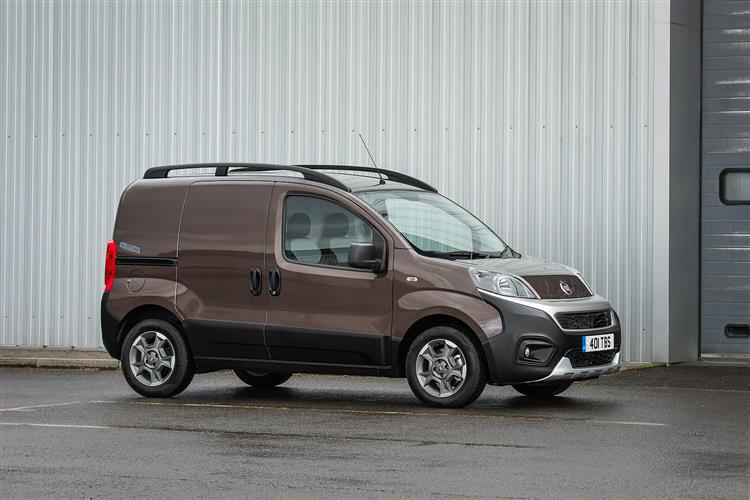 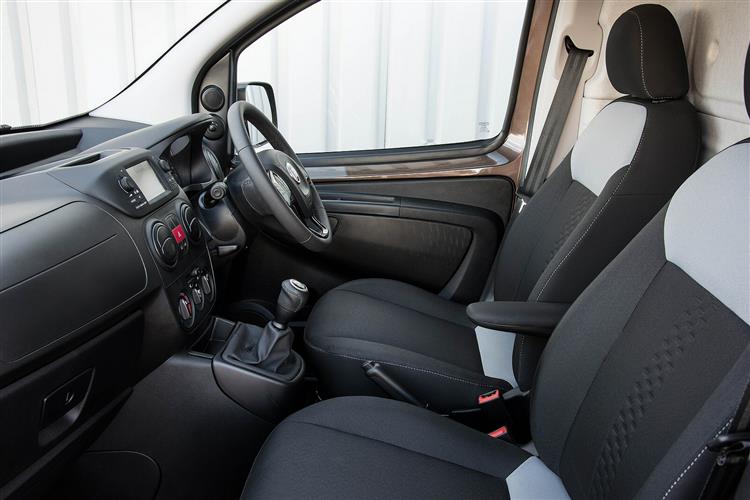 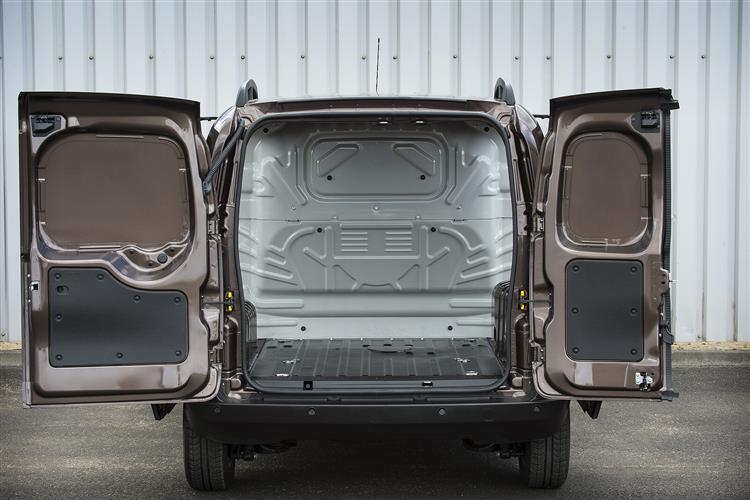 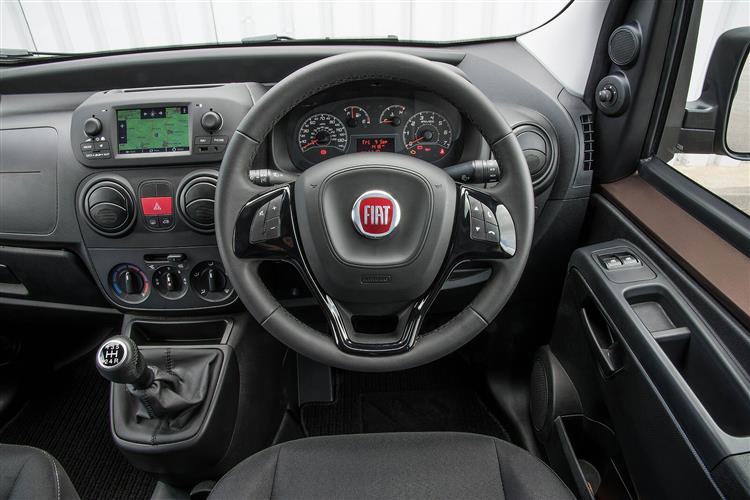 With a 660kg payload limit and a 2.5m3 load volume, the Fiat Fiorino is pretty spacious for a city van. And you get impressive manoeuvrability and low running costs, plus provision of one of the best small diesel engines there is, made still more efficient for this revised model. Less at home on the open road, the Fiorino is nevertheless a great antidote to the woes of urban van operators.

As our cities and urban areas continue to indulge their penchant for expansion and sprawl, commercial vehicles may have to undergo a spot of shrinkage to cope. At least that's the view at Fiat where the compact Fiorino van is being touted as the ideal solution for operators that find themselves beset by congestion and plagued by soaring costs. The Fiorino is Fiat's smallest purpose-built van. The Italian firm will also supply you with a commercial version of its Punto supermini but its teeny load carrying capacity precludes it for many. The Fiorino delivers a reasonably spacious load bay coupled with micro dimensions that should make the cuts and thrusts of metropolitan motoring that bit easier to avoid. The van, like the mainstay of Fiat's light commercial vehicle range, was created in partnership with PSA Peugeot Citroen. This means that prospective buyers can obtain vehicles that are borderline identical to the Fiorino in the shape of the Peugeot Bipper and Citroen Nemo. Fiat, of course, would prefer that they didn't.

The engine line-up sees this Fiorino use a Euro6d-compliant 1.3-litre Multijet diesel putting out 80hp. This powerplant is extremely compact and lightweight, giving rise to excellent fuel economy and with at least 190Nm of torque, it feels strong as well. With that maximum torque produced at 1,750rpm, the Fiorino has the punchy element to its performance that's perfect for darting in and out of traffic. This van's extra pulling power comes into its own around town, meaning that you're less likely to feel the need to row the thing along with its chunky 5-speed gearbox lever. Plus you could tow a braked trailer grossing at 600kg. There's also a 1.4-litre 74hp petrol option. For urban use, operators will be pleased to find that all Fiorinos have the accurate power steering and tight turning circle that's needed when space is tight. That means just 2.8 turns lock-to-lock, enabling a 10.0m kerb-to-kerb turning circle rising to 10.5m wall-to-wall. On the open road, body roll is well controlled, as are noise levels, but the ride is a bit choppy on uneven surfaces. You'll find ventilated disc brakes at the front, drums at the rear, and ABS and Electronic Brakeforce Distribution are both standard features.

The Fiorino has been designed with the urban environment very much in mind. The wheels are pushed to the corners of the vehicle to maximise interior space and manoeuvrability while keeping the van compact and wieldy. The high-mounted headlamps are not only synonymous with this model's identity but also have a practical role in improving visibility and ensuring they are less susceptible to parking mishaps. Inside, the chunky steering wheel offers remote stereo controls and leather trim. The instrument cluster gets smart graphics with permanent backlighting for better visibility. Plus there's plenty of cab storage and, on top models, a five-inch colour touchscreen infotainment system, with Bluetooth, USB/AUX ports and available satellite navigation and DAB radio. The interior of the Fiorino may feel a little confined to those familiar with full size compact vans but there's reasonable space for driver and passenger. The driving position is upright and affords a good view of your surroundings with the seat and the steering wheel offering a good range of adjustability. Lots of the switchgear will be familiar to owners of Fiat passenger cars and these days the Italian firm is well up to speed in terms of build quality. The general impression is one of user-friendliness and sturdy design.

Prices start at around £12,600 ex VAT and there are five trim levels - 'Standard', 'Tecnico', 'Ecojet', Sportivo' and 'Adventure'. And there are three bodystyles - 'Cargo', 'Combi' (with extra seating) and 'Crew Van'. Even base versions of this Fiorino van are reasonably well equipped, including items like power steering, a CD stereo, height adjustment for the steering wheel and driver's seat, plus a ladder frame bulkhead. Further up the range, you get remote central locking, a nearside sliding side door, electric windows, electric mirrors and other extras. Safety-wise, this Fiorino offers all the safety systems of its predecessor: ABS braking with EBD, ESC stability control complete with ASR, a Hill Holder clutch, parking sensors and front and side airbags. There's also a Combi model with a row of seats in the back. And, for drivers who need to tackle rough terrain or simply want to take on the winter weather with confidence, there's an Adventure version that offers 15-inch wheels with specific M+S tyres, raised suspension, oversized body protection, a front bumper with skid plate and Fiat's 'Traction+' electronic differential lock system which assists driving in low-grip conditions.

Fiat's Fiorino is small. 3,864mm long and 1,589mm wide, it's a compact van with the footprint littler that most superminis. Despite this, there's a 2.5m3 load volume to play with and a payload capacity of 660kg. That volume can be increased by means of an optional folding passenger seat which flops down to increase capacity to 2.8m3. It may not sound like much but it increases the available load length from 1,523mm to 2,491mm which is really handy when you're trying to cram longer items inside. The load bay is accessed through asymmetrically-split rear doors on the standard model with one or two sliding side doors available from the options list. The apertures behind these side doors are narrow so large items will have to go in through the rear where there's a low 527mm loading height and 1,064mm between the wheelarches. The Fiorino should prove extremely economical to run thanks to its Multijet diesel engine. This employs fuel-saving technologies such as a Start & Stop system, a 'smart' alternator and a variable displacement oil pump. You're looking at 64.2mpg on the combined cycle and 115g/km of CO2.

If van drivers can give up some of the carrying capacity they're used to, Fiat can give them lower running costs and extra manoeuvrability in the shape of this Fiorino van. It's a trade off that some will be only too happy to make, with the Fiorino proving well-suited to the trials and tribulations of getting about modern towns and cities. The space available, both in the cabin and in the load area, will be the major concern for operators looking at this Fiat. For some, there just won't be enough room to cover all eventualities. Those than can manage however, get a vehicle ideally suited to its role, with frugal 1.3-litre diesel power and enviable agility.

Fill out the simple form below to get a quote for this FIAT FIORINO CARGO DIESEL 1.3 16V Multijet Tecnico Van lease.