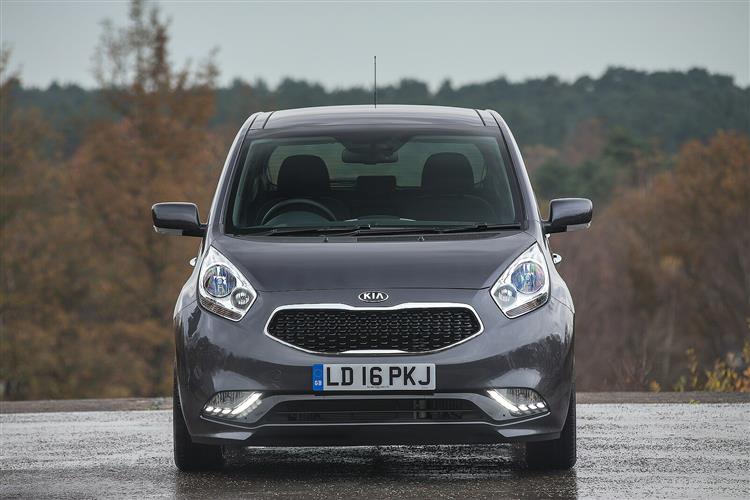 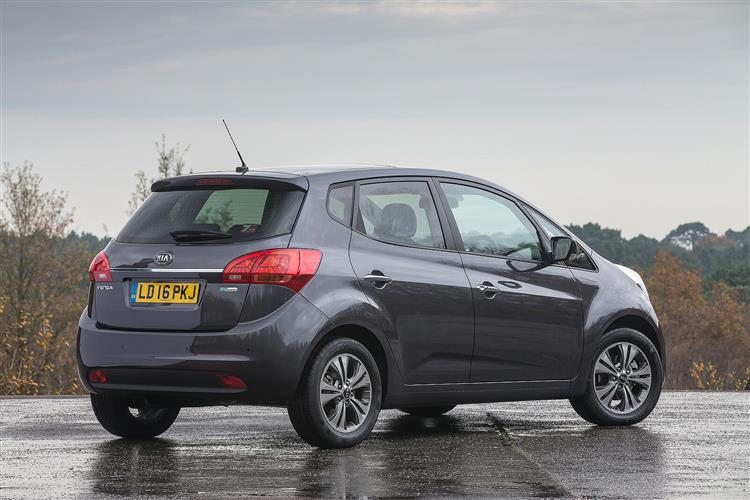 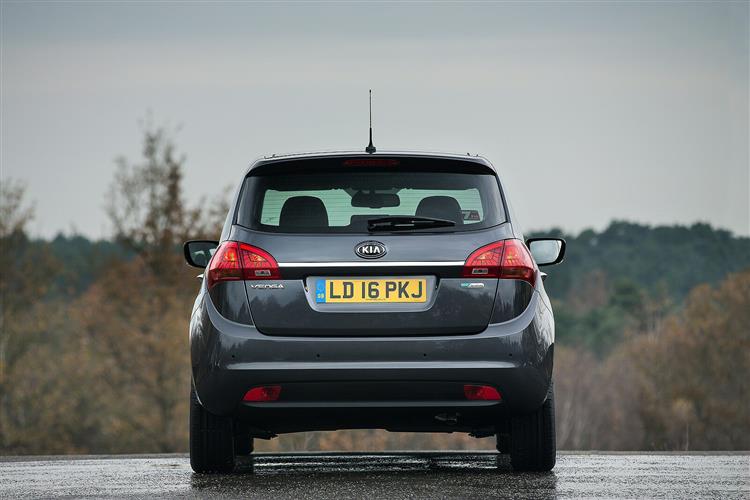 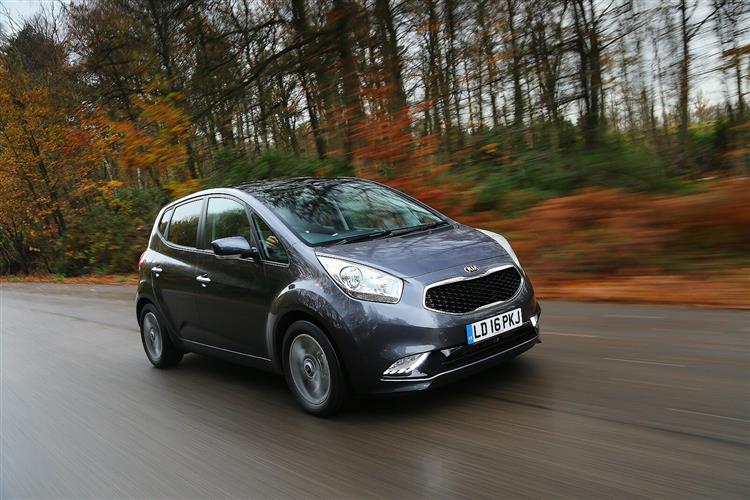 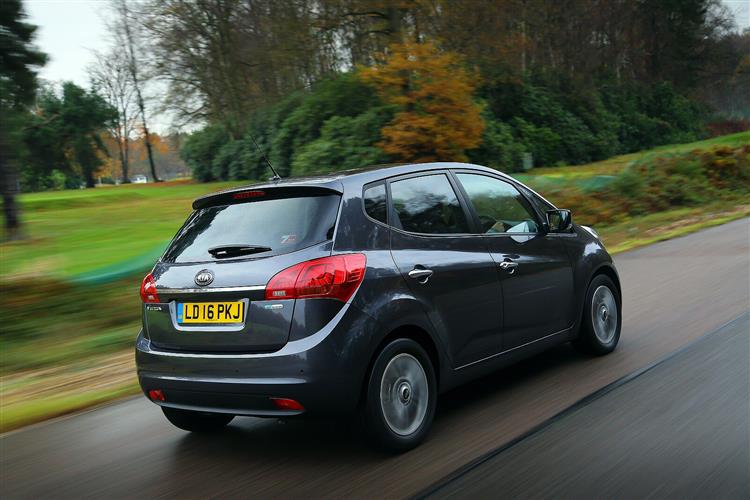 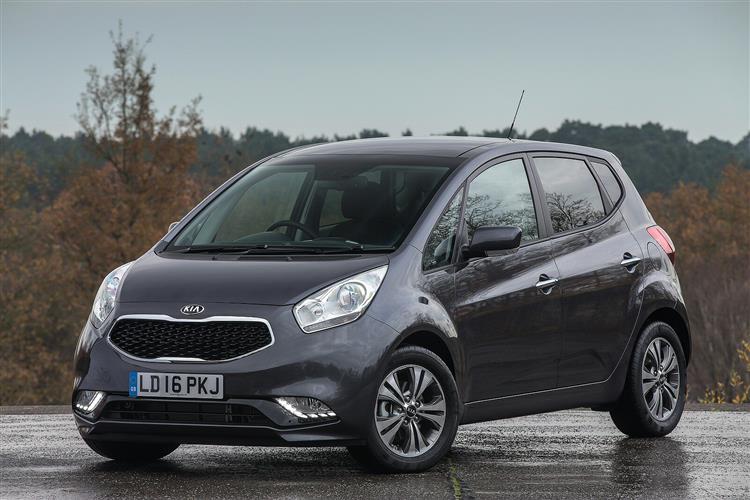 At the beginning of the 21st century's second decade, Korean maker Kia was intent on giving its products a European flavour and the Venga supermini MPV was one of its more successful efforts in this regard. A foursquare stance and neat detailing ensured that it didn't fall into the frumpy trap that captured many supermini-MPV products from this period, plus there was a good engine range and some clever design touches inside. Let's check it out as a used buy.

'Venga' comes from the infinitive form of the word 'arrive' in Spanish - and by the time this car was launched in 2009, Kia had indeed arrived in the European car market. Having launched the surprisingly impressive cee'd family hatchback in 2007, the South Korean maker had gone from being a purveyor of cars that were adequate, affordable, well equipped but rather dull to a brand that could sell you a car - well, as good as this one. In 2009, its engine and underpinnings were already being used by the marque's rather self-consciously funky Soul model: this one was aimed at a slightly more mature audience. In every way that it could be, this Kia Venga was a European car. It was designed in Germany and was built at Nosovice, Solvakia. Its suspension was purpose-tweaked for British roads - and of course, it competed against a whole clutch of European rivals. These sat mainly in the supermini-MPV sector, a market segment that took the conventional supermini shape and made it slightly wider and taller to deliver much of the versatility buyers were used to in a larger 5-seat mini-MPV. So the Venga had to take on cars like Nissan's Note, Renault's Grand Modus and Citroen's C3 Picasso - and do so without the price and value cushion some of Kia's less capable products had enjoyed in the past. It was lightly facelifted in 2018, then sold until 2019 - and wasn't replaced.

The supermini MPV concept adopted by models like this one presented car designers with a difficult problem. Superminis are small and MPVs are practical but achieving both smallness and practicality together in the same car is quite a challenge. To get the maximum from its modest dimensions, the Venga is taller than a smallish car of this kind normally would be (1.6m) and employs a long wheelbase that pushes its four wheels right out to the corners of the vehicle. Despite being only 4,068mm in length, the Venga has a wheelbase that's just 35mm down on the Ford Focus-sized cee'd five-door from this period, a car that was a good 200mm longer in total. To have managed all of this without resorting to the square, sensible look adopted by some of its rivals was impressive. If you doubt that the Venga is a distinctive and good looking car, just put one next to a competitor from this period such as Nissan's Note or Skoda's Roomster, boxiness that ex-Audi stylish Peter Schreyer cleverly managed to avoid. Looking the part is all well and good but it's inside where any vehicle touting itself as an MPV must stand or fall. The Venga's cabin is certainly roomy with as much legroom and luggage space as a much pricier Focus or Astra-sized family hatch from the period from the next class up. No car in this segment is large enough to seat more than five but this one at least manages three across the back seat in adequate comfort, thanks to the absence of the kind of central transmission tunnel that would otherwise obstruct your feet. Different sides of the bench slide backwards and forwards, plus you can recline the backrest for greater comfort and to send the kids to sleep on longer journeys. At the wheel, you've a high-ish driving position, with excellent three-quarter visibility courtesy of the extra windows in the front A-pillars. A height-adjustable seat and a reach and rake-adjustable steering wheel make finding the ideal driving position straightforward and once you have it, everything falls to hand easily enough, only the shiny plastic column stalks offering a reminder of Kia's cheaper-feeling past. Plus you get a vast array of cubbies, cupholders and the like. Out back, there's a usefully-sized 440-litre boot that you can extend to 570-litres while seating a full complement of passengers by sliding forward the rear seat. This is much more than you'd get without folding seats in a rival from the period like a Renault Grand Modus or a Nissan Note. Plus the useful underfloor storage area offers a further 126-litres, keeping valuables away from prying eyes and storing a handy luggage net you can use to stop your eggs smashing into your Iron Bru. The boot floor that covers it is there to ensure a completely flat loading deck if and when you do need to use Kia's Fold & Dive seating system, which reveals 1,552mm of load length and a 1,253 litre capacity.

Refer to Car & Driving for an exact up-to-date valuation section. <a href="mailto:info@caranddriving.com&subject=Used Car Price Request: Kia Venga (2009 - 2019)">Click here</a> and we will email it to you.

Most Venga owners we came across in our survey were very happy with their cars, but a few complained about build quality from the Czech factory. One owner had a persistent ECU fault. Another had a boot rattle issue. Another had a niggling problem with engine chatter caused by the fuel injection system and engine management system. We also came across problems with suspension and the stop/start system. Check for scratches on the alloy wheels caused through ham-fisted parking. Check out the rear seating row for scratches caused by unruly children. And of course, insist on a fully stamped-up service history.

Fill out the simple form below to get a quote for this Fiat E-ducato 35 Xlwb 90kw 79kwh H1 Chassis Cab Auto lease.