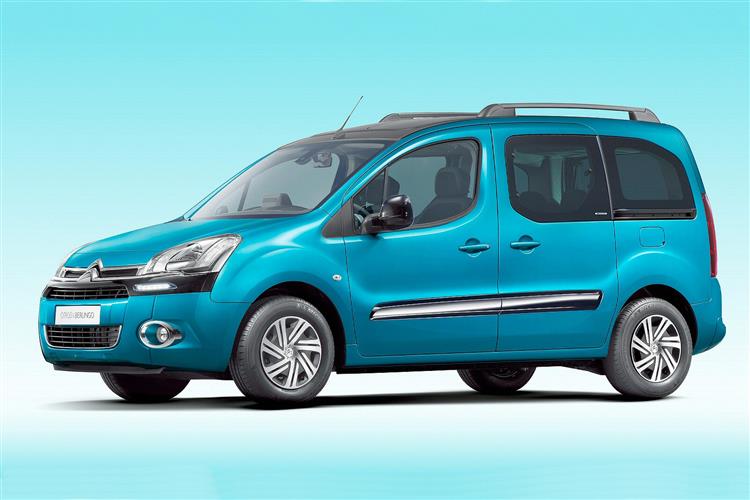 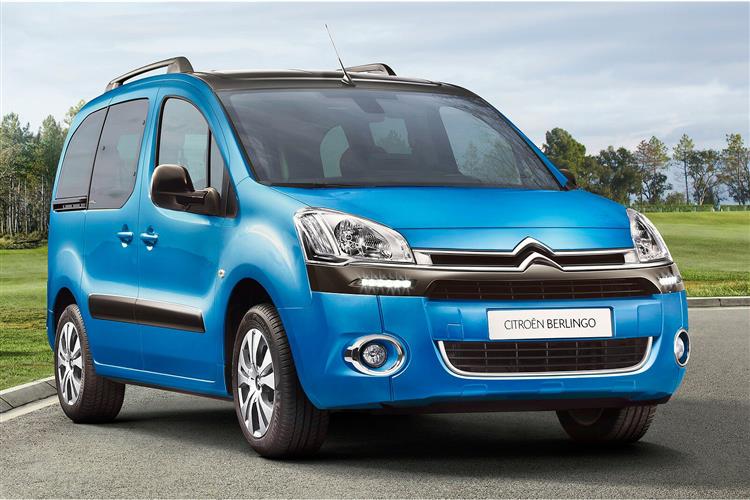 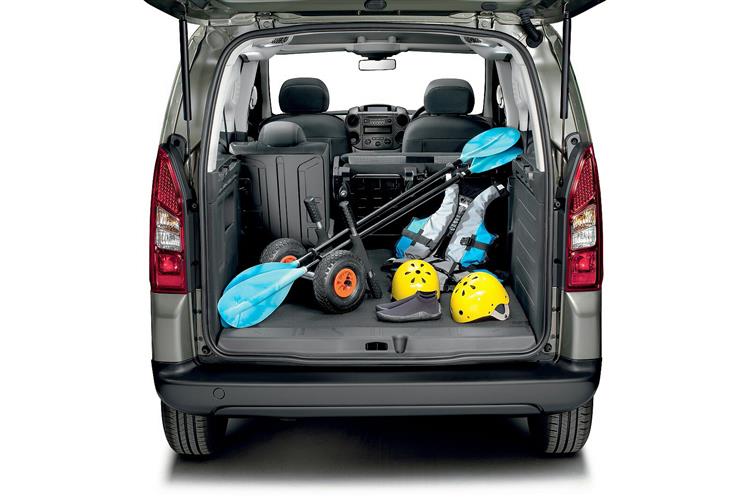 The Citroen Berlingo Multispace made its name as a van with windows and seats. When it first appeared way back in June 1998, it was a rather crude and simple thing. Those looking for a bit of trivia might enjoy the fact that it was the very first car reviewed on the studio edition of Top Gear, Jeremy Clarkson claiming that it rode like a Jaguar. Since that time it's become a good deal bigger and more sophisticated, or at least it has since the second generation version was launched in 2008. This model got its first significant revision in 2012, a version that sold until 2015. That's the version we'll be looking in detail at here as a used car buy.

When the second generation Berlingo Multispace was launched in 2008, this model changed focus. Now running on the same platform as the Citroen C4, the Berlingo van this MPV has always been based on grew bigger and slicker. Ride quality was improved, the cabin grew more sophisticated and it no longer seemed a vehicle that you'd think of taking a hose to get rid of interior filth. Fast forward to 2012 and Citroen instigated a facelift of its popular people hauler. As well as reducing emissions and adding power to some engines, this revised Berlingo Multispace got a wider grille, a new chevron badge and an updated headlight arrangement. The indicators, for example, were now to the side of the main light units and were underlined by blue segments. The lower part of the grille could be fitted with static cornering lights integrated with the fog lights and LEDs provided an eye-catching daytime lighting signature. The side mirrors were updated with a more aerodynamic design, helping to reduce fuel consumption and CO2 emissions. A 'Black Pack' was also introduced, with Onyx Black trim on top of the front bumper, side mirrors, side rubbing strips and rear number plate moulding. Inside the cabin, colours and materials were revised on all levels of trim for a more contemporary feel. Two new body colours, Nocciola and Belle Ile Blue, were also added to the palette of available paint finishes. Further Berlingo Multispace revisions were revealed in mid-2015 when the vehicle was updated to Euro6 status..

The transition from utilitarian boxiness to a semblance of swoopy style was smartly accomplished with the second generation Berlingo Multispace in 2008. The post-2012 package of facelift changes offered further icing on the cake, intended, according to Citroen, to give this design a 'stronger personality'. But it's inside that the contrast between this modern Multispace and the utilitarian original are most marked. Spartan wipe-clean black plastic is replaced in top second generation variants by smart design, soft-touch plastics and a hi-tech cabin-fest capable of satisfying the most demanding modern family. Everything from MyWay satellite navigation to a Bluetooth and USB-enabled 'Connecting Box' for the stereo system. Citroen even offered an optional Modutop roof apparently inspired by aviation which combines a glazed top with multiple stowage compartments and even interior roof bars for storing your snowboard. It also includes an air freshener system that works with the vents to spread a subtly scented atmosphere around the cabin. Talking of storage, there are cubbies and storage bins absolutely everywhere in this Berlingo, though some, like the useful overhead cabin storage shelf, were only optional on original models or could only be found on plusher variants. A few of the hideaways you might only locate after a few days with the car - take the secondary glove box behind the steering wheel. It makes up for the fact that space in the ordinary glovebox is so restricted. That steering wheel betrays a few commercial origins by being a touch more upright in stance than is strictly car-like but at least it adjusts for both reach and rake. Otherwise though, the driving position's good, providing you're in a version with a height-adjustable driver's seat, with all the controls clearly marked and falling easily to hand, especially the gearlever that sprouts neatly into your palm from the dash. And we love the extra rear view mirror (fitted to plusher variants) that enables you to more easily see what your little horrors are getting up to behind as you drive. In all models, the rear cabin is accessible by sliding side doors that'll stop your kids from re-sculpting the paintwork of adjacent cars when they leap out in a crowded carpark. Entry-level spec Berlingo Multispace models though, only get five-seats. Find yourself a mid-spec VTR-trimmed variant fitted with the optional 'Family Pack' and this Citroen will come with a couple of extra fold-out (and removable) seats in the boot - though these are really only intended for smaller folk. Bear in mind also that unless you get yourself a pricier top-spec XTR variant, you may not get the three individually folding, tilting and removable main rear seats that we'd say are pretty essential to the whole Multispace experience. Not unless the original owner paid extra for them anyway. You can recline these chairs for greater comfort on longer journeys, or, if there are only two of you, fold forward the backrest of the centre seat to create a picnic table with built-in cupholders. Base Multispace models unfortunately get none of this cleverness, simply making do with a conventional ordinary fixed rear split-folding bench. Either way though, rear seat passengers should be pretty comfortable - especially when it comes to headroom levels fit for the carriage of the most elaborate headgear. With these three individual seats, this becomes one of the few affordable compact MPVs capable of comfortably transporting three fully-sized adults on longer journeys in decent comfort. They'll be well looked after too, with individually-controlled ventilation and additional lighting, plus aircraft-style seat back tables (standard on the XTR) and storage provision that includes two floor compartments designed to keep your gear away from prying eyes. As for luggage space, well on models not fitted out with the two extra sixth and seventh seats, the cargo area is vast. Though not that easy to access. The huge tailgate is heavy to lift - and awkward to raise if you're in a tight space. Some models were fitted with the option of the separately opening rear hatch glass. This allows you to far more easily throw in smaller items like shopping bags. Original buyers could also specify a 50-litre drop-down roof compartment that drops down out of the ceiling to swallow smaller items like tennis racquets. But what of the luggage bay itself? Well, with the rear parcel shelf in place, a total of 675 litres is available - or 1,350-litres if you load to the roof. Take out the second row seats though (assuming you're strong enough of back and you've a garage to store them in) and a potential load space of 3000-litres means your Multispace could swallow four washing machines. Try doing that in a Zafira, a Scenic or a C-MAX.

Refer to Car & Driving for an exact up-to-date valuation section. <a href="mailto:info@caranddriving.com&subject=Used Car Price Request: Citroen Berlingo Multispace (2012 - 2015)">Click here</a> and we will email it to you.

The Berlingo Multispace feels pretty durable: it has its commercial vehicle roots to thank for that. It is, however, the nature of the van-based MPV market that models come in for some pretty rough treatment. It's always best to give the interior a thorough going over to make sure all the handles, levers, buttons and dials work as they should. Kids can play havoc with most MPVs but the Berlingo Multispace is built tough. Still, it's worth checking over the upholstery, door panels, parcel shelf and head lining to see if its torn, scratched, damaged or discoloured. Check the paint finish too. Citroen paint quality isn't the greatest. Electricals should all work as expected. Take a walk round and check that all indicators are functioning and check that the wheels and bodywork aren't wearing too many supermarket car park war-wounds.

Fill out the simple form below to get a quote for this Fiat E-ducato 35 Lwb 90kw 79kwh H3 Van Auto lease.