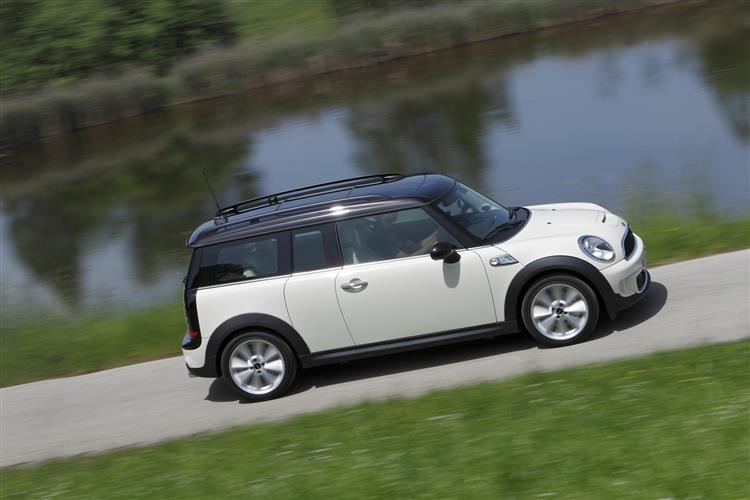 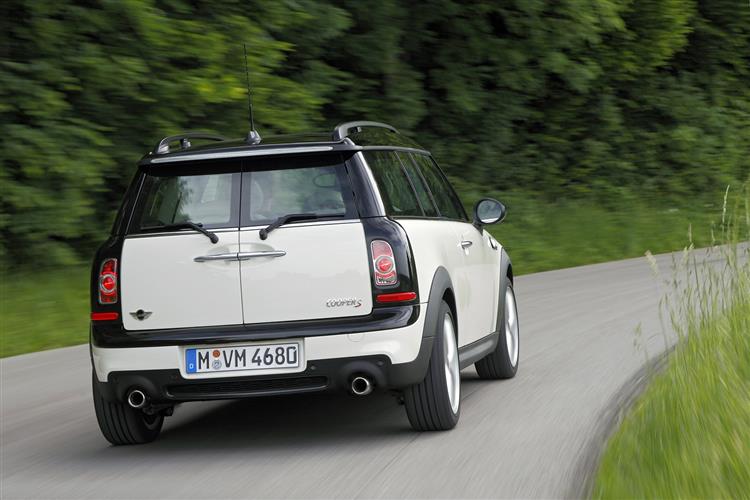 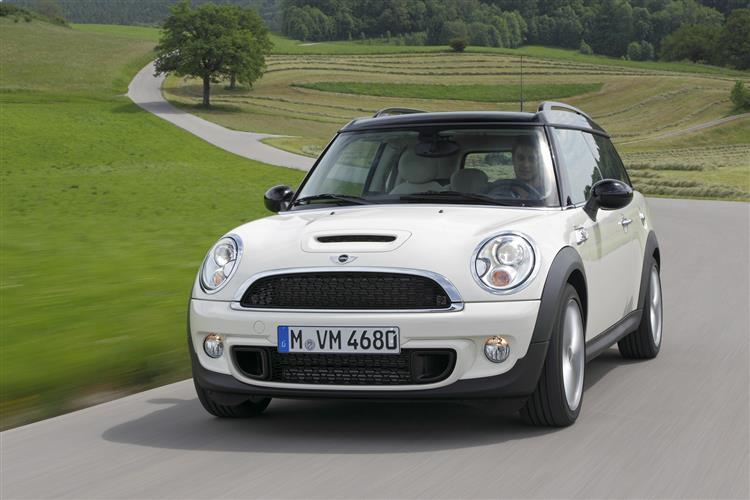 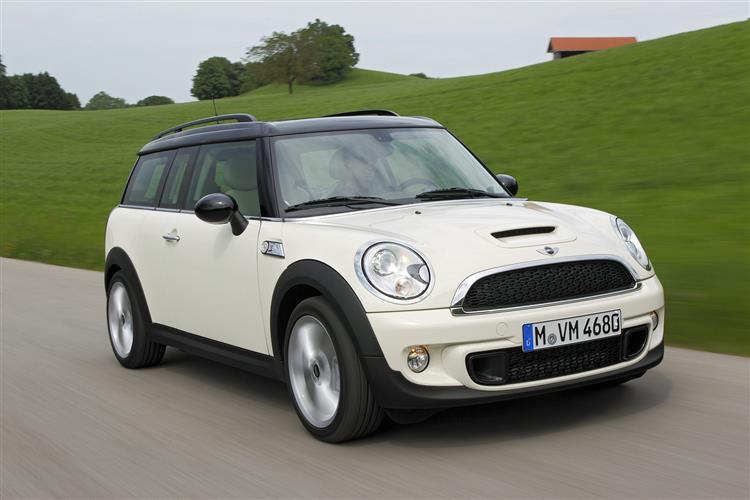 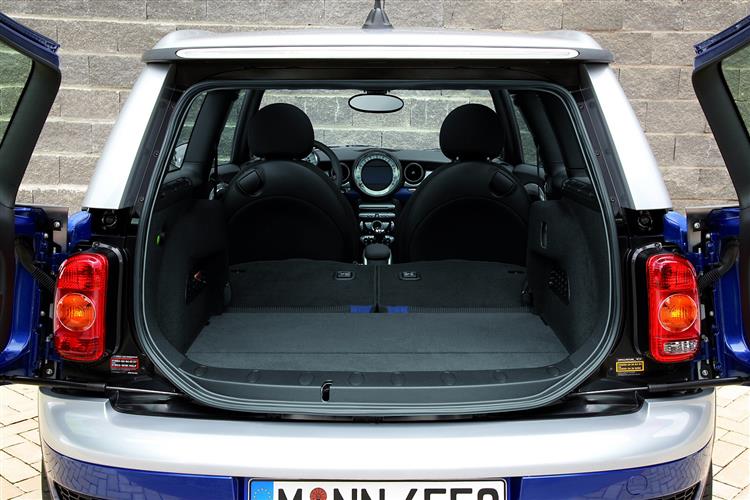 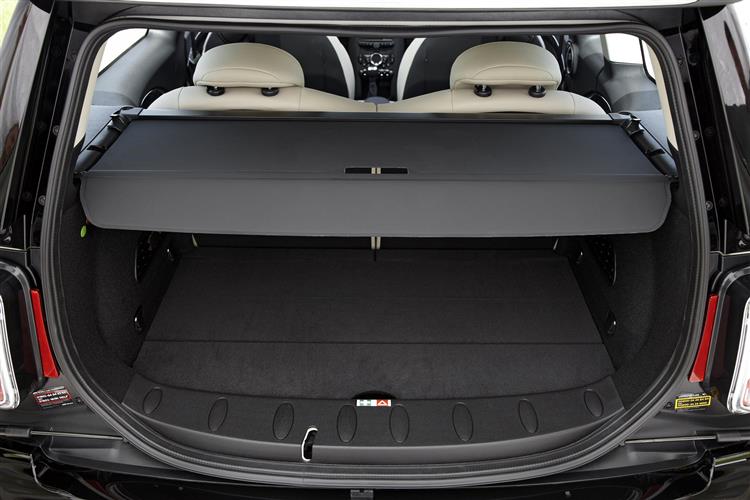 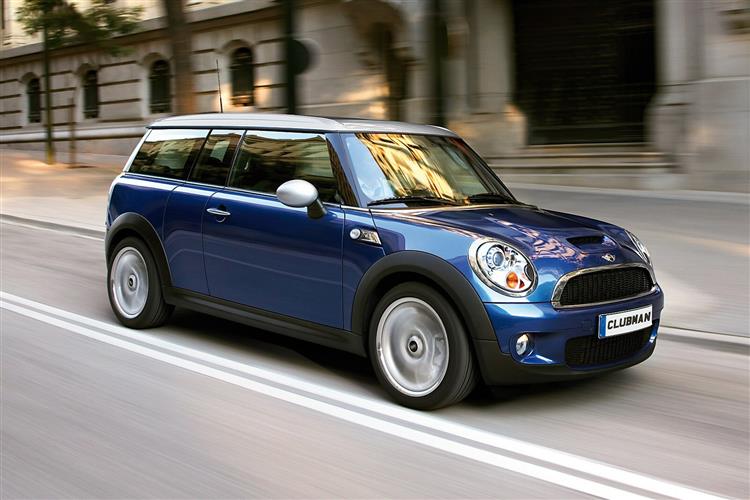 The original Clubman was launched in 1969 and probably wasn't a highlight of the Mini's development. Styled by Roy Haynes, it got an uglier face and indicators borrowed from an Austin Maxi. Quite why BMW should have resurrected this badge seems odd, but at the time, they had difficulty securing the rights to the Traveller and Countryman names, but this latter day Clubman is a far smarter piece of kit than the original. Arriving in dealerships in November 2007, the Clubman was initially offered in three guises, Cooper ,Cooper D turbodiesel, and turbocharged Cooper S. The entry-level 1.4-litre MINI One Clubman arrived in March 2009 with the ripsnorting 208bhp Cooper S JCW edition arriving at the end of 2009. In 2010, the MINI One Clubman swapped its 1.4-litre lump for a cleaner 1.6-litre engine, while power output for the Cooper rose from 119 to 122bhp and the Cooper S model stepped up from 175 to 184bhp. Summer 2010 saw a raft of design changes. At the front, a new bumper with a lower air intake served not only to update the car's look but also to improve pedestrian protection courtesy of larger deformation zones. Revised fog lamps were fitted while the typical round MINI headlights got new light elements, with optional Xenon lamps featuring Adaptive headlights as an option. The indicator featured a distinctive design of concentric circles sitting within the redesigned side gill housings. At the rear, a revised bumper assembly was fitted as well as LED tail and brake lights. Integrated reversing and rear fog lamps were housed in the rear bumper.

The Clubman is a five-door car but the doors aren't exactly where you'd expect them to be. It's business as usual at the front but access to the rear seating is through a single 'suicide' door on the right-hand side. Hinged on its rearmost edge so that it opens in the opposite direction to the front doors, it's positioned on the right-hand side of the Clubman and there's no equivalent on the left. It means that rear seat passengers in right-hand drive markets like the UK are forced to exit into the road. MINI recognises the problem but explains that shifting the rear door to the left would mean relocating the fuel filler cap, the costs of which would be "prohibitive". At the back, there's more access fun and games. The Clubman employs a pair of side-hinged doors reminiscent of the old Mini Traveller. These are a key design feature of the car and the one that does most to differentiate Clubman from MINI. They feature cut-outs for the rear light clusters that mirror those in the bonnet. With an 8cm longer wheelbase and around 2cm of extra roof height plus identical components as far back as the B-pillars, there doesn't seem to be much scope for the Clubman to dramatically exceed the interior space of the MINI. Crucially though, it's 24cm longer overall thanks to the extended rear overhang and that has helped BMW squeeze in 8cm of extra rear legroom while upping the boot capacity from a paltry 160 litres to a respectable 260. The rear seats take the form of a three-seater bench in the standard car but the standard MINI's two-person pods can be reinstated as a no cost option if you don't need the middle berth.

Refer to Car & Driving for an exact up-to-date valuation section. <a href="mailto:info@caranddriving.com&subject=Used Car Price Request: MINI Clubman (2007-2014)">Click here</a> and we will email it to you.

Many of the teething troubles that afflicted the previous generation MINI have been laid to rest with the latest car. The 1.6-litre petrol engines, built in the UK at Hams Hall and shared with Peugeot, are some of the best in their class and have proven a good deal sturdier than the 1.6-litre powerplants of the older car. Likewise, interior quality has moved on leaps and bounds. Where the old car would often twitter like the queue for a Girls Aloud gig, the latest car seems to be built of sterner stuff. Customer reliability indices suggest that owners are happier with this generation model as well. Check for uneven tyre wear on the Cooper S and JCW models and also make sure that the rear seats fold without the catches sticking. Cheap servicing plans mean that the Clubman should have been serviced on the button.

The engine line-up merits investigation. The early Clubman One model uses a 95bhp 1.4-litre engine while the diesel in the MINI Cooper D offers plenty of torque. The cars that have provoked the biggest clamour, the Cooper and Cooper S, both use versions of the same 1.6-litre powerplant. The Cooper is normally aspirated, initially being propelled by a 119bhp engine that will get it from rest to 60mph in 8.9 seconds and on to a top speed of 126mph. The Cooper S gets an intercooled and turbocharged version of this engine that was at first good for 175bhp and would punt it through 60mph in 7.5 seconds and on to a top speed of 140mph. The revised 184bhp Cooper S Clubman makes 60mph in 7.2s and hits 142mph. If economy is your number one priority, the 64mpg Cooper D will take some beating. Electromechanical power-assisted steering (EPAS) debuts on this second generation MINI and aims to reduce parking effort (a factor which turned off a proportion of mainly female potential customers) but still retain pinpoint accuracy at speed. Although keen drivers will at first lament the loss of the old system, the latest setup at least features a Sport setting that increases the steering's heft and gives the throttle a more aggressive map. Also fitted as standard on Cooper models are run flat tyres. These are also fitted to the Copper S versions specified with the 16-inch alloy wheels. These tyres have a range of at least 90 miles in the event of a puncture and also mean that valuable space in the car isn't taken up with packaging a spare wheel.