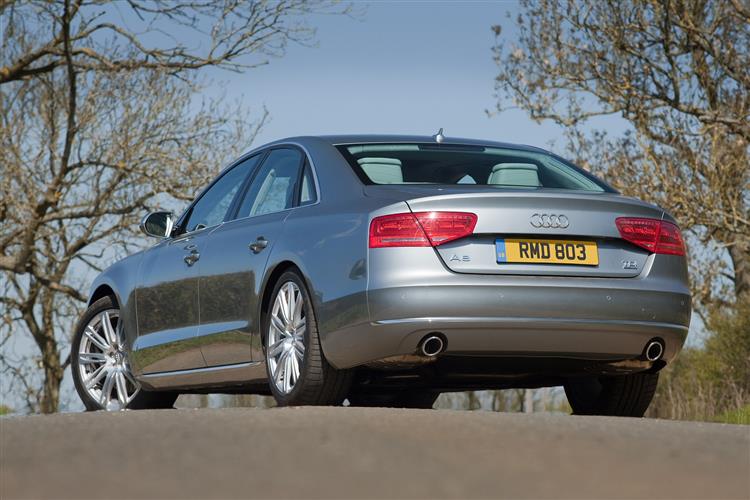 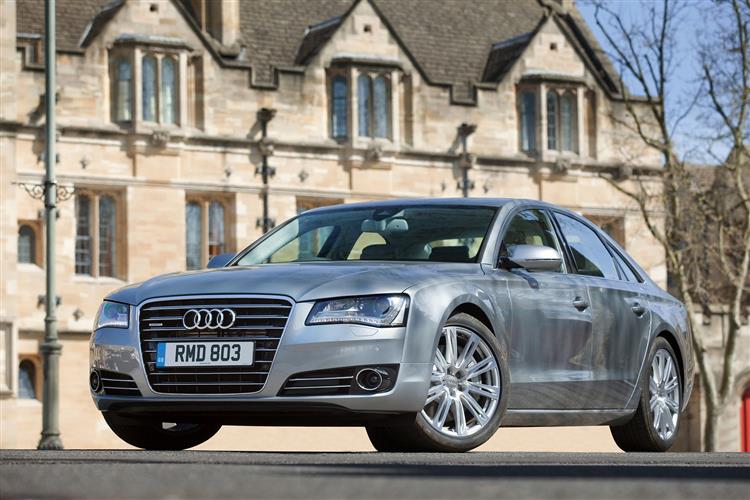 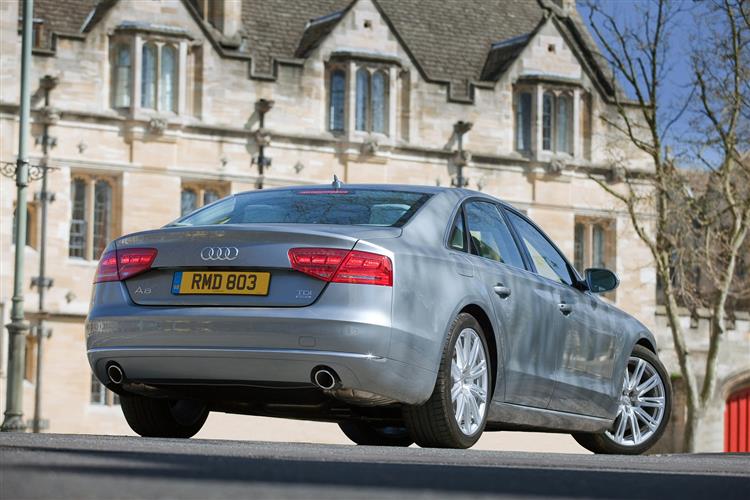 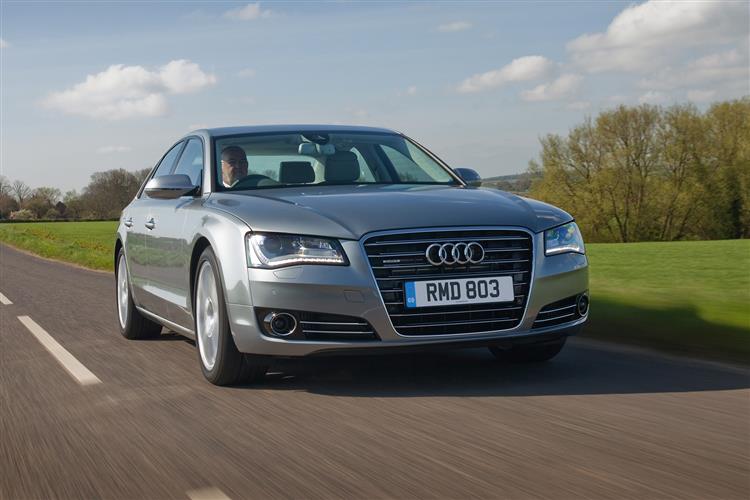 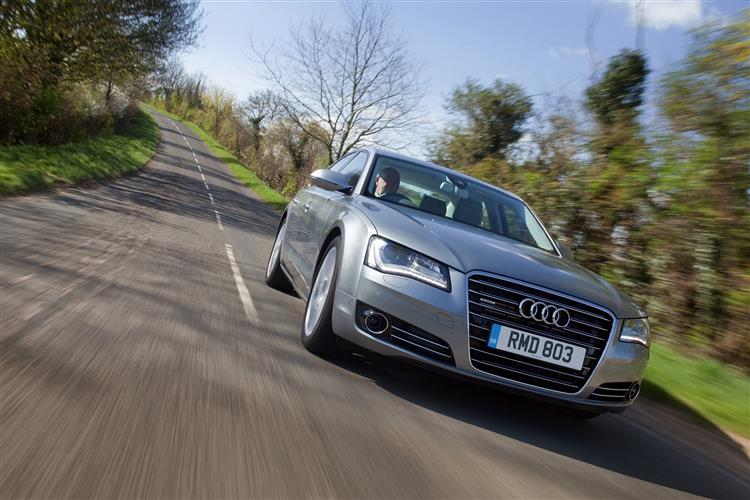 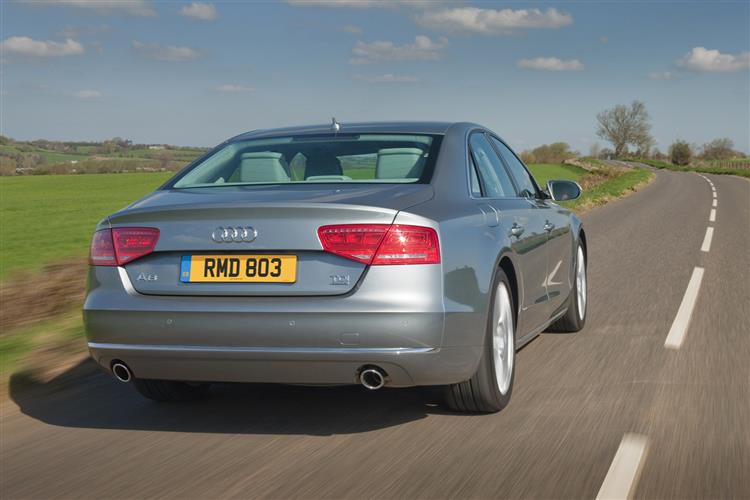 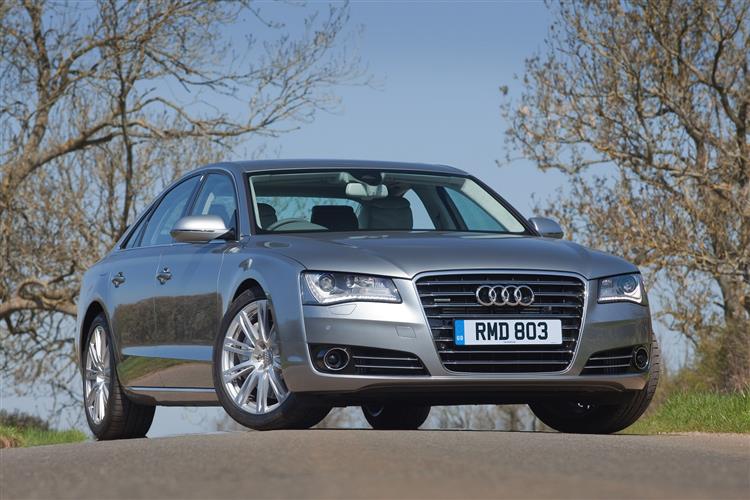 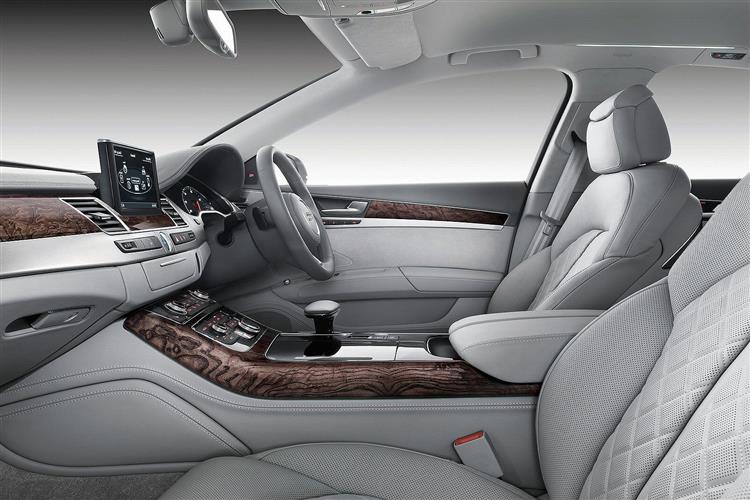 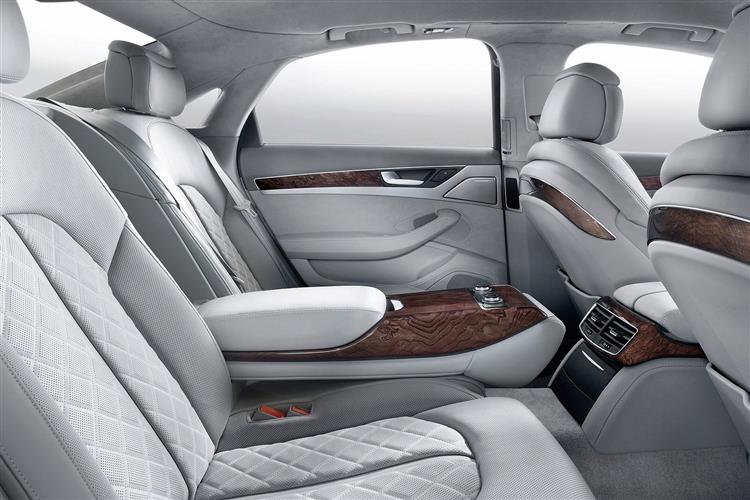 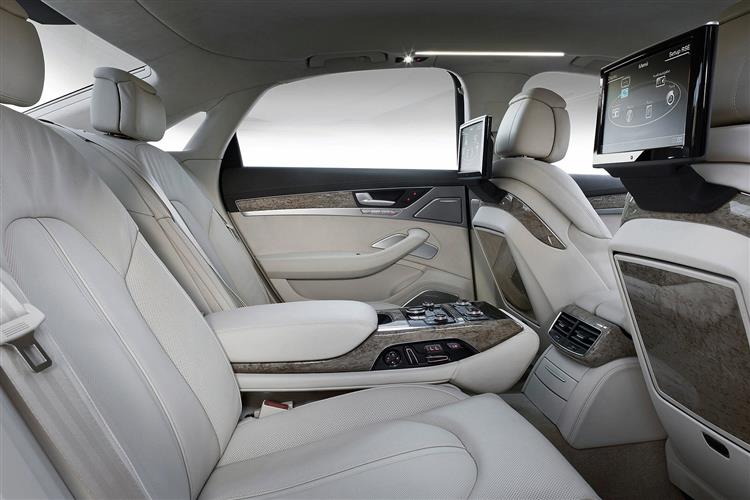 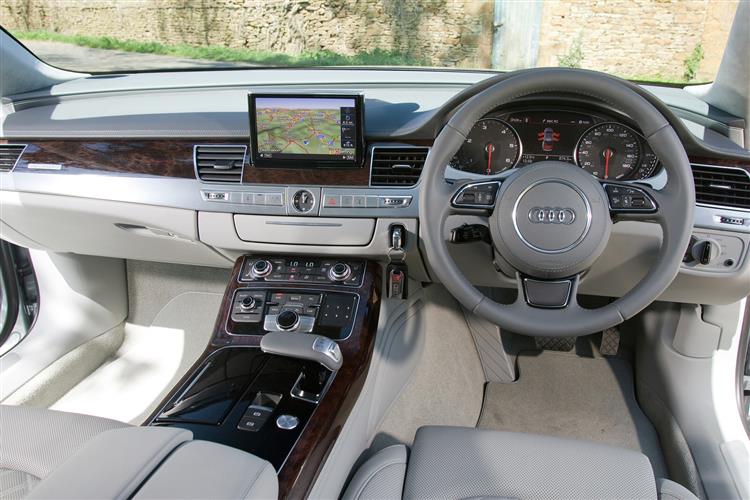 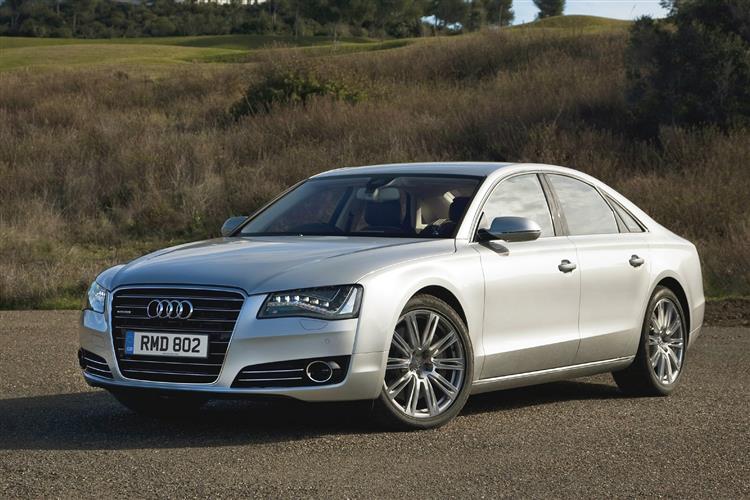 The Audi A8 needs little in the way of introduction. It's a luxury saloon that goes head to head with cars like the Mercedes-Benz S-Class, the BMW 7 Series, the Jaguar XJ and the Lexus LS. The original selling point of the A8 was that it offered four-wheel drive and an aluminium construction, making many of its rivals look old and crude. That theme continues today. Yes, you can buy front-wheel drive A8s as well, as has long been the case, but to do so tends to lose part of what's special about this car. A used A8 has proven a smart pick. The models don't get replaced quickly, they're extremely reliable and that aluminium body will never rust. Even one of the very first cars from 1994 still looks a very smart piece of styling. The car we look at here is the third generation A8, launched in the UK in 2010, running right up to the 2014 model year update.

Here's the history of the Audi A8 condensed into a paragraph. The first car was launched to rave reviews in March 1994, offering a genuine rival to the Mercedes-Benz S Class and the BMW 7 Series. We got standard or long wheelbase, an S8 version that was made famous in the gangster film 'Ronin' and bigger-selling front-wheel drive 2.8-litre cars. This model lasted until 2002 when a bigger and clever second generation car arrived. The styling was refreshed in 2005 and the A8 got Audi's clever FSI petrol engines. A crazy S8 with a 5.2-litre V10 was offered from 2006 to 2009. It was in 2009, for a 2010 UK launch that we first saw the car we deal with here, the third generation - or D4 in Audi-speak - A8. The third generation A8 was a car that seemed confident in its own skin. Highlights included all-LED headlights, a new touch screen Multi Media Interface (MMI) incorporating 'anticipatory' satellite navigation with night vision, and the Audi drive select adaptive dynamics system with an optional sports differential. The car launched with three enhanced FSI and TDI engines. Buyers chose from 3.0 and 4.2-litre diesel or a 4.2-litre petrol powerplant. Audi claimed more power and torque and economy improvements of up to 22 per cent, mated to eight-speed tiptronic automatic transmission and quattro all-wheel-drive with asymmetric torque distribution. All models featured energy recuperation technology, but 3.0 TDI versions also include engine start-stop function. February 2011 saw the launch of the long-wheelbase versions of the A8. This LWB car was offered with the 6.3-litre W12 petrol engine - an extremely rare sight. At the opposite end of the efficiency scale, Audi launched a 2.0-litre petrol/electric hybrid model in August 2011 capable of 44mpg and with emissions of 148g/km. Offering impressive returns rather more conventionally was the front wheel drive 3.0 TDI variant with 204PS and a lowest-in-class CO2 output of 159g/km, a car which followed in mid-2012. Rather more expressive was the 2012 S8, which got a new 4.0-litre TFSI generating no less than 520PS and delivering a constant 650Nm of torque between 1,700 and 5,500 rpm. The A8 range was subsequently given a facelift and a tech update for the 2014 model year. What You Pay (used_pay)

Never one of the luxury saloon sector's most ostentatious players, the A8 tends to maintain a cool studied elegance in its design. This car might not quite equal the beautifully long and sleek profile of its predecessor but there's more of a sinewy tension about its lines, resulting in an imposing road presence. The sheer size of the A8 helps instil the necessary gravitas with measurements of 5,137mm for the length and close to two meters for the width. Audi's familiar single frame grille and stylish LED embellished headlamps characterise the front end. Audi vehicle interiors rightly remain the envy of the world and the A8 just finesses the details up another couple of notches. There's a wide choice of different leathers, trim inlays in wood and metal, plus a wide range of high technology features but the basic layout conforms to Audi's usual policy of clean design and the highest quality. The rear legroom isn't huge but there's certainly enough for six-foot occupants to sit in comfort and the long-wheelbase option is available to those who really want to stretch out. A 510-litre boot should hold more than enough luggage. The model's version of the excellent MMI control interface marshals the ancillary controls on a colour display screen that glides out from the dash. It helps the A8 do a better job than any of its rivals of keeping the dreaded button clutter to a minimum. Special mention must go to the gorgeous aeronautical gear lever than makes you feel like you're bringing a 747 in to land. There's also a touch pad on which drivers can trace letters with a finger to input destinations to the satellite-navigation system.

Refer to Car & Driving for an exact up-to-date valuation section. <a href="mailto:info@caranddriving.com&subject=Used Car Price Request: Audi A8 (2010 - 2013)">Click here</a> and we will email it to you.

Although we tend to think of Audis as metronomically reliable, there are a few things you'll need to keep an eye open for with A8s. The big ticket item is usually the aluminium bodywork, so inspect it carefully for signs of parking damage, door creases or shopping trolley dints. The paint finish is generally tough but have a look at the front end for unsightly stone chips. They won't rust but it's a useful negotiation angle if nothing else. The mechanicals have proven strong. You'll need to make sure the previous keeper has stayed right on top of the oil servicing requirements for the S8 model and check the tyres for signs of suspension misalignment. The interiors are hardwearing and servicing costs for the chain-driven engines are surprisingly modest.

Fill out the simple form below to get a quote for this Fiat Ducato 35 Mwb Diesel 2.3 Multijet Chassis Cab 180 Power Auto lease.