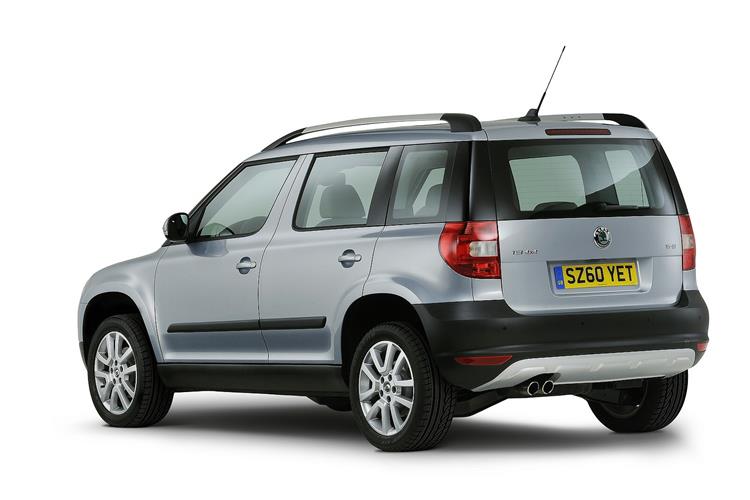 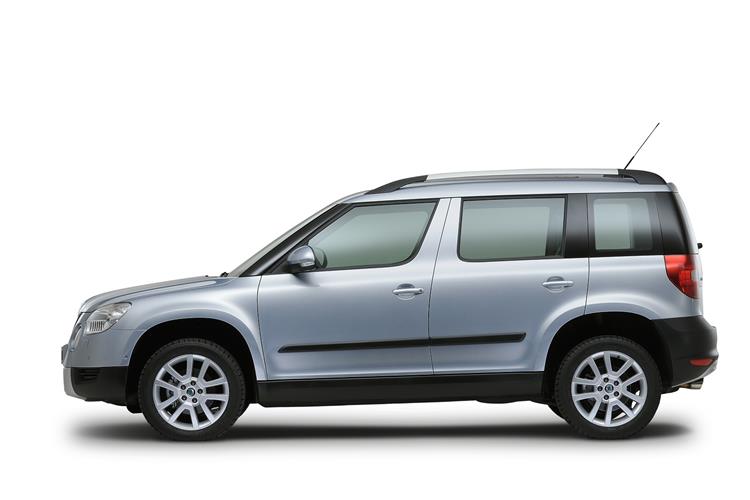 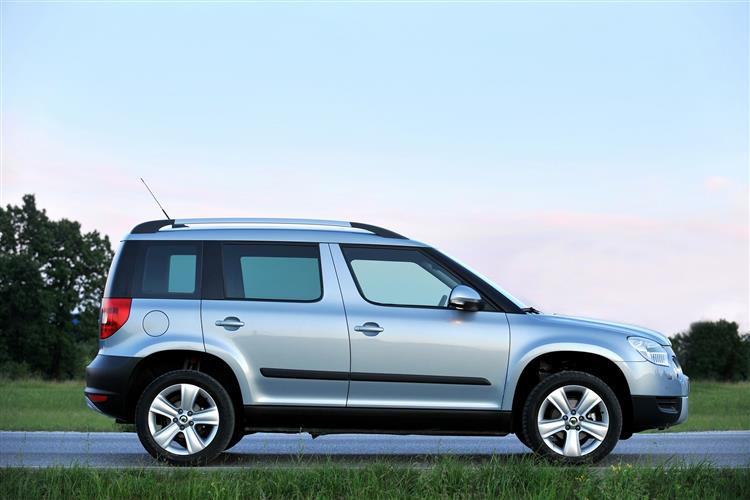 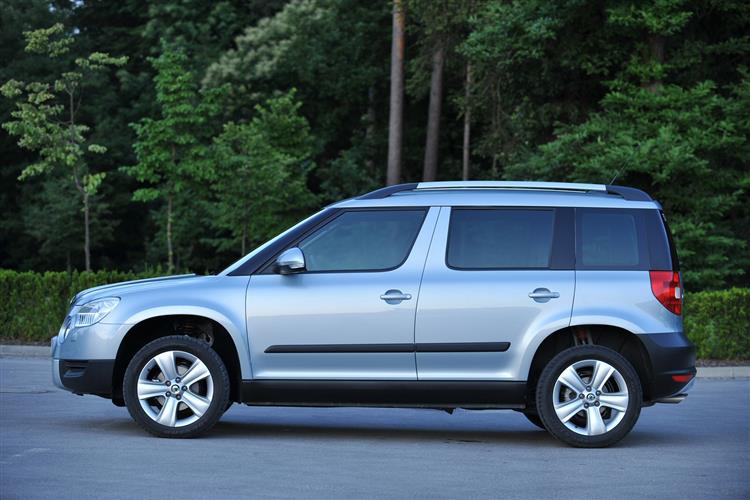 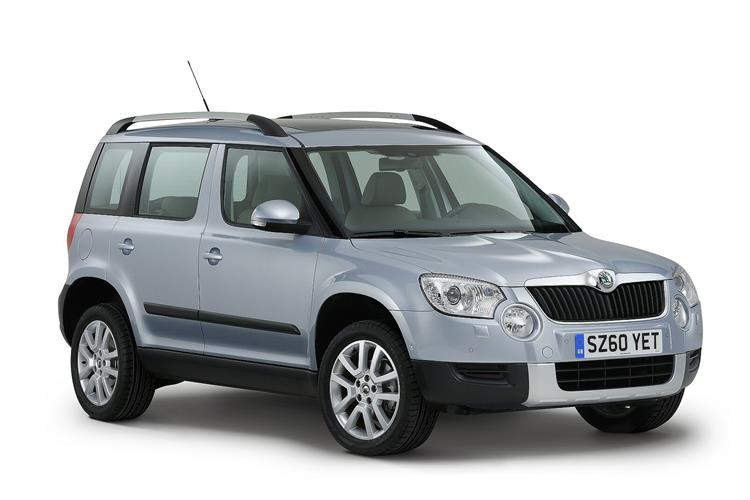 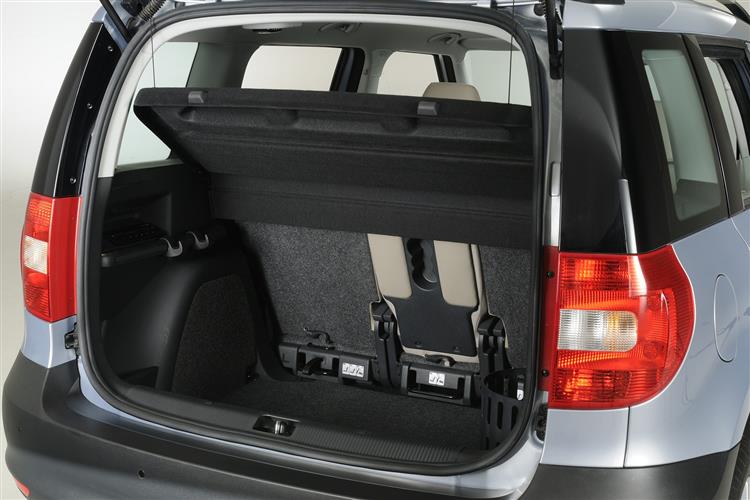 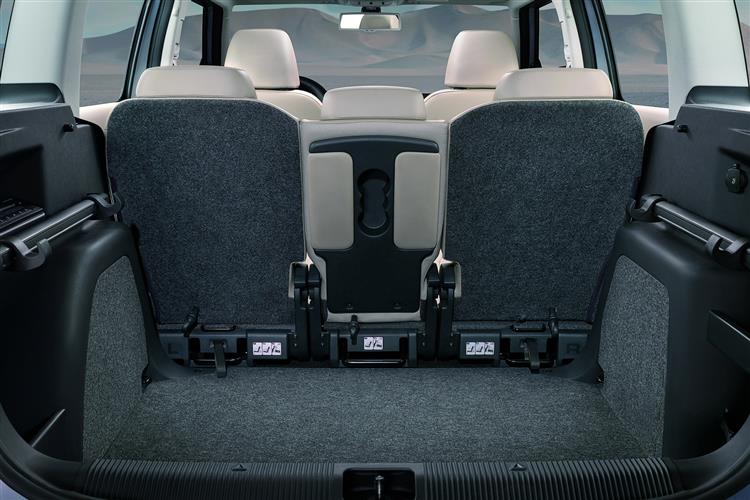 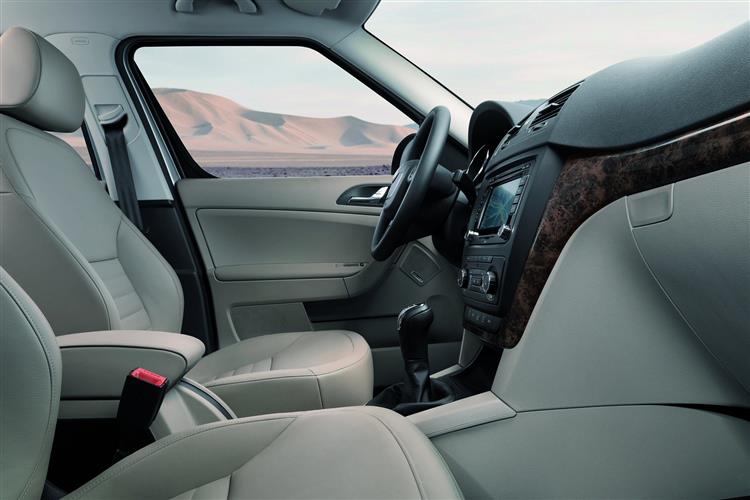 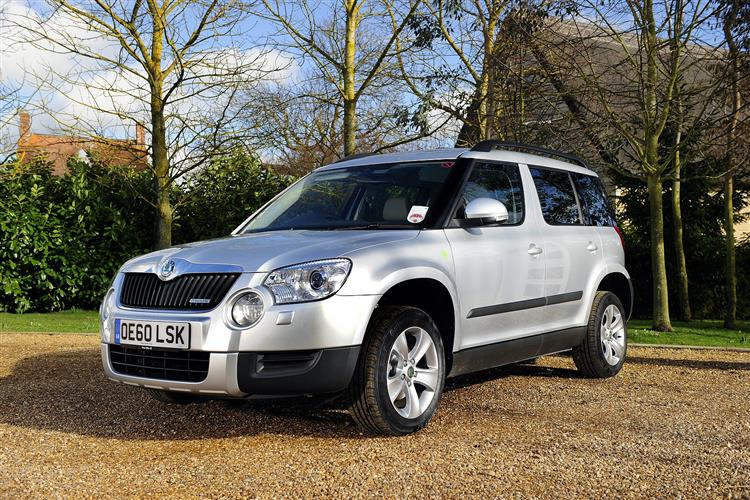 The concept of a hip Skoda took a while to gain traction with the general public. Yes, cars like the Octavia vRS had a certain inverse snobbery about them, but it wasn't until the launch of the Yeti that Skoda had a car on its books that would generate a new sort of customer into their showrooms. The Yeti was cool because there was nothing quite like it, not only in the Volkswagen Group portfolio, but amongst anything similarly priced. It also possessed another essential prerequisite, namely that it didn't appear to be trying too hard. Of course, its profile was boosted hugely by Jeremy Clarkson's proclamation that it was the greatest thing....in the world on Top Gear and while it was then no longer a car merely for the clued-in customer, it was good to see Skoda getting some recognition at last for years spent at the coalface. Buying a used Yeti isn't too difficult. There's plenty of stock out there and the cars tend to be both tough and well looked-after which is a winning combo. Here are the key points.

The Skoda Yeti was first unveiled at the 2009 Geneva Motor Show. It looked suspiciously production ready insofar as it didn't have gull wing doors and handlebars instead of a steering wheel, which suggested that Skoda was serious about this one. It needed to be too. The crossover market was blowing up, thanks to massive sales of cars like the Nissan Qashqai. Buyers, it seemed, couldn't get enough of 4x4 styling with civilised road manners and economical engines: Skoda wanted in. There was something different about the Yeti though. It's squared-off styling set it apart from cars like the Qashqai. Yes, there were the usual 'lifestyle' proclamations, but a quick look inside the car was all you needed to realise that the engineers had triumphed over the marketeers. Here was car that was refreshingly functional and that gave it a coolness that would forever elude try-harders like the Nissan Juke. The Yeti was launched in the UK in September 2009 and quickly picked up a raft of awards. Buyers got to choose from 1.2 or 1.8-litre petrol engines or a 2.0-litre diesel available in three different power outputs, 110, 140 and 170PS. All the diesels and the 1.8 petrol were offered with four-wheel drive, while the 1.2 and the 110PS diesel were also sold in front-wheel drive form. The range was quickly bolstered with the addition of a 1.4-litre TSI engine and an economical 1.6 TDI GreenLine diesel. In May 2011, Skoda announced the Yeti SE Plus trim level which got the following features over the SE: Kristal upholstery, Amundsen touch-screen satellite navigation system, a CD autochanger, Bluetooth telephone connectivity, a multi-function steering wheel, electric driver and passenger seats, plus rear passenger folding tables on back of front seats. At the start of 2013, Skoda added a flagship model to the line. The Yeti Laurin & Klement was available only as a four-wheel-drive model and came with a choice of three engines: the 1.8-litre TSI 160PS, 2.0-litre TDI CR 140PS DSG and 2.0-litre TDI CR 170PS. The 2013 Frankfurt Motor Show saw the unveiling of a refreshed Skoda Yeti model.

Refer to Car & Driving for an exact up-to-date valuation section. <a href="mailto:info@caranddriving.com&subject=Used Car Price Request: Skoda Yeti (2009 - 2013)">Click here</a> and we will email it to you.

If owners are to be believed, it's tough to buy a better used car. The Yeti came second overall in the Auto Express Driver Power customer satisfaction survey in 2011. It won in 2012 and again proved better than everything else in 2013. It was voted Best In Category for build quality too. Just about the only thing you really need to look for is exhaust damage caused by careless off-road use. Check the condition of the front tyres too, as this will hint at any suspension alignment issues. Other than that, it's the usual stuff like supermarket dings and scrapes and kiddie damage in the back. The interiors tend to be sturdy and the paintwork is extremely high quality.

(Estimated prices, based on a 2009 Yeti 1.8 TSI) An alternator is fairly pricey at around £400, while a clutch assembly is around £215, making these parts of the Skoda ownership experience as upmarket as Volkswagen claim. Front brake pads are a reassuring £50 a pair, whilst a starter motor is around £135.

Unless you're gunning this car off the line on a wet day or driving it off road, you're unlikely to realise that it has four wheel drive at all. Actually, it may not have, since the entry-level 105PS 1.2-litre petrol and 110PS 2.0-litre TDI diesel models that many customers will choose are two wheel drive-only. If you want the Haldex 4x4 arrangement borrowed from Skoda's Octavia, you can choose any of the 2.0-litre diesels, the 110PS offering supplemented by 140PS and 170PS offerings, or a 160PS 1.8-litre petrol unit. The 1.4 TSI is probably the best petrol unit and while the later 105PS 1.6 TDI GreenLine makes some extremely good economy figures, they're not actually that much of an improvement on the 110PS 2.0-litre diesel. If you have opted for all-wheel drive, you shouldn't be expecting to conquer the Serengeti - the system will only send drive to the rear when it detects wheel slip. Still, at least some off-road ability is assured by the presence of hill decent control (which applies automatic braking to maintain a constant downhill speed) and an off-road driving mode that adjusts the ABS, traction control and EDL (Electronic Differential Lock) systems to cope with loose surfaces. Ground clearance is measured at 180mm. At the wheel, you've that elevated SUV-style driving position with excellent all-round visibility but at the same time, a car that will handle like any conventional Golf-sized family hatch, quick to change direction, with surprisingly little body roll for something this tall. There's loads of grip, the ride is comfortable and the electric power steering is direct and accurate, if a little artificial-feeling. Drivers who'd normally struggle to adjust to a conventional small SUV will quickly find themselves driving this car smoothly and swiftly. The ride quality of the Yeti is firmish, but as a result body control for such a high-sided vehicle is excellent. You might have to put up with the occasional bump and thump in the cabin but you won't get the sort of low-frequency swaying that often leads to travel sickness in tots.

Fill out the simple form below to get a quote for this Fiat Ducato 35 Mwb Diesel 2.3 Multijet Chassis Cab 140 lease.