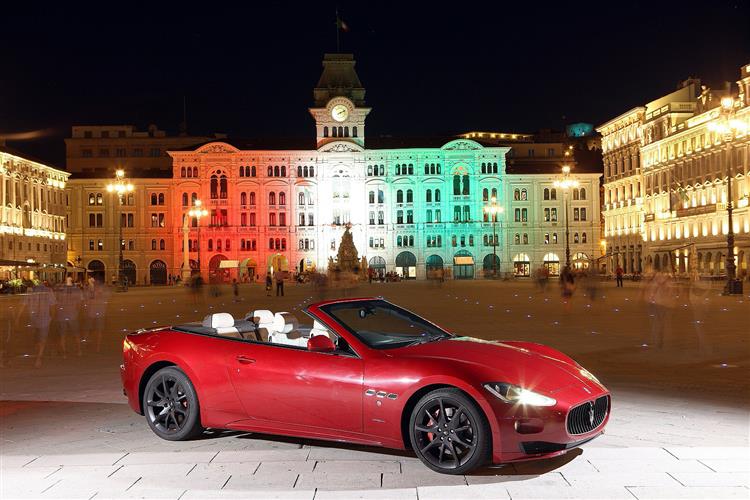 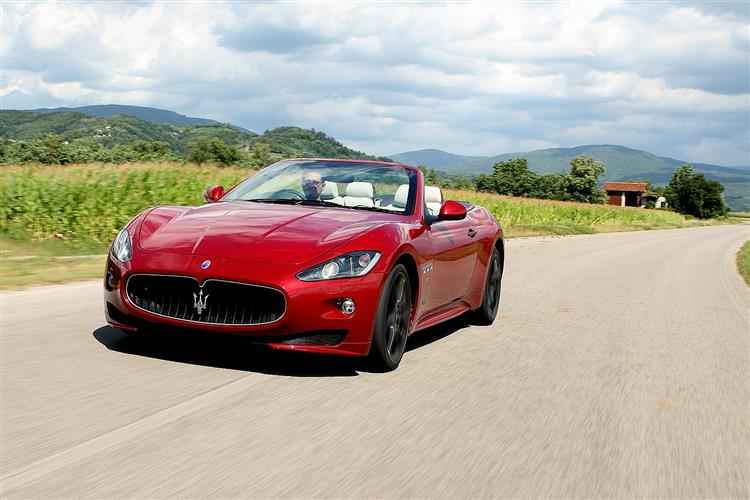 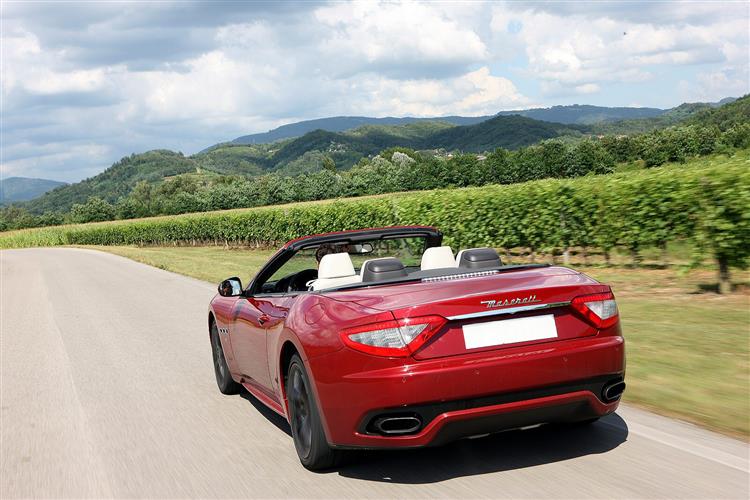 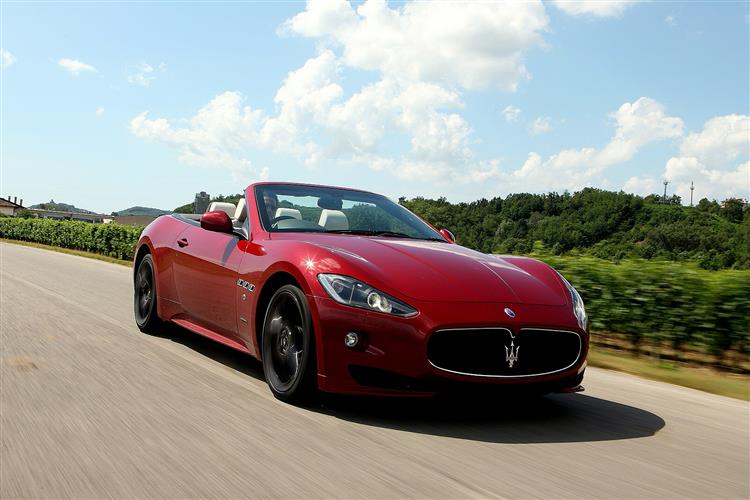 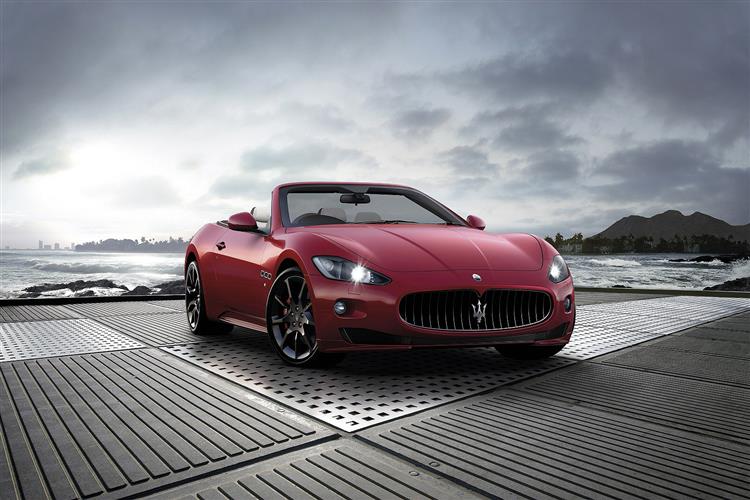 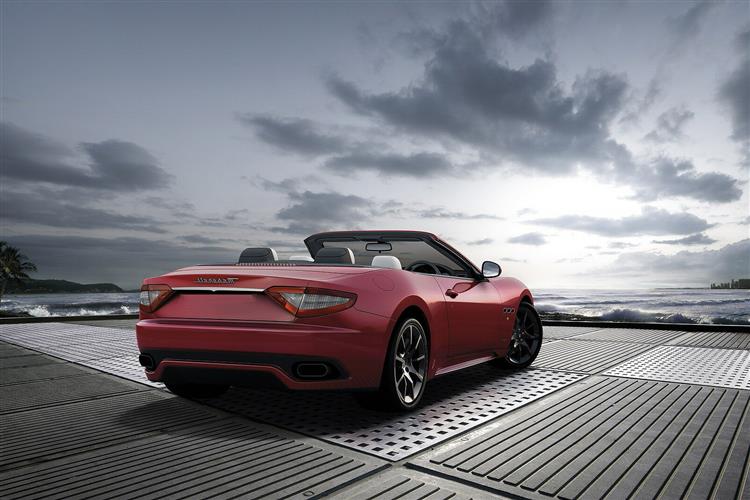 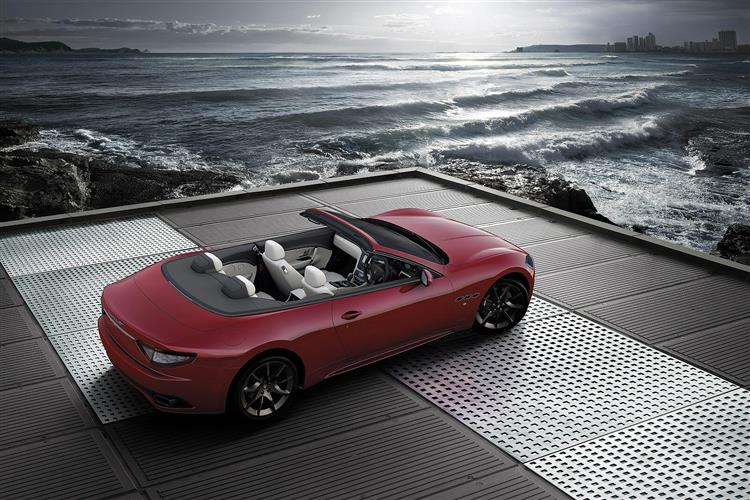 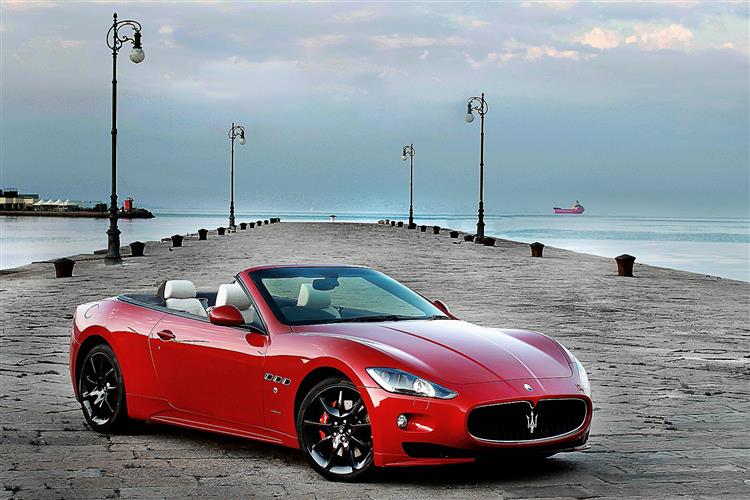 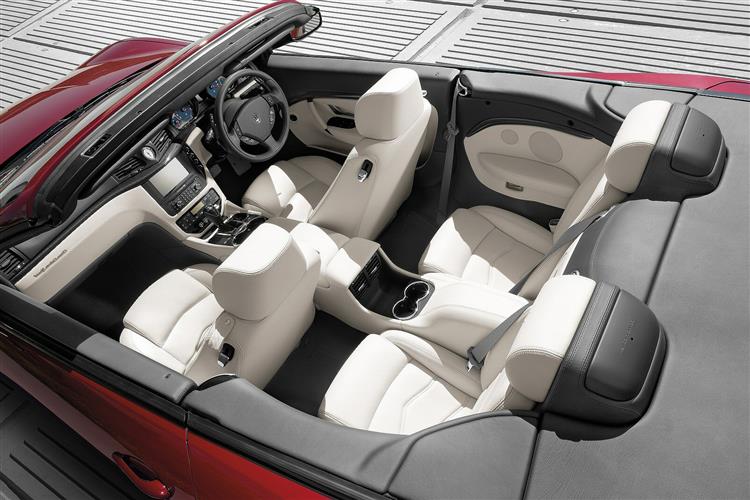 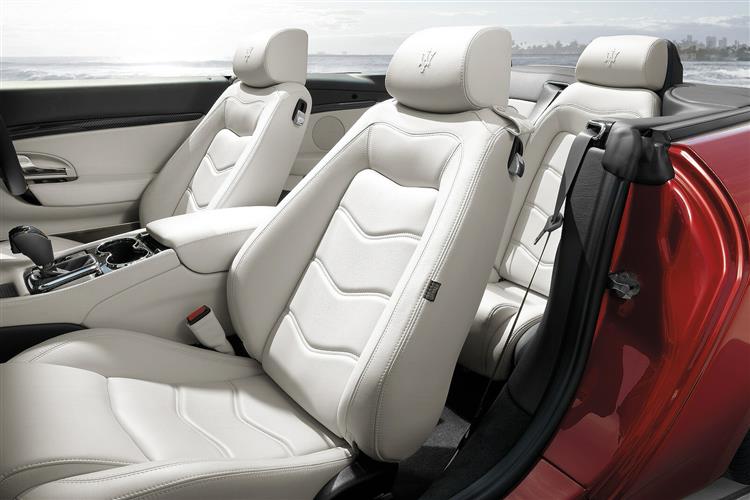 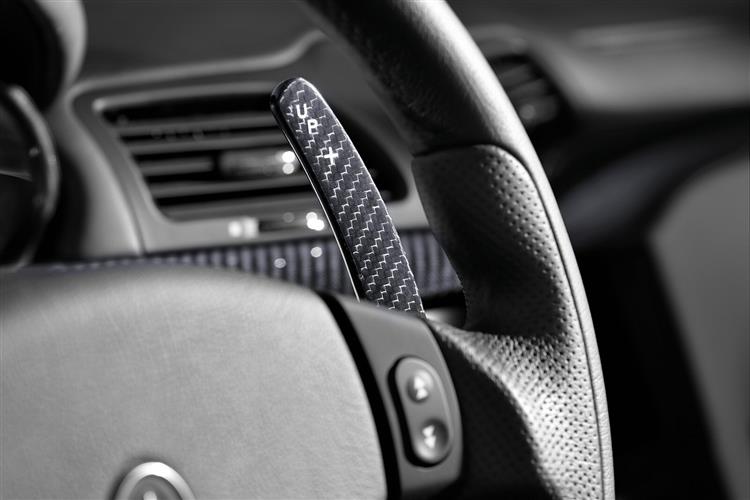 Buyers of top luxury convertible sports cars who find Ferraris and Lamborghinis too extrovert, Aston Martins and Jaguars too stuffy and offerings from BMW and Mercedes-Benz too clinical have an alternative sold in the 21st century's second decade that blends beauty with performance and class. This GranCabrio was a fine demonstration of where Maserati aimed to go in the modern era and makes a better job than almost any other rival from its period of combining four-seat cabin space with sports car handling. Add gorgeous looks and an illustrious brand heritage and it's a tempting proposition.

So the time has come to reward yourself with a really desirable exotic sports car, something with an open-top, a classic badge and an engine to die for. We're talking a step above the German premium brands here. After all, you can feel proud to have a cabriolet Mercedes or Audi in the driveway but your choice won't stop the traffic. Here's a car that will. Maserati's GranCabrio, sold between 2010 and 2019. It's a rather unique choice too. In the luxury convertible class, hardly any of the options on offer have proper rear seat space for four and those that do, Bentleys and BMWs, are anything but cutting edge sports cars. This Italian, in contrast, claims to offer everything. A Ferrari engine note, sharp driving manners and room in the rear to share the experience with a couple of fortunate friends. What could be better? Before this GranCabrio arrived in 2010, the open-topped version of Maserati's GranTurismo coupe, the company's Viale Ciro Menotti factory had never before produced a four-seater convertible, despite a long history of open-topped sportscars stretching all the way back to the A6G Frua Spyder of 1950. Today, the brand sees that extra passenger carrying capacity as essential, one of the things that differentiates its sportscars from those of Ferrari, Jaguar and Aston Martin. The car was launched in 2010 in standard 440PS 4.7-litre V8 form, with the faster 450PS Sport model introduced a year later. A race-tuned MC version was launched in 2013, featuring the 4.7-litre engine in 460PS form. There was a subtle facelift in 2017, then the GranCabrio range sold until 2019, when it was replaced by a convertible version of the MC12.

There's a story that one time President of the Ford Motor Company, Henry Ford II, used to lark around in a Maserati Ghibli Spyder. Naturally, he was questioned as to why he, the head of one of the world's largest car companies, would drive such a thing. 'When my engineers build me a car as beautiful as this, then I'll put this one in the garage', came his reply. They never did. A Maserati, particularly a Maserati convertible, is a thing of beauty. Always has been. And nothing changed with this Pininfarina-penned GranCabrio. In accommodating that enormous V8 engine and those adult-usable rear pews, this was inevitably always going to be a very long car, at nearly 5 metres lengthier even than Bentley's huge Continental GTC. And while the pretty shape didn't disguise these proportions, it did present them very favourably. In this, Pininfarina was helped by the decision, part-way through the development process, to ditch plans for a Mercedes SL-style metal-folding roof that would have delivered a cramped, heavier and much uglier result. So we got instead a triple-layered canvas top that takes a leisurely 28s to lower but can at least be operated at speeds of up to 19mph either by a switch in the cabin or, if you so desire, by a button on the key fob. So, should you be over the road from your GranCabrio sipping a cappuccino when a downpour begins, you can effortlessly raise its roof. Using a soft-top made this car more aerodynamic and retained its optimum weight distribution and low centre of gravity. What it didn't do, rather disappointingly given the possible needs of up to four occupants, was to give it a decently sized luggage bay. In trying the retain the torsional rigidity to enable sporty handling, the designers had to incorporate a torsion wall in the boot, with disastrous spacial consequences, luggage room falling from the 260-litres you get in the GranTurismo coupe to just 173-litres. You can't fold down the rear seat backs to increase it either. All of which means that if you are taking a couple of passengers on your GranCabrio adventure, they'd better be the understanding sort, happy to travel pretty light. Some forbearance on their part will also be necessary once a seat has been taken in the rear. As advertised, it's perfectly true that there's an impressive amount of back seat legroom on offer. What Maserati loyalists won't tell you though, is that these seats were moved inwards, restricting elbowroom, and worse upwards, limiting headspace when the roof is up, whilst subjecting rear occupants to buffeting when it's down. Short-to-medium length journeys will be fine for most adults though, which is an achievement in itself for this class of car. There are no buffeting issues for those up-front, especially if they're travelling two-up and are in a car whose original owner paid extra for the wind-deflector that reduces this by up to 70%. That's the kind of refinement you'll need if you're thinking of going alfresco on colder days in this car, for to be frank, the heater isn't very powerful, nor can it be supplanted by the kind of 'Airscarf' arrangement you find on much cheaper cabrios where hot air is funnelled up to your neck. Otherwise, the cabin ambience is up to the job of justifying what was originally a £100,000 price tag, swathed in soft Poltrona Frau leather though speckled with rather too many buttons in an age where many rivals had 'i-Drive'-style central controllers.

Obviously, a GranCabrio is going to be pricier to run than a German rival, but there aren't as many issues as you might think, according at least to our ownership survey. Maintenance is expensive though, especially at franchised dealers, so look over the car in question very, very carefully, particularly of course if it's of an older, higher mileage vintage. The Ferrari-built engines and drivetrains are pretty solid and most of the issues we came across were relatively minor. One owner of a 2013 model had to have one of the front parking sensors replaced and had to replace a suspension sensor. In that particular case, the exhaust valve vacuum stayed on, keeping the valves shut in the normal drive mode (the owner pulled out the vacuum hose to leave it in sports mode) Other problems we came across with owners included a cracked water coolant tank, a transmission leak, a variator issue, a whining differential and some ABS issues (drums were getting stuck/seized). Otherwise, it's just the usual things; check the alloys for scratches, make sure that there's no loose trim and insist on a full service history.

Fill out the simple form below to get a quote for this Fiat Ducato 35 Maxi Xlb Lwb Diesel 2.3 Multijet High Roof Window Van 160 Auto lease.