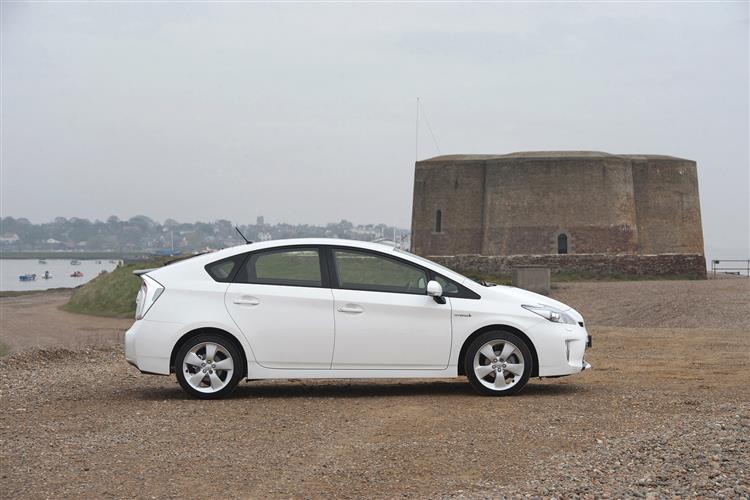 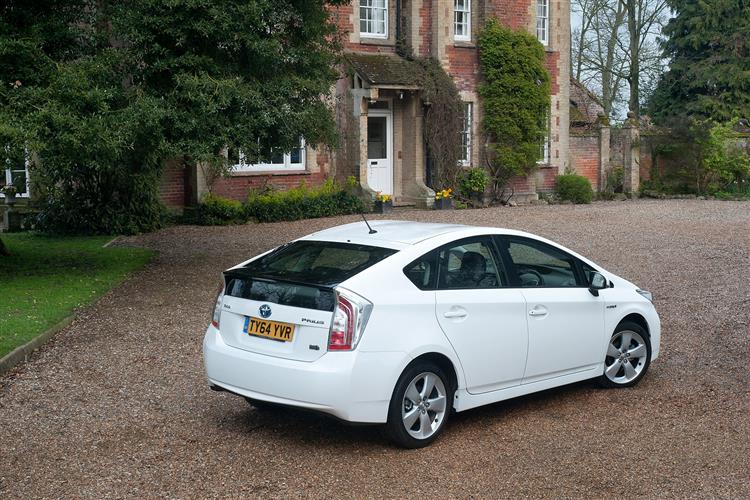 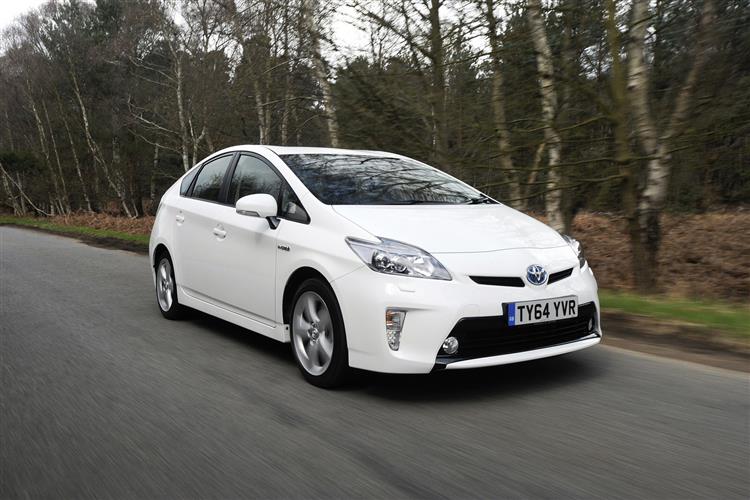 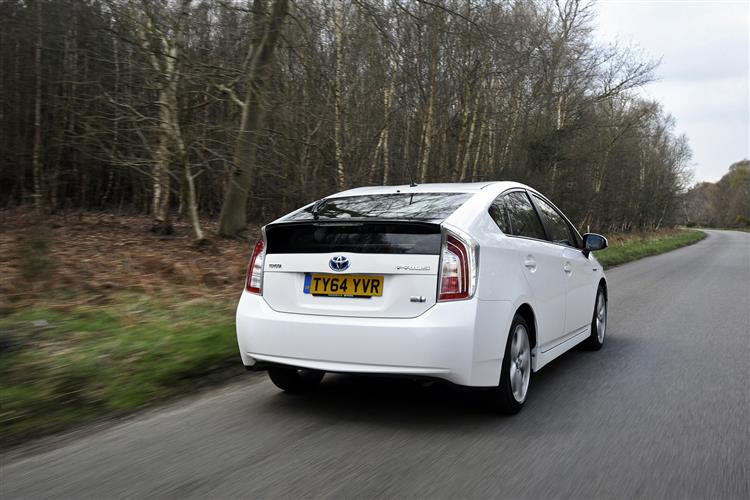 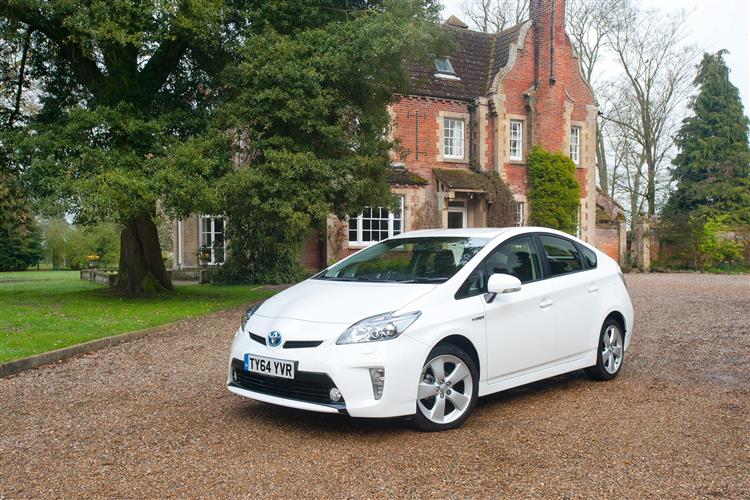 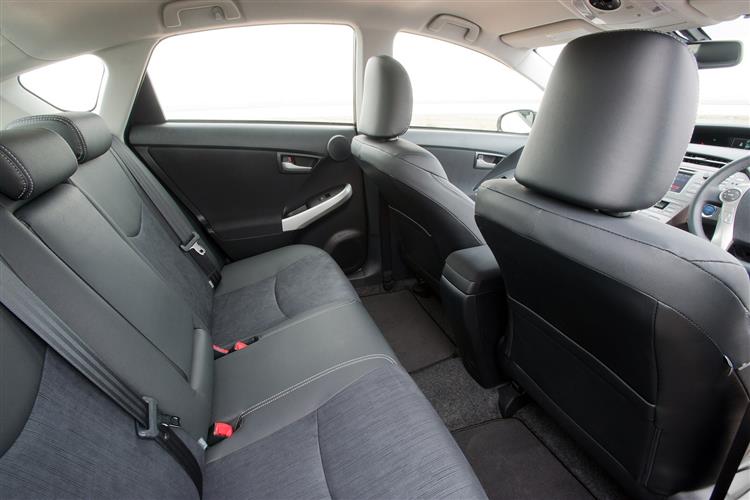 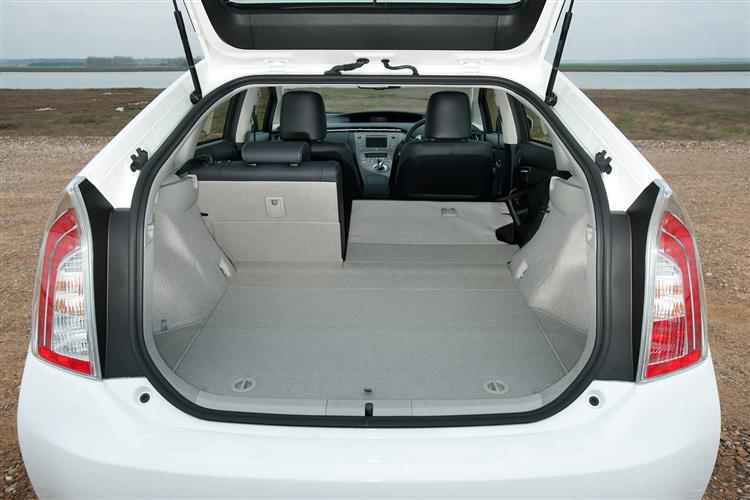 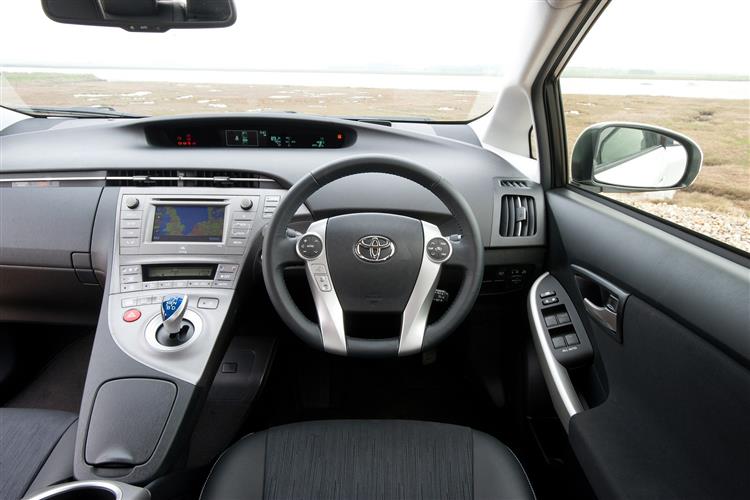 Toyota's Prius remains the most recognisable hybrid vehicle on our roads and in third generation guise, it was not only greener and more frugal than its predecessor but also larger and more powerful. It was, in short, a hybrid that had more mainstream appeal and became a real viable option for many family buyers who previously would never have considered a model of this kind. Let's see how it stacks up as a used buy.

Think of a hybrid-powered family car and you're probably picturing this one, Toyota's Prius. Launched in 2000, with New Millennium thoughts turning to increased automotive efficiency, this was the world's largest car maker showing us exactly what was possible. The original version was immediately embraced by eco-warriors the world over, who quickly also included Hollywood celebrities and assorted green-friendly politicians when the second generation 2003 version offered us the concept in smarter, more user-friendly 5-door form. But it was hardly perfect. The cabin felt smaller than the conventional Mondeo-sized models it was priced against and away from urban use, the feeble 1.5-litre petrol engine struggled, its fuel and CO2 figures falling behind those of a conventional diesel. So in creating this third generation design, launched in 2009, Toyota had a re-think. The result was a MK3 model with a pokier 1.8-litre hybrid engine, a car that Toyota hoped could finally offer viable everyday family alternative to ordinary medium range-sized models. A car folk might consider buying even if they didn't have a Greenpeace membership card in their pocket. At the time of its introduction, it was the most efficient five-seat family car money could buy. In 2012, Toyota also announced a Plug-in version, but its price was high and it's electric-only range relatively restricted, so sales were slow. There was also a Prius+ 7-seat MPV - but we cover that separately. Production of the conventional third generation Prius range lasted until 2015 and early the next year, Toyota launched a smarter fourth generation version. What You Pay

You'd be forgiven for mistaking this third generation Prius for its predecessor, with its trademark arching roofline, slab sides and double rear screen. Look a little closer though and the differences become more pronounced, though this still remains one of the slipperiest cars in modern production with a super-low drag coefficient of 0.25Cd. Most importantly, it's bigger than its predecessor - something which made original buyers feel a lot better about the prospect of spending around £20,000 on one. You appreciate this most at the back where legroom really is excellent, even if you're sitting in the middle. Thanks to the highpoint in the rear roofline having been moved back by 10cm, headroom is pretty good too. There's better bootspace than you might be expecting too, given that all those batteries have got to sit somewhere. There's 446-litres with all the seats in place, which is about the same as you get in a Honda Insight hybrid from this era. And 1120-litres across a fully flat load area with the seats level - which is a little less than that Honda offers. For valuable items, there's also a hidden tray on top of the spare wheel. At the wheel, you're surrounded by Toyota's usual high standards of fit and finish, with the various switches and screens managing to easily impart an enormous amount of information very quickly.

Refer to Car & Driving for an exact up-to-date valuation section. <a href="mailto:info@caranddriving.com&subject=Used Car Price Request: Toyota Prius (2009 - 2016)">Click here</a> and we will email it to you.

High tech models often have a tendency to produce a few glitches, but the MK3 model Prius has been remarkably trouble free, Toyota ironing out some of the quirks that afflicted earlier models. There were a number of reports of 2010-era models using an excessive amount of engine oil, but this issue appears to have been sorted with later cars. We came across a few owners who had problems with the infotainment touchscreen too. Other than that, there isn't much. The skinny tyres wear rather quickly and the regenerative brakes take a little getting used to, but otherwise, as long as you get a fully stamped up service history, you should be fine. Most examples should be very well looked after but some will have been used primarily as urban scoots (they neatly sidestep the London congestion charge) and as such may well bear the scars of life on the streets.

(approx based on a 2010 Prius) Parts are relatively affordable. To give you some examples, you'd be looking at paying around £15 for a drive belt and either just above or just below £100 for an ignition coil, depending on the brand you choose. If the bonnet's damaged, you'll be able to get a replacement for just under £120; if it's the front wing you have to replace, it'll be about £90. A decent quality shock absorber will set you back about £150.

Fill out the simple form below to get a quote for this Fiat Ducato 35 Maxi Xlb Lwb Diesel 2.3 Multijet Dropside 160 lease.