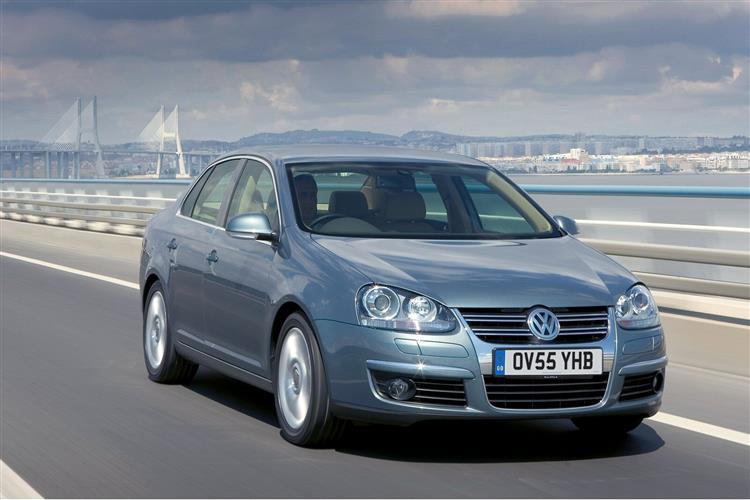 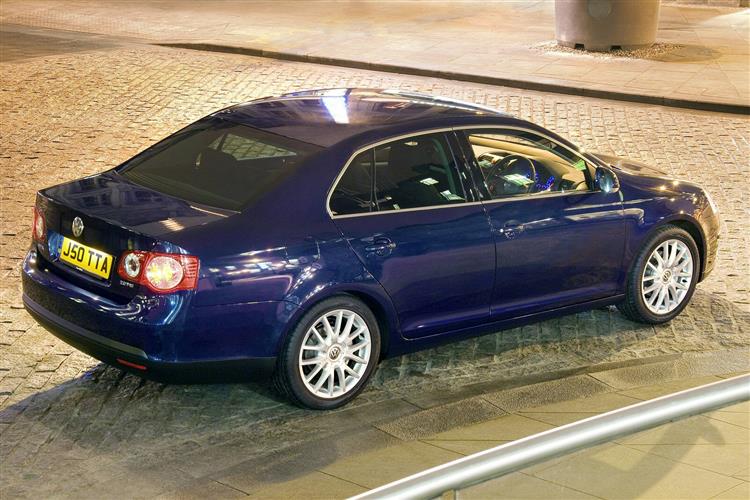 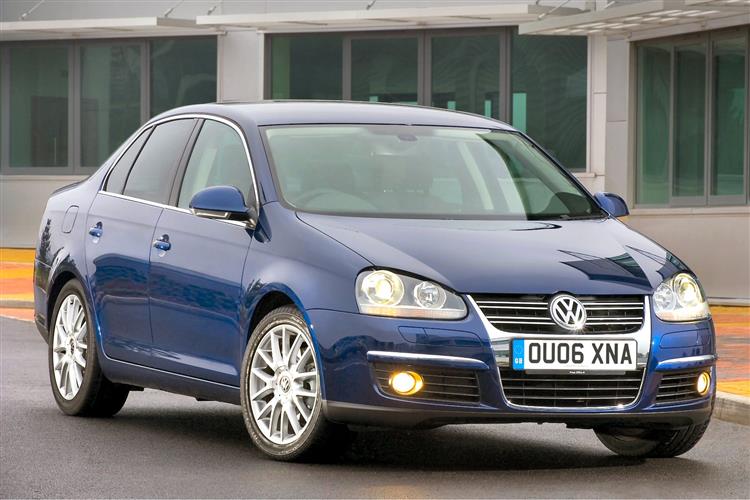 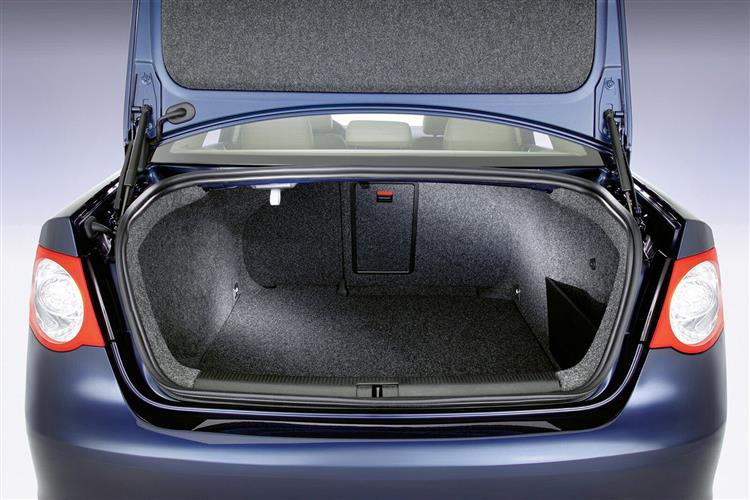 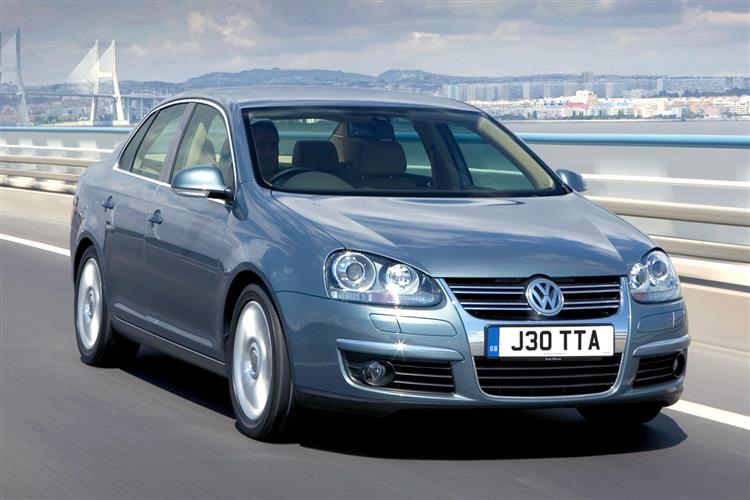 * Introduction Reviving a name from the past can be fraught with difficulty. There's often a good reason why the model was allowed to slip into obscurity. In Volkswagen's case, the old Jetta was a little different. It was seen as a rather dull but worthy car but its replacements, the Vento and the Bora never really caught on. So it is that the Jetta name was revived and with it a hopeful new assault on a more upmarket saloon market that, thus far, has also faltered at the first. Here's how to take advantage of the Jetta's stuttering start and land a bargain.

If you've anything more than a passing acquaintance with the British motor industry, you're probably aware of the issue with small cars with boots attached to their posteriors. They may sell well in the US, but over here, we get deeply suspicious of anything less than the size of a Mondeo that doesn't have a hatchback. That's why the original Jetta and its Vento and Bora successors never exceeded 20 per cent of Golf sales when measured on a like for like basis. When it came to replacing their Bora saloon in 2006, Volkswagen realised that something rather different needed to be done. Rather than the boot, the headlamps and the grille being the sole points of differentiation between Golf hatch and its saloon counterpart, the company went about making the Bora's four-door replacement something quite different and to that end, reverted back to the old Jetta name to emphasise the fact. Think of it as less a Golf with a boot and more a downsized Passat. On that basis, Volkswagen thought customers would be more likely to place an order. Seems the company was wrong. Although it's a market niche that is enjoying some modest growth, virtually every Jetta we've seen has been driven by either a salesman or a fellow motoring journalist. Landing in car dealerships in February 2006, the Jetta signally hasn't caught on, even with the introduction of extra variants like the clever supercharged/turbocharged petrol 1.4 TSI in June 2007 and the BlueMotion economy models in early 2008. Later on that year a 1.4 TSI became available with 120bhp or 158bhp featuring only the turbocharger. If you are the sort who thinks a Golf is just ostentatiously practical, here's how to capitalise on this weak market.

Viewed in profile, it's easy to establish the Jetta's genetics. The wheelbase looks a little short for a car of its length, giving it some rather old fashioned long overhangs. Nevertheless, from virtually every other angle, one has to contend that it's a very neat bit of styling. The rear end in particular is almost impossible to discern at a fleeting glance from that of the Passat, sharing its LED rear lights and beautifully integrated bumper assembly. The interior is a little plusher than standard Golf fare, although the basic architecture of the dashboard is the same. In many ways, it's reminiscent of the Phaeton luxury saloon, although the centre console is lifted from the Touran mini-MPV. With the possible exception of its pricier Volkswagen Group cousin, the Audi A3, the cabin has the beating of anything out there as regards ambience. The interior features soft-feel slush-moulded plastics, high-quality switches, subtle use of chrome, fabric-covered A-pillars plus blue instrument backlighting with red needles, a signature of the fourth generation model. The latest Golf set new standards by introducing 2Zone climate control and four-way lumbar support within the line-up, so the Jetta benefits from these features too. In addition, ESP (Electronic Stabilisation Programme), no fewer than six airbags as well as anti-lock brakes are fitted as standard throughout the range. Big car features such as automatic activation of headlamps and wipers are built into the car's electronics. The boot itself is bigger than the old Bora's. Capacity has gone up from a not inconsiderable 455 litres to a hefty 527 litres, making it more capacious than the boot of a BMW 7 Series. For extra flexibility, the 60/40 split rear back-rest can be folded forwards to form an almost flat floor up to the front seats. With all this in mind, you won't be surprised to learn that the Jetta is a larger vehicle than the Bora that it replaced. At 4.56 m long, it has grown by 18.2 cm, while width has increased by 2.5 cm to 1.76 m.

Refer to Car & Driving for an exact up-to-date valuation section. <a href="mailto:info@caranddriving.com&subject=Used Car Price Request: Volkswagen Jetta (2006 - 2011)">Click here</a> and we will email it to you.

Keep a look out for cars that have been flogged by corporate users and ensure that servicing has been attended to diligently. Check the car's specification carefully, as despite the Jetta's improved trim levels over an equivalent Golf, there are some quirks in the model 'walk up' which means that buyers often had to resort to the options list for seemingly straightforward features and may try to reflect this in the price. Don't have any of that nonsense, and negotiate hard as Jettas are sticky sellers and any knowledgeable retailer will know this. The only option that will command serious money is the DSG gearbox. Mechanically speaking, the Jetta is a car that can be bought with confidence.

Fill out the simple form below to get a quote for this Fiat Ducato 35 Maxi Lwb Diesel 2.3 Multijet Platform Cab 180 Power lease.