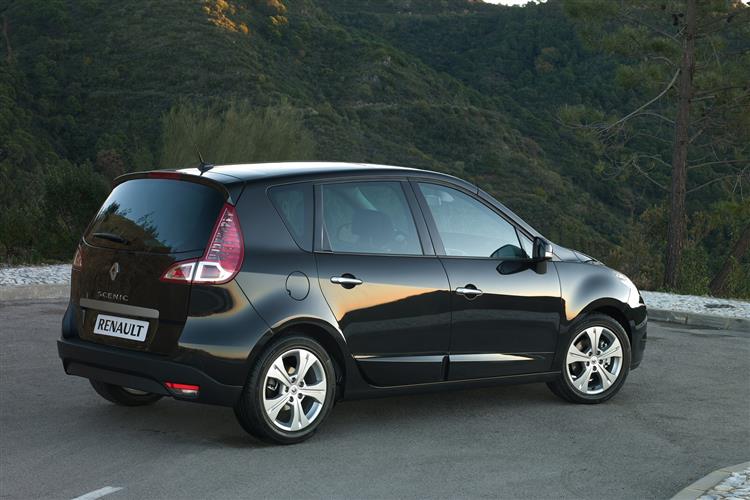 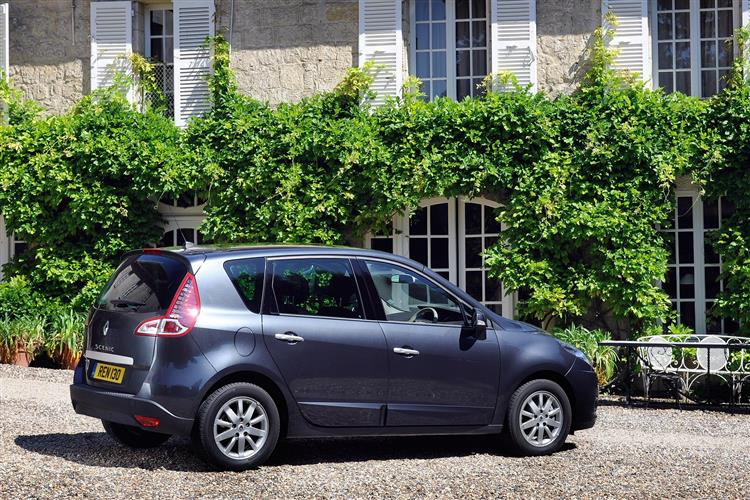 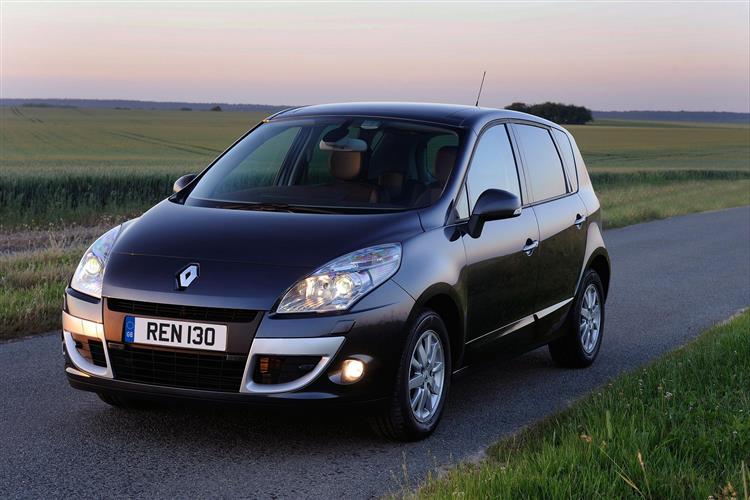 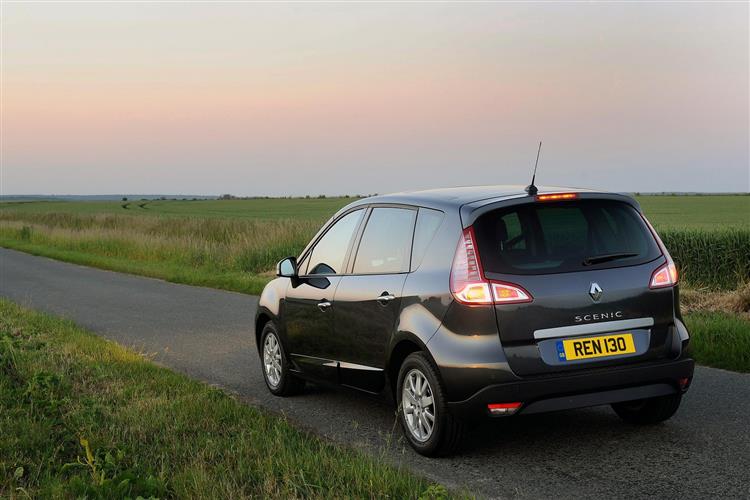 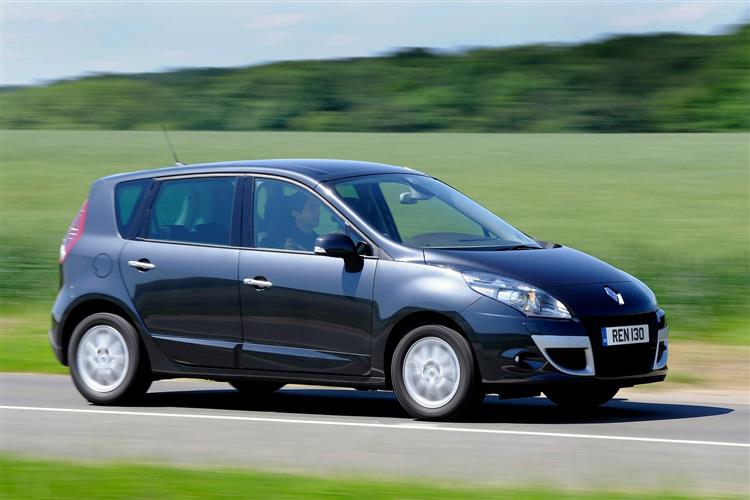 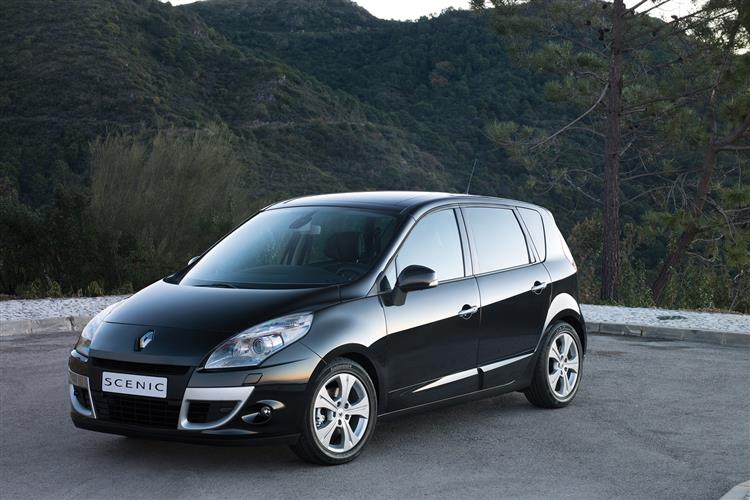 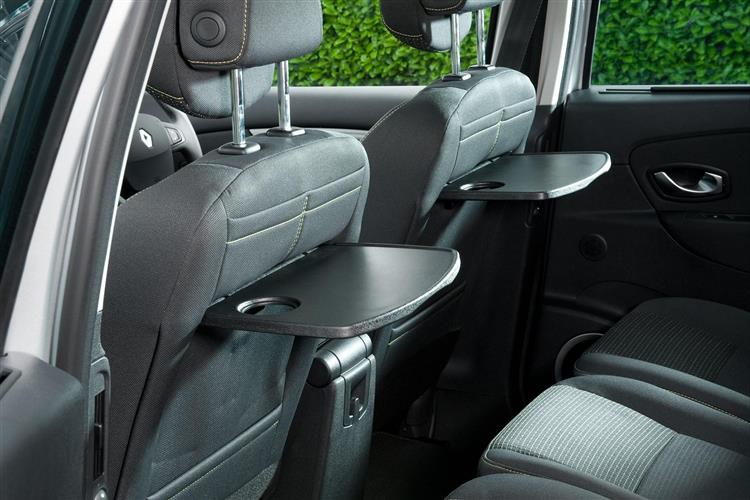 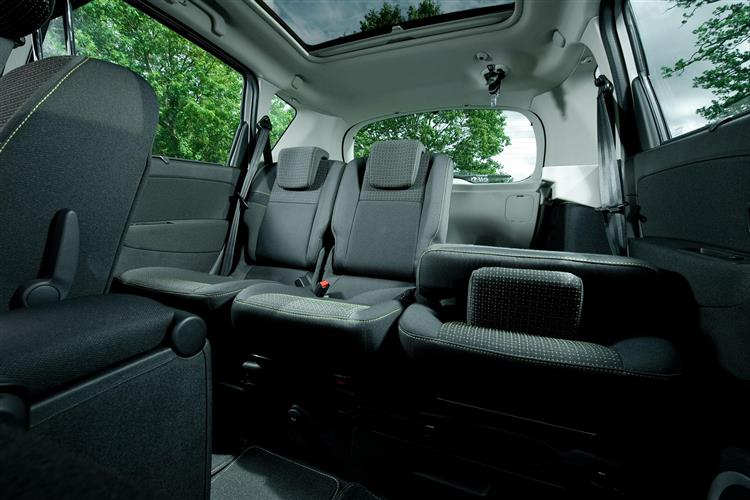 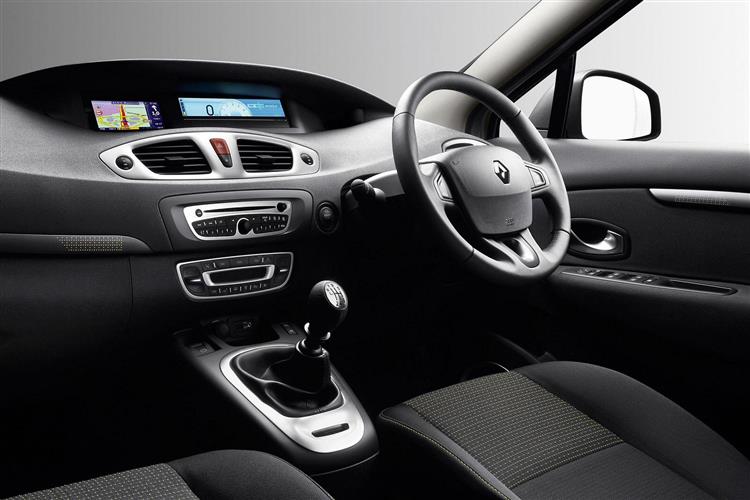 The Renault Scenic is one of those cars that's easy to take for granted. We tend to forget the great work it did popularising the compact MPV sector in this country and many will write it off as a car that excels in no particular area. Yes, there are newer vehicles that might shout a bit louder than the Renault, but many years of continual development and a solid understanding of what really counts to users of this class of vehicle has seen the Scenic quietly morph into an excellent vehicle and one that has once again found popularity with UK customers. Here's what to look for when buying used.

The Scenic might date right back to 1997, but the models we're looking at here were first unveiled at the 2009 Paris Show. Out went that trapezoidal Renault grille and in came a smoother look. Renault tried to do a lot with this car. When a manufacturer introduces a new model, they tend to try to stick to one or two clear themes, but more was expected of this generation Scenic. As well as introducing a new design language to the Scenic sub-brand, this car also packed in a lot more high-technology features, got no less than eight different engines, and promised far lower emissions. It needed to do some serious catching up as the previous model, built between 2003 and 2009 had left Scenic sales floundering. Rivals such as Citroen's Xsara Picasso, Ford's C-MAX and Vauxhall's Zafira were all taking turns at beating up the old Scenic so something drastic clearly needed to be done. This Scenic did extremely well for Renault across Europe. It won the 2009 Golden Steering Wheel award for MPVs at a canter. This prestigious trophy is given by the German daily Bild am Sonntag and by the readers of Auto Bild and similar European magazines circulated in 25 countries. The Scenic racked up 30.6% of the votes to win the MPV category. In all, more than 250,000 readers from 25 European countries took part in the vote. The Scenic's popularity saw it rise to second in the European MPV sales charts, challenging for top spot in 2010. The SMMT recognised this Scenic as the second best selling MPV in the UK in 2011, beaten only by the Zafira. In March 2011 Renault introduced the option of a Bose stereo upgrade for the Dynamique TomTom model. This model Scenic was replaced in 2012 by a slightly revised version with some new engines and a few styling tweaks. You'll spot the facelifted cars by their revised front end with gloss black and chrome detailing, standard LED daytime running lights and updated rear lights.

You probably won't be buying this car because of how it looks but it's a sharp, clean shape. Perhaps most significantly, it's only 216mm shorter than the 7-seater Grand Scenic model, which bodes well for the room on offer inside. And so it proves in the spacious, airy cabin with its large wide windscreen - even more so if you've opted for the large panoramic glass sunroof. At the wheel, the commanding driving position is complemented by a soft-touch sweeping dashboard design that shows how far Renault has come in recent times in its pursuit of perceived quality. As with previous Scenics, the three rear seats can be slid either backwards or forwards to maximise either back seat legroom or luggage space - and of course they can be tumbled forward with a relatively simple, if rather clunky three-point manoeuvre to increase luggage space to from 437 to 1837-litres, just 226-litres less than the Grand Scenic model. To put that into context, the top figure is about 100 litres more than you'd get in a Citroen C4 Picasso. You can take the seats out completely too to free up yet more space, but even if you've got somewhere to put the things, the procedure is so complicated and awkward that you'll be finding excuses not to do it. Rivals with seat systems folding flat into the floor do it better. But then, the seats-folded 1837-litre capacity is probably about as much as most families will ever need and the Scenic builds on this with a further 92-litres of oddment space. Under-floor compartments, under-seat drawers, a huge chilled glovebox, centre console cubbies, door pockets and trays on the seat backs should help to keep the family's paraphernalia in check. We also like the way that the centre storage unit between the front seats slides forward so that it doesn't get in the way if you've pushed the middle rear seat right forward, as you might do to keep a better eye on a child in a booster seat. Talking of parental supervision, some models will also have been fitted with a useful extra mirror to more easily watch what the little horrors are doing. To keep them all quiet, there are three 12-volt power sockets around the cabin so that games consoles and MP3 players can be topped up. Overall then, if you don't need seven seats, there's probably enough flexibility here to justify this Scenic's premium over either a conventional Megane-sized family hatch or a Grand Modus-like supermini-MPV.

Refer to Car & Driving for an exact up-to-date valuation section. <a href="mailto:info@caranddriving.com&subject=Used Car Price Request: Renault Scenic (2009 - 2012)">Click here</a> and we will email it to you.

With so many trim levels and engines to choose from, make sure you know exactly what you're being offered. Very little goes wrong, with the automatic transmission issues which dogged the previous model having been rectified this time round. Ensure all seats (five), the rear load space cover and the storage bin lids are present and correct and look for the usual family interior damage. Check that all the electrics and air conditioning work properly.

Fill out the simple form below to get a quote for this Fiat Ducato 35 Maxi Lwb Diesel 2.3 Multijet Double Cab Chassis 140 Auto lease.