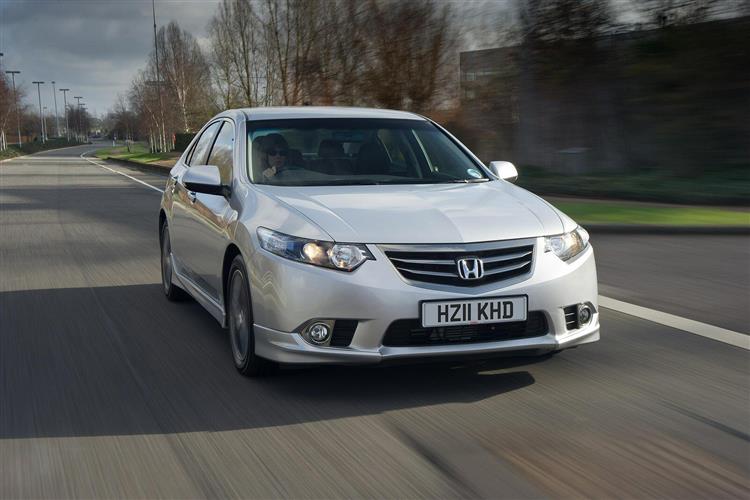 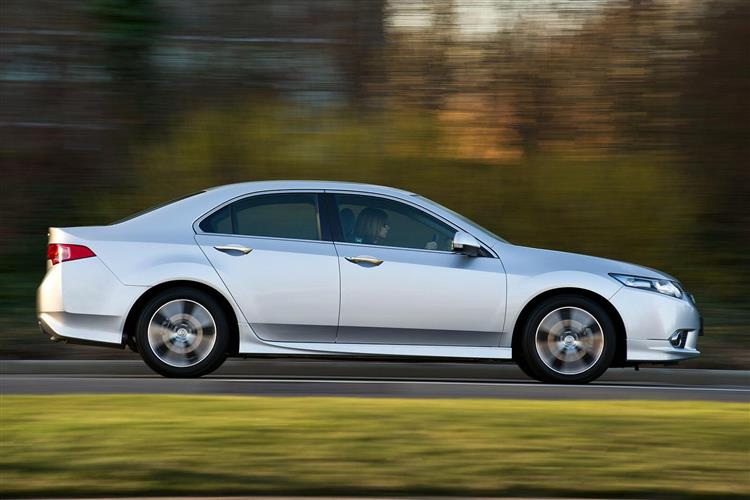 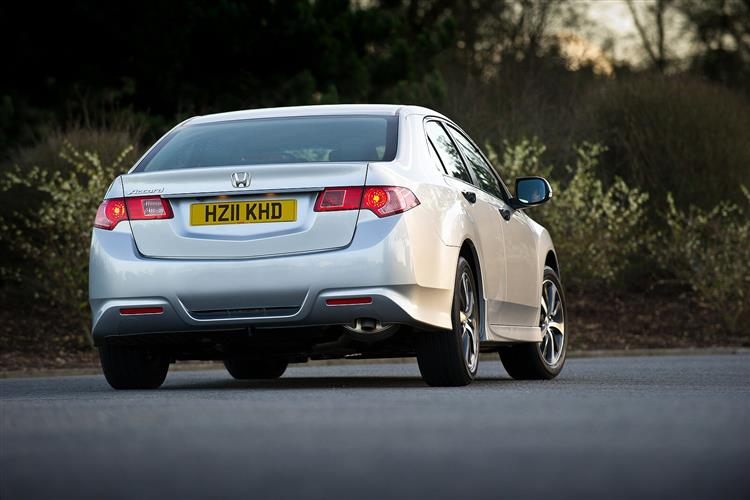 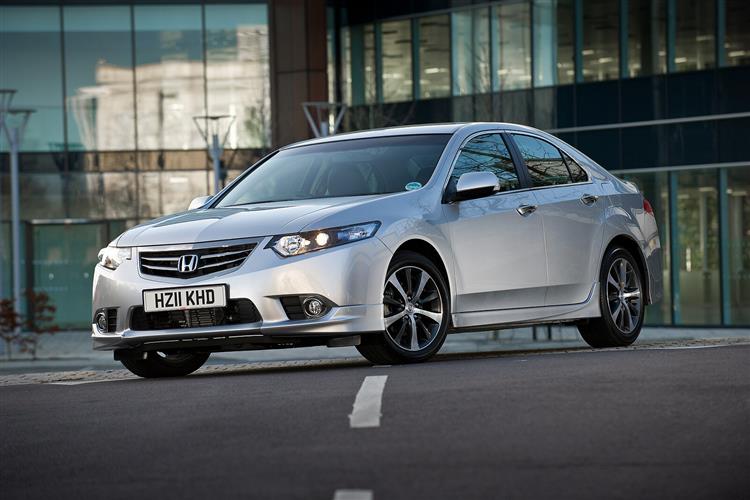 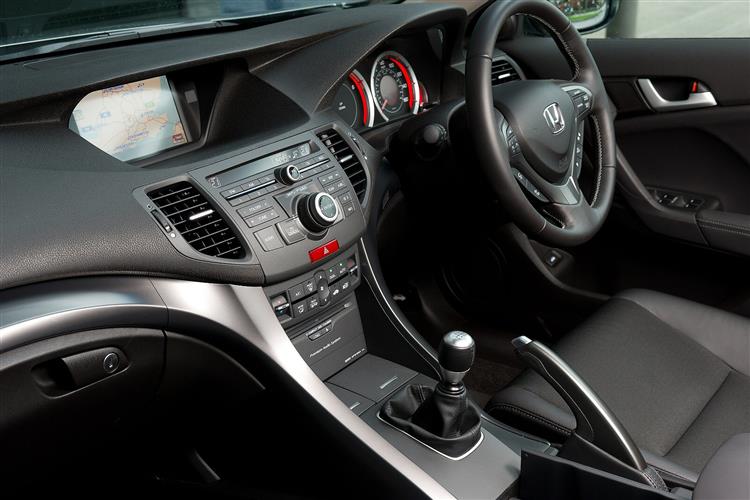 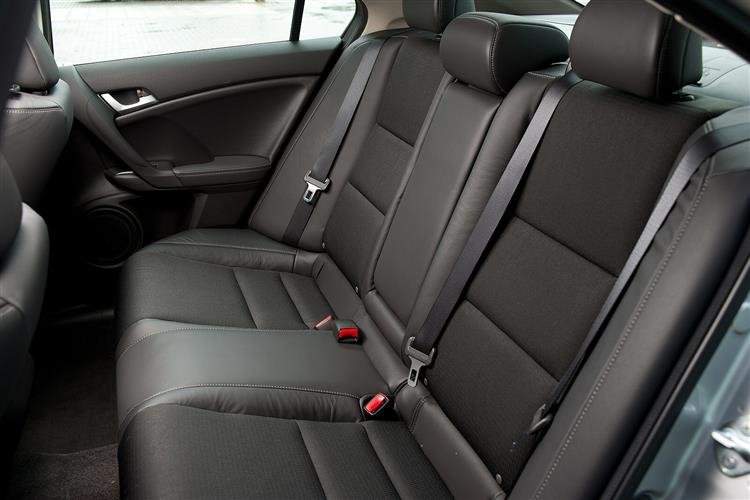 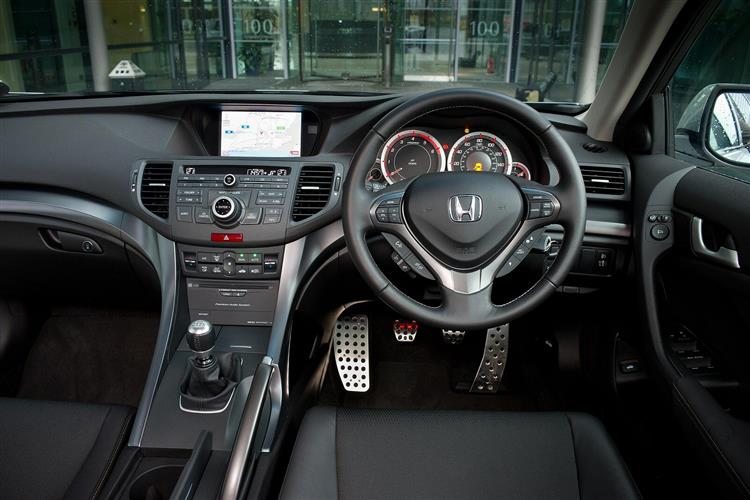 Honda eighth generation Accord sat somewhere between the Mondeo mainstream and the BMW 3 Series and Audi A4-dominated compact executive sector. No prizes for guessing which segment Honda most wanted it to compete in. The original version of this 2008 model never really caught the imagination of business buyers, so in 2011, the brand updated it, creating the smarter, quieter, cleaner and more frugal version we're looking at here. If you're one of the few looking at a used MK8 model Accord, then this is the version worth stretching to.

The distinction between a Mondeo-sized Medium range model and a prestigious Audi A4 or BMW 3 Series-style compact executive saloon is a narrow one. Worse, for aspiring brands, there isn't one sure-fire solution to position their products in the more exclusive of these two market segments. With Audi, it's style, with Mercedes, luxury and with BMW, driver-involvement. And with Honda? Hi-tech doesn't have quite the same appeal when it comes to their Accord, especially as many other brands can now match the gadgets we first saw when this MK8 version was first introduced in 2008. Hence the revisions that the brand introduced with this model in 2011, creating the car we're going to look at here as a used buy. Some facelifts completely rejuvenate their products but this wasn't one of those. It was more a package of changes guaranteed to dot the final 'i' and cross the final 't' on a decision potential buyers might have wanted to make anyway. Namely, to choose something better than a Mondeo or an Insignia but without the snob value and ridiculous pricing of a BMW, an Audi or a Mercedes. We always think Accord ownership is very clever for that very reason, premium brand motoring you don't have to shout about. Motoring that, in the case of this revised model, could be quieter, cleaner, more comfortable, even higher-tech and more economical. Unfortunately, the changes weren't enough to re-awaken customer interest in this likeable car and it was finally quietly dropped from the Honda line-up in the middle of 2015.

What you see here is pretty much what you get. Glimpse an Accord and you're conscious of something a little more up-market than the usual Medium range market Mondeo fare but not quite as classy as the shapes provided by the prestigious German brands. To change that, Honda would have had to do a lot more to this facelifted version than they did. If you're interested, the changes amount to clear front indicators to flank the Bi-HID lights you get on plusher versions with their clever Active Cornering Lights. And an all-red light treatment at the rear with a chrome finish above the rear licence plate. Inside, the tweaks made over the original 2008 MK8 model are equally subtle. Dark silver interior panels and a bright silver finish for the door handles and handbrake, as well as higher quality trim on base versions. Otherwise, the facelift 2011 version was little different, nicely finished with every 'touch point' (seats, steering wheel, pedals) feeling premium but without the hewn-from-granite feel that would tend to characterise something German. For us though, that's more than made up for by the exemplary driving position which has all the major controls falling beautifully to hand. We say all the 'major controls': there are plenty of minor ones the ergonomic placement of which appears to have defeated the best efforts of Honda's designers. You can see why. From the driver's seat, almost 100 switches are within reach, with 16 buttons alone on the steering wheel. In the absence of an 'i-Drive'-style central controller to get rid of all this dashboard clutter, drivers of plusher Accords need to spend an awful long time with the handbook first. It's worth it though, for once you take the time to understand everything, you can't deny that the thought lying behind it all is very clever. The way, for example, that hi-tech optical sensors determine the sun's position and adjust the climate control accordingly. The way the centre console can have either cold or hot air pumped into it to cool or warm drinks. The way the voice-activated satellite navigation can recognise the speech of a set of different users and on the move, even distinguish between driver and passenger. In the back, well you might not think it's very spacious if you've just got out of the kind of Ford Mondeo that can seat comfortably three adults here, but against just about everything else in the Medium range and compact executive sectors from this era, it's pretty competitive, with decent room for two adults or three children that can be cooled by their own air conditioning vents in plusher models. As for boot space, well despite marginal encroachment from the rear suspension, there's certainly a little more than you'd get in something BMW or Audi-sized, the saloon version offering 467-litres and featuring a boot pack so that you can use every inch of it thanks to things like a cargo net, a side pocket and utility hooks on the underside of the rear shelf for hanging shopping bags. There's also a small underfloor storage compartment and the option to push the split-folding rear seatbacks forward to further increase space. A little ironically, the sportier styling which Honda decided that the 'Tourer' estate version had to have meant that it actually boasted a smaller 406-litre boot, though that's still enough for four medium-sized golf bags or four large suitcases. And the advantage of course here is that you can push forward the split-folding rear seats to free up more space, 660-litres if you load to the windowline or 1183-litres to the roof, enough room to accommodate, say, a mountainbike without having to remove the wheels first. And most Tourer models got an electric tailgate, which'll be a boon if you're approaching the car laden with heavy shopping.

Refer to Car & Driving for an exact up-to-date valuation section. <a href="mailto:info@caranddriving.com&subject=Used Car Price Request: Honda Accord (2011 - 2015)">Click here</a> and we will email it to you.

Honda's output isn't known for niggling faults or mechanical mishaps and the Accord should be as reliable a medium range saloon as you'll find. Many Accords will have lived former lives as company cars but don't be put off by well cared for high mileage examples. Reliability should be up to snuff.

Fill out the simple form below to get a quote for this Fiat Ducato 35 Lwb Diesel 2.3 Multijet High Roof Van 180 Power lease.