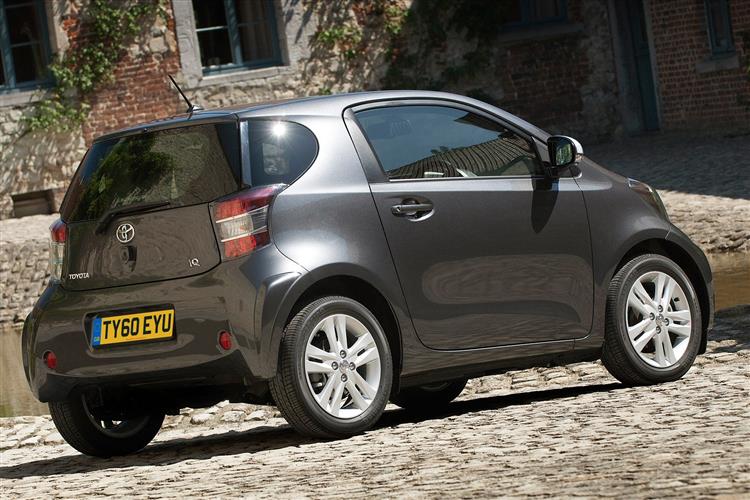 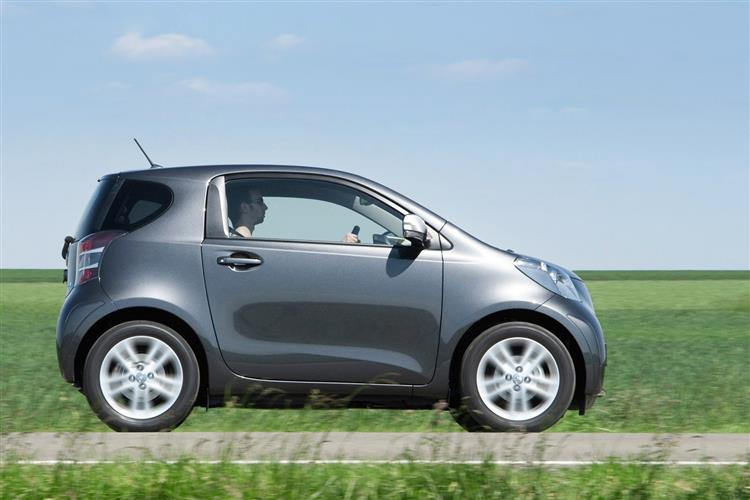 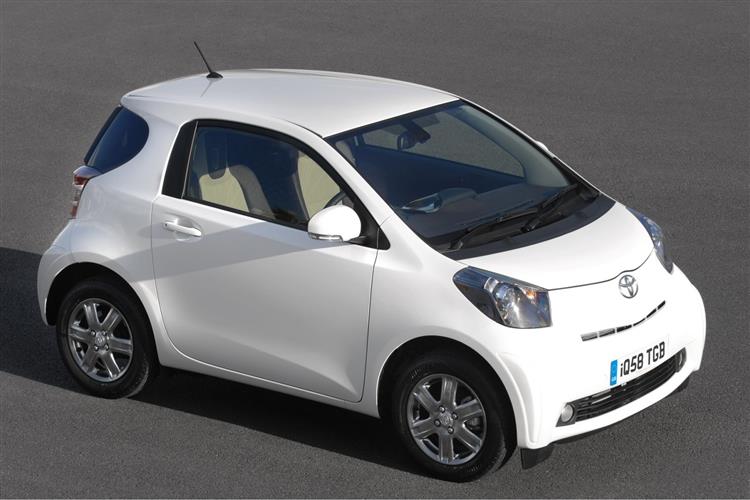 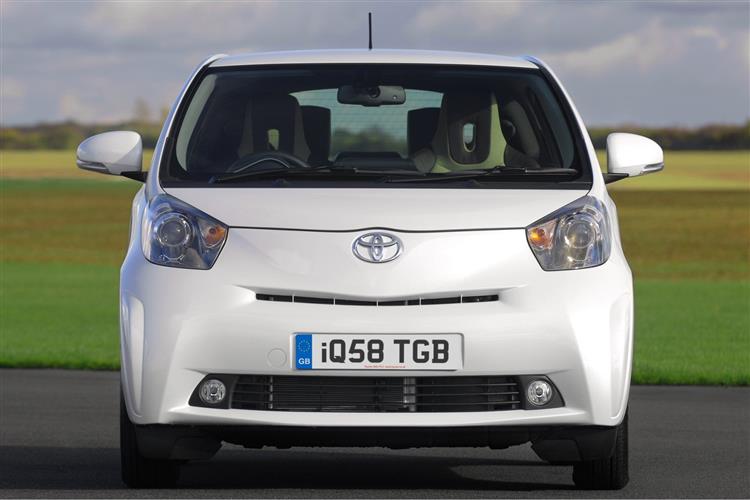 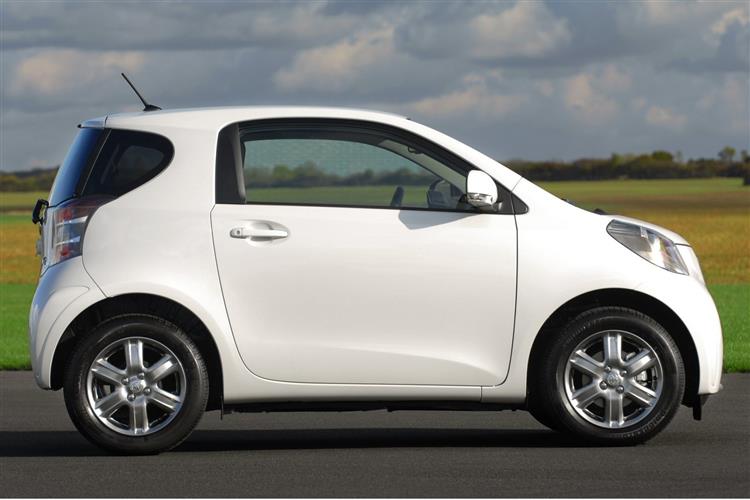 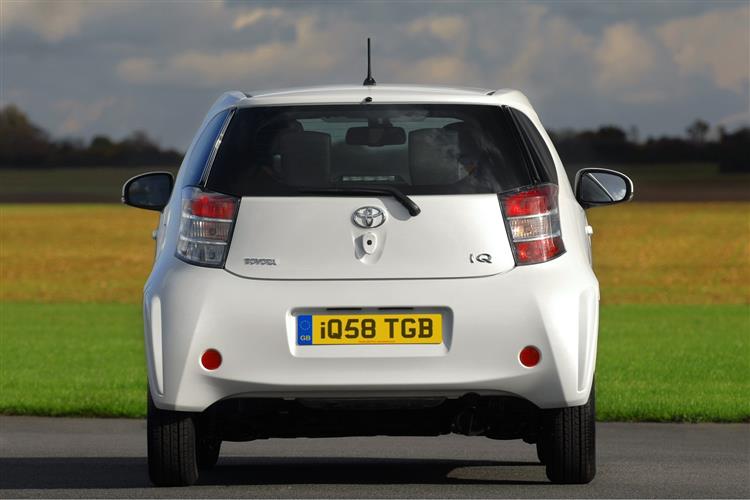 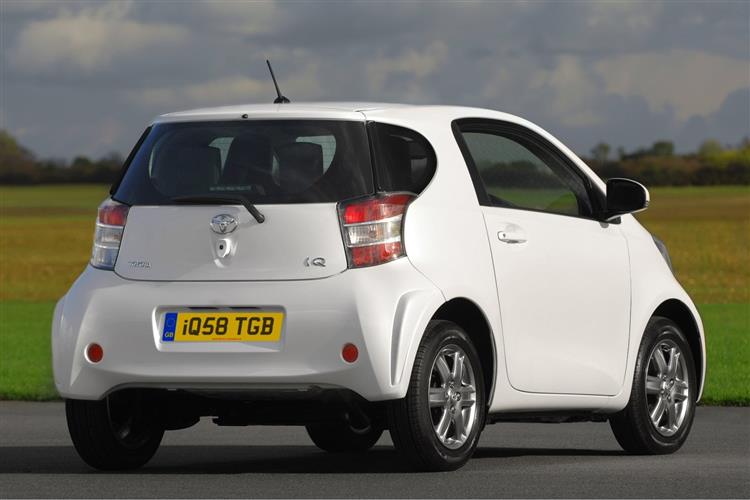 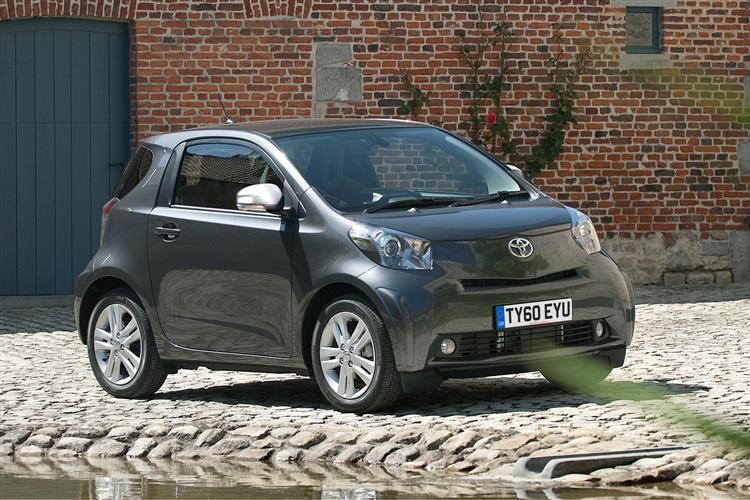 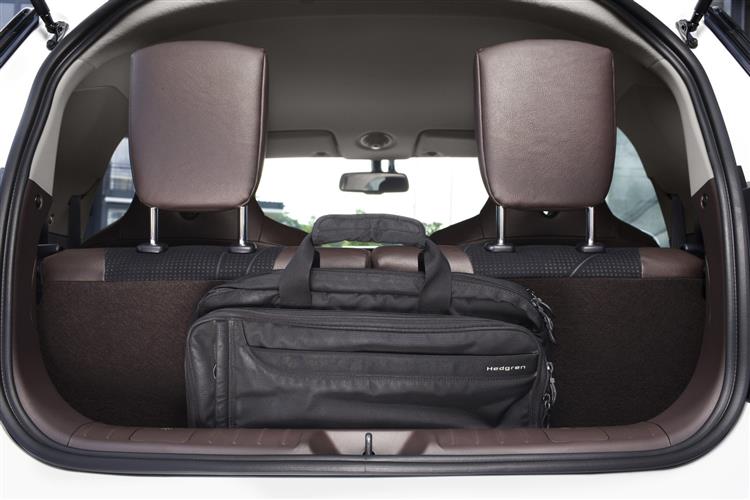 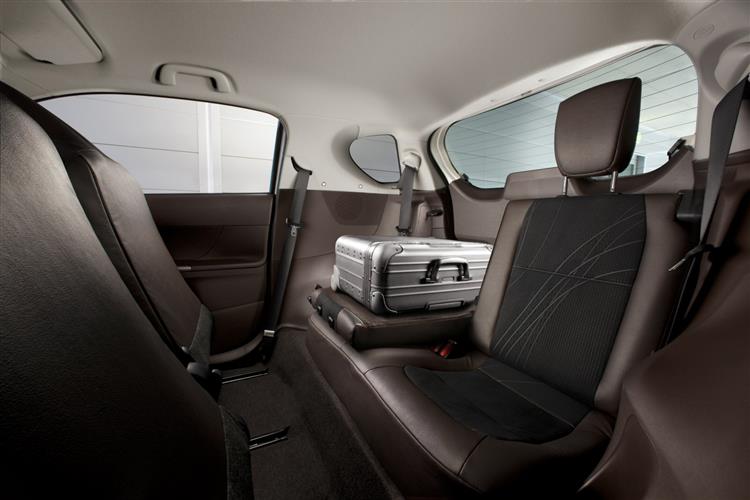 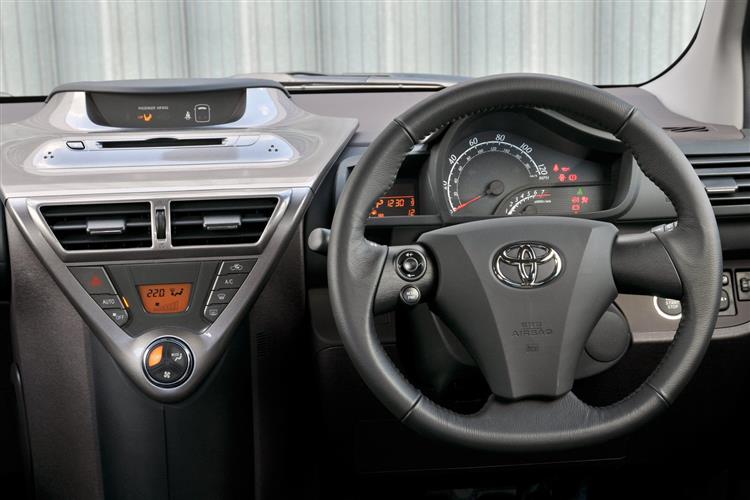 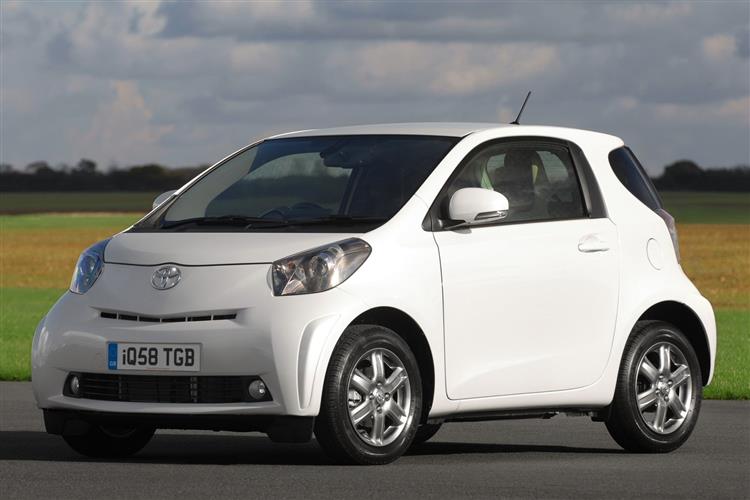 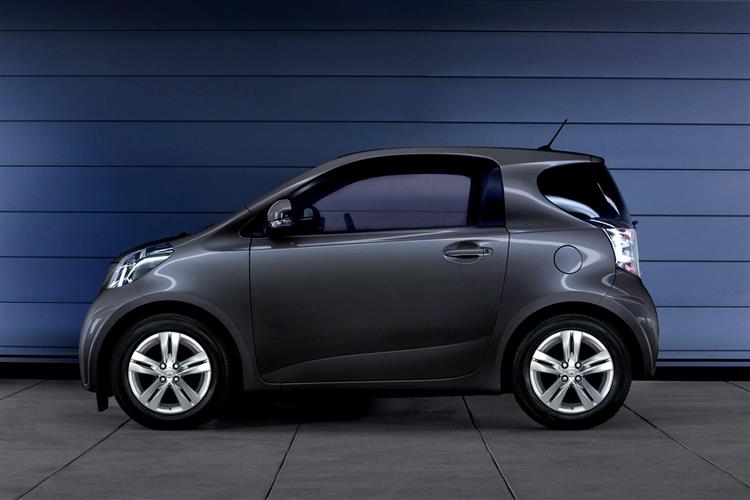 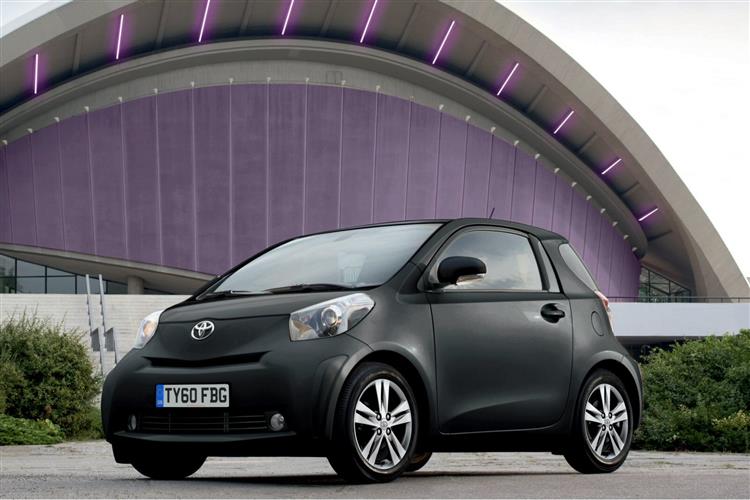 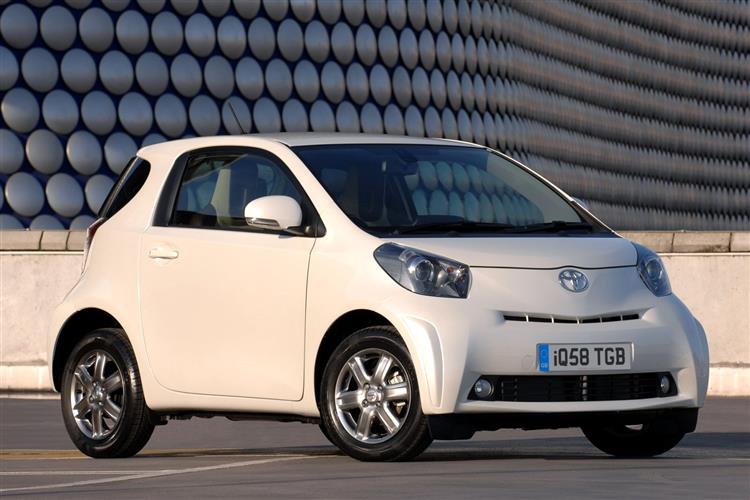 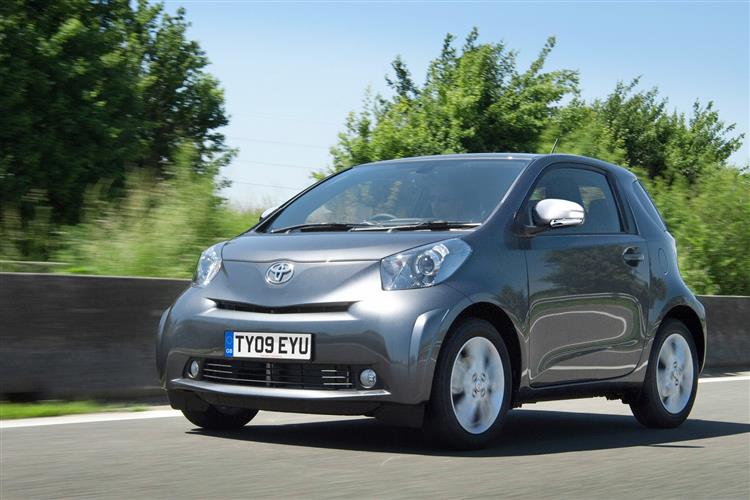 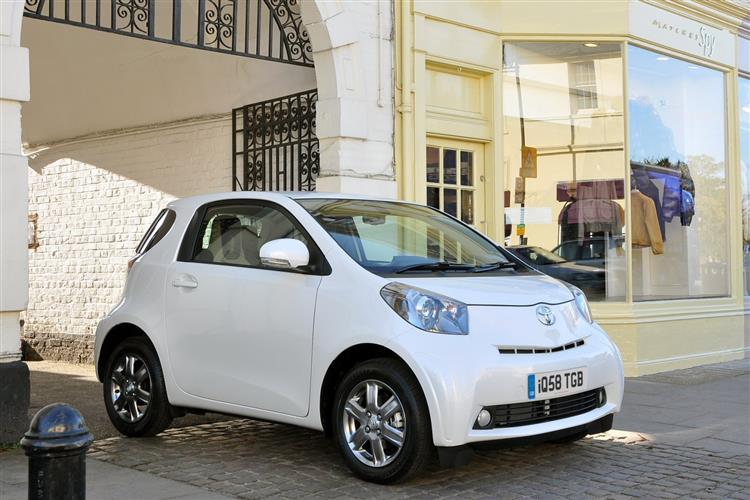 If there's one thing you can normally count on when it comes to selling cars, it's that no single product gets an unchallenged run at a market sector. As soon as a new type of car seems as if it's enjoying some success, a whole slow of second generation rivals will wade in. Being first is rarely the profitable position. The Toyota Picnic got to the medium MPV market early, but the subsequent Renault Scenic made the big bucks. Likewise, few remember the Renault 5 Gordini but everyone will know about the Volkswagen Golf GTI's success in the hot hatch market. Smart seemed to be largely unopposed with its city coupe/fortwo when it came to premium micro city cars but one look at the company's balance sheets explained why. Nevertheless, Toyota recognised when economic conditions had swung in Smart's favour and in 2009 launched the iQ, a small car to keep them honest. Here's how to track down a good used example.

The iQ couldn't really have arrived at a more opportune time. With the global economy going downhill quicker than a Goodwood go-kart, the trend for downsizing out of bigger vehicles but into something that didn't feel as if your status had taken a commensurate nosedive ran straight to the baby Toyota's advantage. Here was a beautifully finished three-seat hatch that was almost as small as a Smart but felt by far the premium product. So premium, in fact, that Aston Martin decided to use the iQ as the basis for its CO2 dodge Cygnet. While the Cygnet carries a price tag tripling the iQ's and is, admittedly, wonderfully executed, few will find much to dislike with the iQ. Available with either a manual or Multidrive automatic gearbox, the 1.0-litre engine, available from the car's launch in January 2009 was joined by the 1.33-litre capacity unit in July of the same year. Customers also get to choose between entry-level, 2, or 3 trim levels. The iQ has proven a steady seller, finding the right sort of buyers without feeling faddish or conspicuously commonplace.

If you thought the two-seat smart car to be well packaged, then you'll marvel at how Toyota has been able to fit in room for three adults and a child into a package hardly any bigger. How have they managed it? Well, the big 15-inch alloy wheels really are exactly at each corner of the car, so the space in between is virtually all dedicated to people. This wasn't easy to achieve: the front wheels and their driveshafts had to be repositioned in front of the engine and gearbox rather than in their usual place behind. As a result, the typical distance from the tip of the front bumper to the accelerator has been reduced by 120mm, freeing up that extra cabin space. The iQ's classy-looking too: the wraparound rear glass, the smoked headlamp units and the door mirrors with inbuilt indicators all position this as an up-market small car choice. Step inside and the clever ideas continue. The asymmetric dashboard was designed to open up the whole cabin area, scooped out ahead of the front seat passenger so much that legroom is acceptable even when the seat is pushed right forward to allow for a large six foot adult to sit comfortably behind. It's a different story in the seat behind the driver of course but a child would probably be fine there for short distances. Alternatively, you can fold down half of the back seat - or all of it - and increase luggage space from a negligible 32-litres to a small Tesco shop-sized 242-litres. There's also a storage tray that slides from below the rear seat. This is a cabin that feels much larger than that of Toyota's more conventional Aygo citycar. And it is. Shoulder-to-shoulder distance between driver and front passenger is 50mm wider than in the company's supposedly larger Yaris supermini and you could downsize from their even larger Auris family hatchback without noticing much difference in this respect. A flat, thin under-floor fuel tank, a 20% smaller heater unit and repositioned steering gear all make this possible. One day, maybe all small cars will be designed this way.

Refer to Car & Driving for an exact up-to-date valuation section. <a href="mailto:info@caranddriving.com&subject=Used Car Price Request: Toyota iQ (2009 - 2014)">Click here</a> and we will email it to you.

The iQ has proven itself a tough little cookie. Both the 1.0-litre and 1.33 litre engines are tried and tested units and the rest of the package, while conceptually bold is mechanically proven. Just about the only durability issue we've encountered is the fact that some of the tiny plastic slats in the narrow front grille can crack. Check for a fully stamped up service record and inspect the car for the usual shopping trolley dints and kerbed wheels. It's worth knowing that only models 2 and up get air conditioning as standard.

(approx based on a 2009 iQ 1.0) Parts prices are fairly reasonable, with a set of replacement front brake pads costing £44 with rears retailing at £26. Brake discs are £55. An air filter should be close to £12 with a water pump relieving you of nearly £115.

Fill out the simple form below to get a quote for this Citroen Relay 33 L1 Diesel 2.2 Bluehdi H1 Van 120ps Enterprise lease.