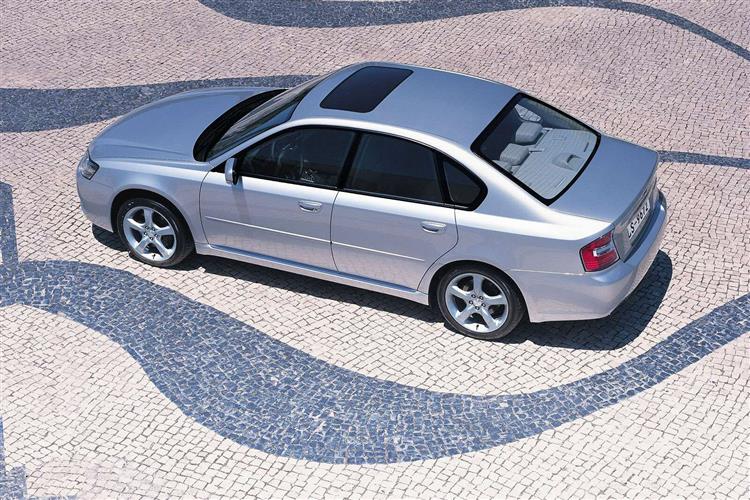 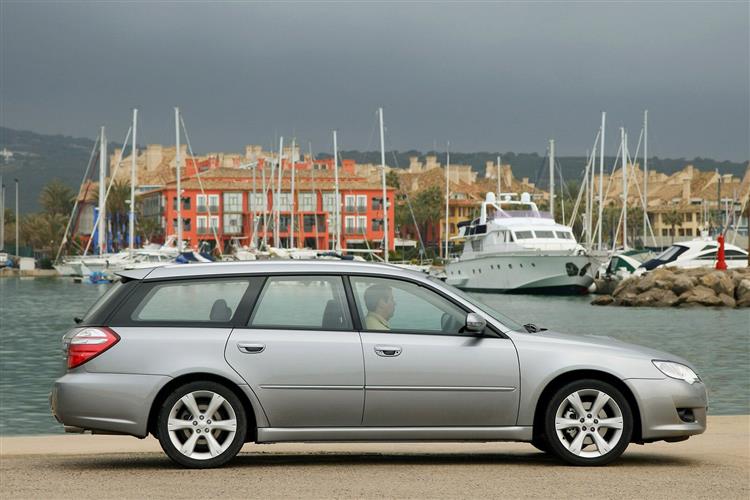 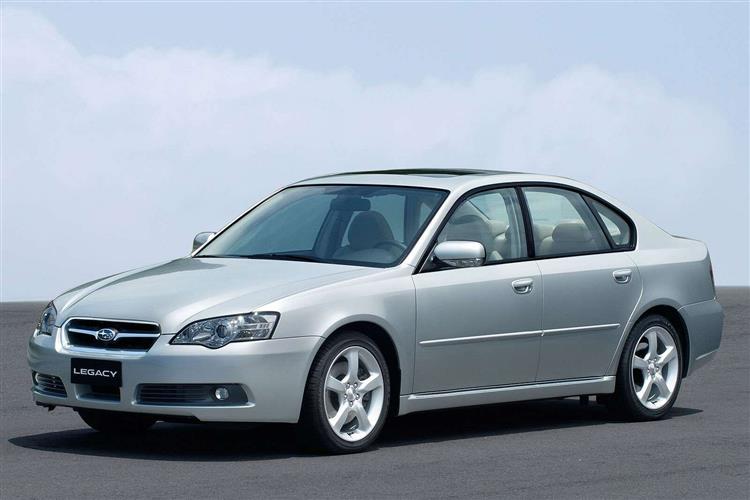 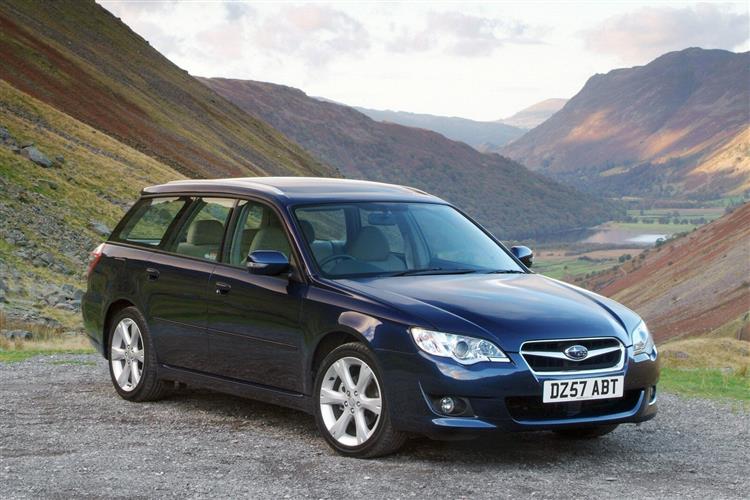 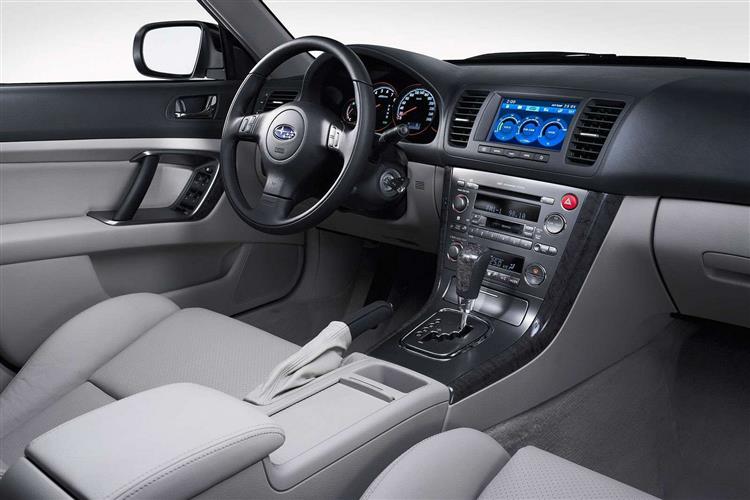 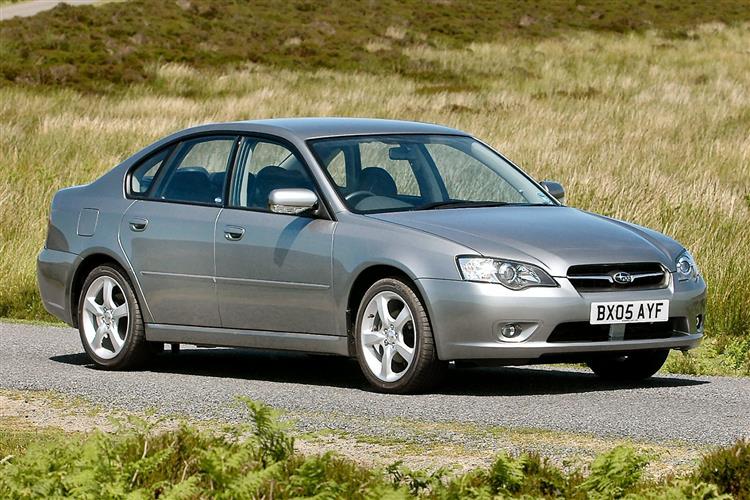 Buying a used Subaru Legacy ought to be one of the safest purchases it's possible to make. They enjoy a bulletproof reputation for reliability, they're rarely - if ever - thrashed by their owners and they tend to cover modest mileages. All in all, a used Legacy is an outstandingly smart buy. So why don't more people snap 'em up? While they fall over themselves to get hold of used BMW 3-Series models and Audi A4s, Legacy models sit on dealer forecourts, overlooked. The reason is, sadly, that most buyers are ignorant of the Subaru's talents. If you've got this far, you're probably one of the smart ones. Read on to find out how to snare what could the most undervalued used cars out there.

There were three generations of Legacy models before the one we examine here. The first generation ran from 1990-1994 and is best remembered as Colin McRae's rally ride. Generation 2 spanned 1995-1999, the third generation lasted from 1999-2003 and then we have the fourth generation model, by far the smartest and best finished of the lot. Landing in dealer showrooms in late 2003 and early 2004, this version of the Legacy majored on improved build quality and a conscious drive upmarket. It was no longer quite so ludicrous to advise somebody who was looking at an Audi A4 or a BMW 3 Series to take a look at a Subaru instead. Three engines were offered from launch, a 135bhp 2.0-litre, a 162bhp 2.5-litre and a 245bhp six-cylinder 3.0-litre. All of these power plants are horizontally opposed 'boxer' units in true Subaru tradition but overall sales were hampered - also in true Subaru tradition - by the lack of a diesel option. The Spec-B derivative arrived in 2004 to add a sportier dimension to the range. It matched a manual gearbox to the 3.0-litre engine for the first time and featured bigger alloy wheels with uprated dampers. In 2005, this Spec-B flagship replaced the standard 3.0-litre model and a 163bhp 2.0-litre R variant was introduced that did away with the 2.0 and 2.5-litre models. The standard 2.5 and 3.0-litre powerplants continued only in the more 4x4-orientated Outback variants. The 2007 model year saw all models receive a revised grille with a chrome 'wing motif' and swage lines running from the top edge of the headlamps into the wings. The 3.0-litre models were tweaked for low end torque and received the SI-Drive system that gives the option of three throttle response settings for greater economy or sharper responses. Measures were also taken to stiffen up the body and improve ride quality at the same time while the interior received a redesigned fascia and centre console.

All Legacy models came very well appointed, with even the entry-level models getting all-wheel drive, ABS with EBD, climate control, cruise control, alloy wheels, electric windows and remote central locking. The higher spec derivatives added such niceties as a full leather interior, an 8-way adjustable electric driver's seat, heated front seats and an electric sunroof, amongst other things. Meanwhile, the B Spec added a rear limited slip differential, a CD autochanger, electric adjustment for both front seats and steering wheel audio controls. The Legacy majors on simple, cohesive styling but it works well. The headlamps with their budging lower edge are probably the main defining feature and overall, the stance is purposeful yet understated. The interior really is very good, and especially so since that combination of words would have been virtually unheard of in a pre-Legacy Subaru roadtest. Higher quality materials were brought in and fitted together with far more conviction than in Subaru models past. The plastics are precisely colour matched for a unified look and there's a classy, high-grade feel throughout. There's a decent amount of rear legroom and a sizable boot that's refreshingly easy to access.

Refer to Car & Driving for an exact up-to-date valuation section. <a href="mailto:info@caranddriving.com&subject=Used Car Price Request: Subaru Legacy (2003 - 2009)">Click here</a> and we will email it to you.

Estates sell on most easily, so these are well worth considering, especially as many would finger the Sports Tourer as being a better looking car than the saloon. The flat-four engine has existed in one form or another for many years now and that's good news, as it's well proven and has been regularly updated. Don't be put off a Legacy just because it's a bit different under the bonnet. Gearboxes are equally well-proven but take a good look over the 3.0-litre cars as these can be very heavy on front tyres and suspension. Corrosion is notable by its absence, as are electronic gremlins. Japanese reliability is second to none and the Legacy is typical. Do check the driveshaft 'boots' for wear on the more powerful cars - cornering on full lock will have them making awful noises if damaged.

(Based on a Legacy 2.0 R excl of VAT) A clutch assembly will set you back around £240 and a new exhaust about £175 excluding catalyst. Front shock absorbers are close to £150 each. An exchange alternator comes in at around £330 and an exchange starter motor at around £180. A new radiator is about £215.

Fill out the simple form below to get a quote for this Citroen Dispatch Xl Diesel 1400 2.0 Bluehdi 120 Van Enterprise lease.