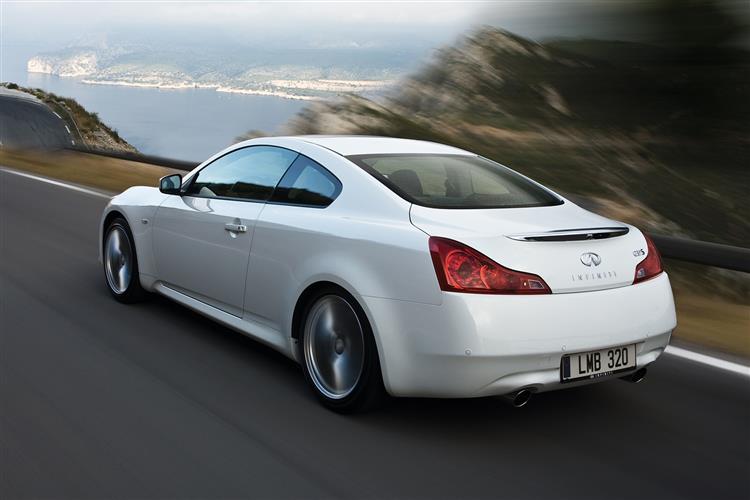 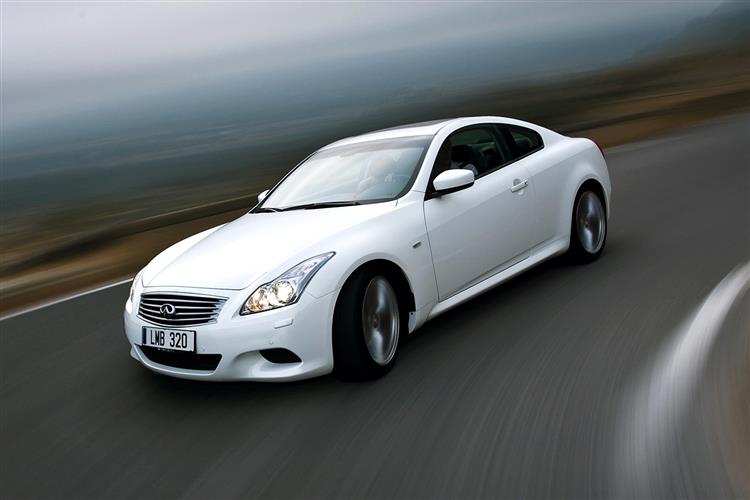 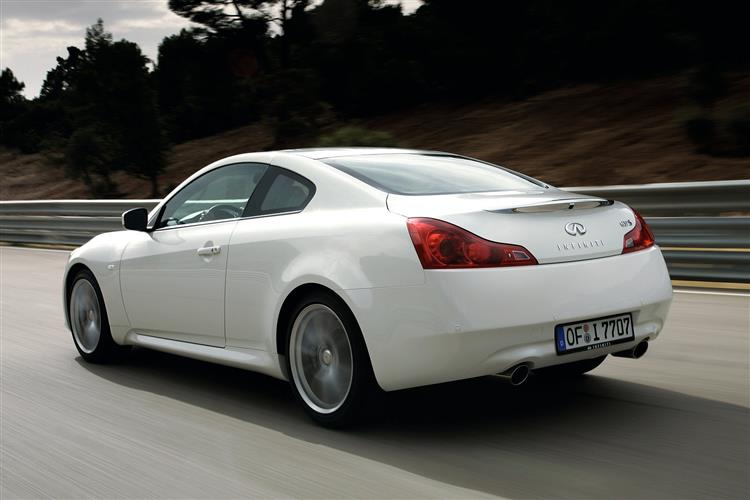 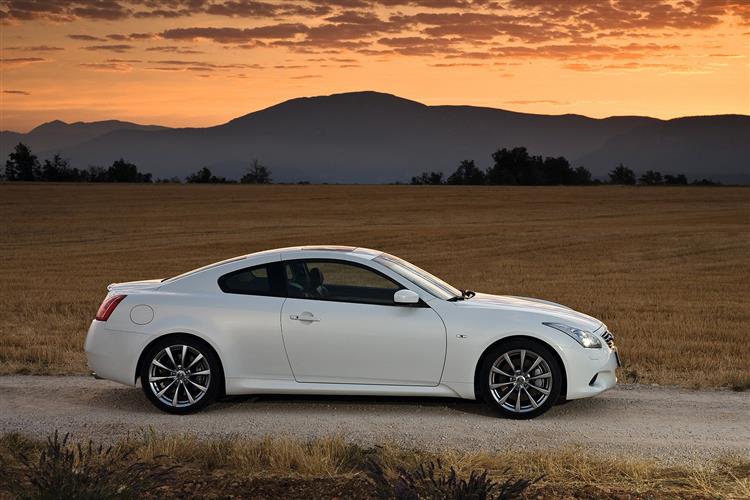 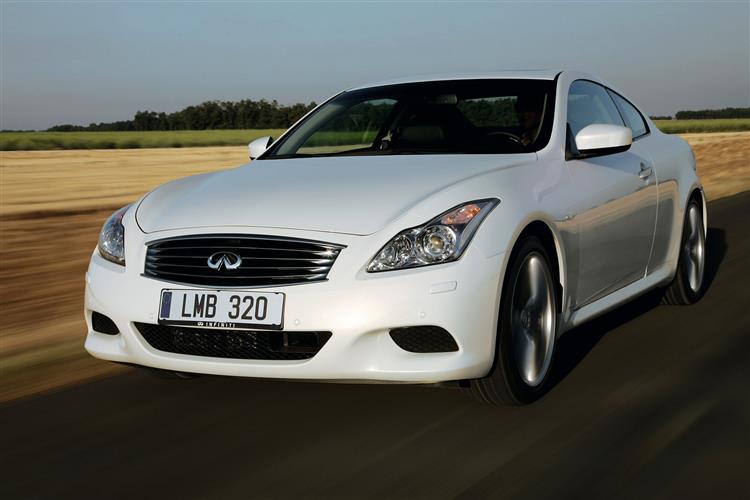 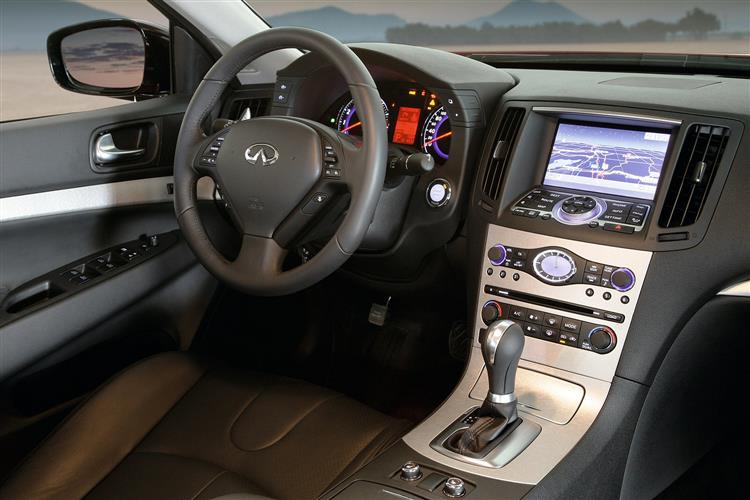 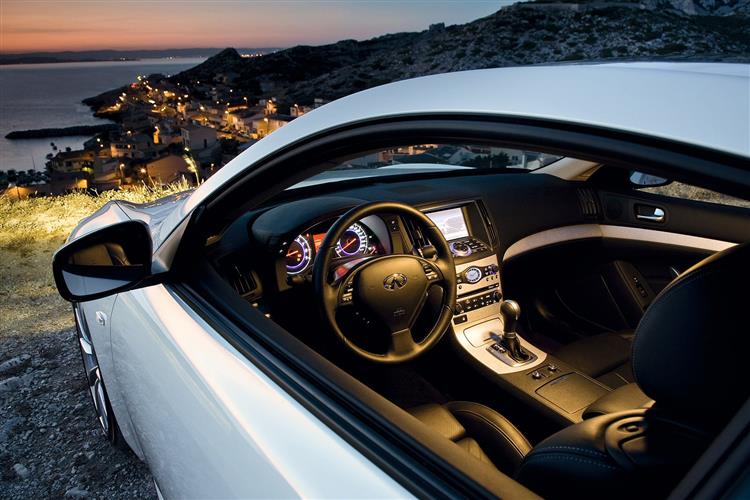 The Infiniti G37 Coupe ought to have been something we see a lot more frequently. A handsome and well-equipped coupe running on much the same Nissan FM platform that underpinned the more successful 370Z, the G37 suffered as much as anything from poor timing. Trying to launch an upmarket car brand in the UK with no heritage behind it is a tough ask at the best of times. Doing it just as the new car sales market was disappearing down the gurgler was a virtual impossibility and the G37 never really recovered from this tough start. Still, if you can track down a used example, you'll certainly can't be accused of doing the predictable thing. Do you want to be just another face in a BMW 335Ci?

We came to the Infiniti G Series party pretty late. The line had been enjoying significant success in Japan since 1990 but, as we've observed many times, sometimes a hit in Japan can get a little lost in translation. The G37 Coupe that arrived in 2009 was the fourth generation model and was unveiled with minimal fanfare in the UK alongside its saloon and convertible siblings. Sales were slow, not helped by the fact that Nissan wasn't interested in selling Infiniti models from existing Nissan showrooms, which meant a dealer network had to be built. With many customers finding credit hard to get and fuel prices skyrocketing, the idea of a 3.7-litre petrol car costing around £30,000 with no badge equity to rely on come resale time was one that never proved appealing. The G37 coupe soldiered on, with the addition of the all-wheel drive G37x S sports version in 2012, coinciding with a mild facelift for G Series cars.

The styling job that's been done on the G37 Coupe is enough to make it arguably the most attractive model in the Infiniti stable. The shape is classic 3-door Coupe with a roofline rapidly dropping away towards the tail and a long bonnet offering practical virtues as well as stylistic ones. It allows the front-mounted engine to be pushed further back in the chassis for a more balanced front to rear weight distribution. Plus it's been designed to pop up and protect pedestrians unwise enough to stray into your path. Inside, buyers who've spent over £30,000 on a luxury coupe certainly want to be reminded of how much money they've spent - and this Infiniti doesn't disappoint. Pull one of the lovely satin finish door handles and you'll enter a cabin that's beautifully built and looks very classy, with touches like its oval analogue clock, though the use of some Nissan switchgear and a proliferation of buttons are amongst the reasons why it can't quite match the priciest offerings in this sector. You can access many of the functions through standard-fit switches on a steering wheel that moves with the instruments, combining with the multi-adjustable leather seats to help you get really comfortable. The rear quarter-light windows give decent over-the-shoulder visibility too. The squat coupe proportions mean that front seat passengers sit lower than those at the back which encroaches a little on rear seat space. As a result, the back seats are really better suited to children than to adults: the rear window would be very close to an adult's head. Still, at least access to the rear seats is easy, thanks to the powered, gliding front seats which will automatically return to their original position. And there's a reasonably-sized 275-litre boot.

Refer to Car & Driving for an exact up-to-date valuation section. <a href="mailto:info@caranddriving.com&subject=Used Car Price Request: Infiniti G37 Coupe (2009 - 2013)">Click here</a> and we will email it to you.

As you might well expect from Nissan's luxury arm, the Infiniti G37 has established itself as a very reliable model. The 3.7-litre engine is as tough as old boots and although few cover big mileages, this motor is more than comfortable with six figures on the odometer. The G37 is consistently ranked at or near the top in its class for reliability and few issues have surfaced. Check for tyre wear, especially on the rear-wheel drive versions and also inspect the paint finish as the front can be vulnerable to stone chipping. Otherwise just make sure that it's got a fully-stamped up service record and that it's been looked after.

Fill out the simple form below to get a quote for this Citroen Dispatch M Diesel 1400 2.0 Bluehdi 150 Van Driver lease.