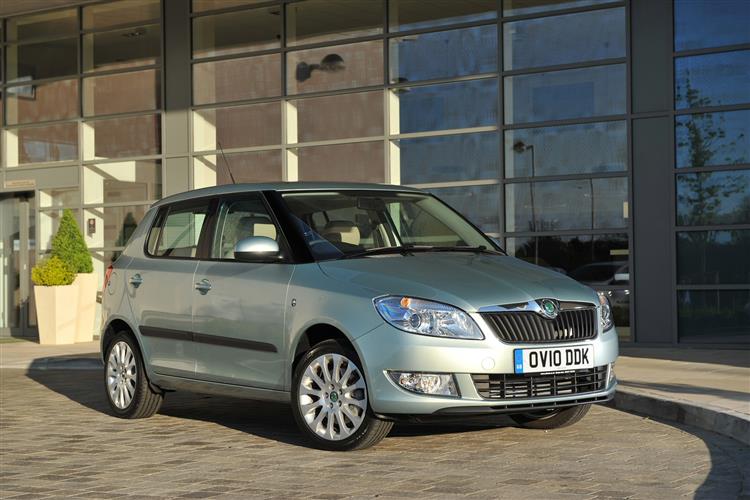 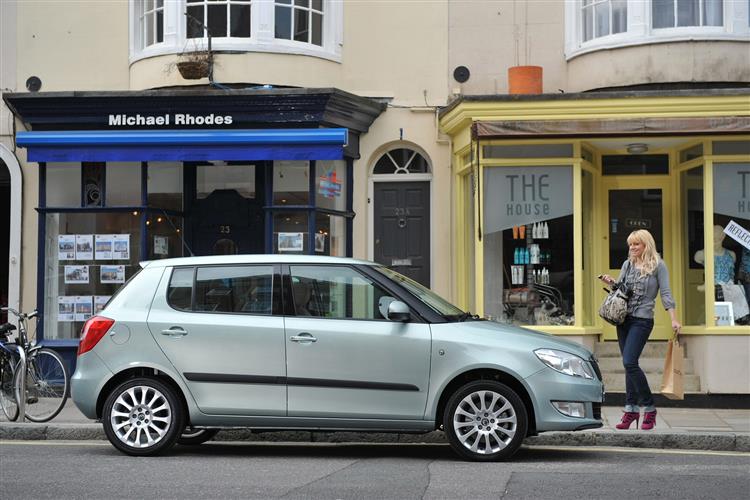 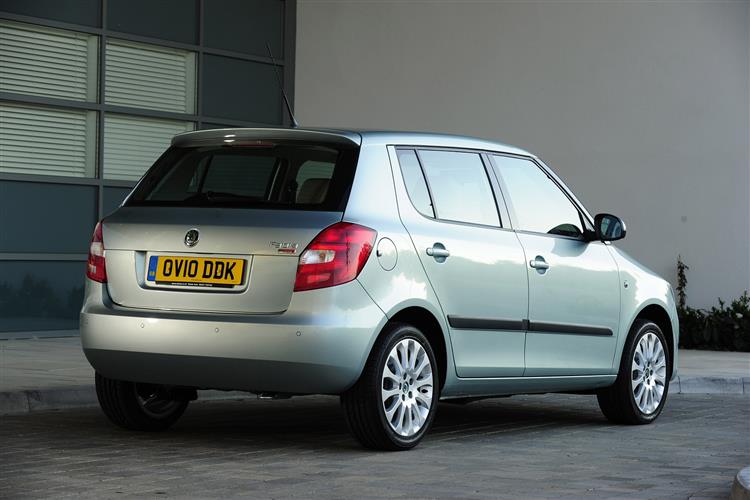 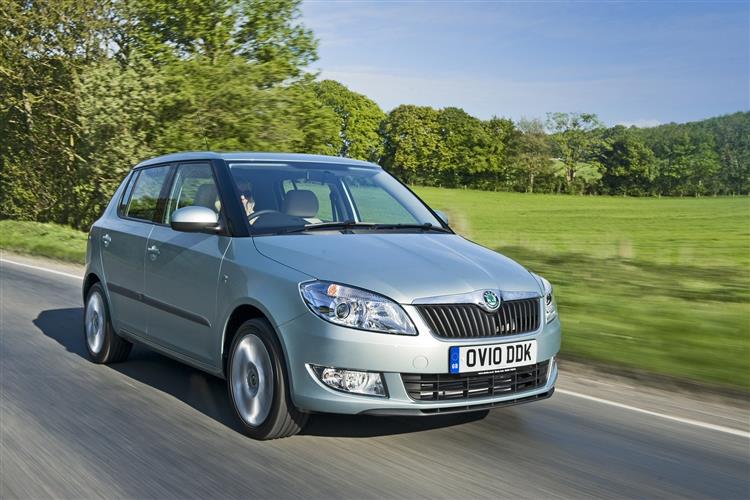 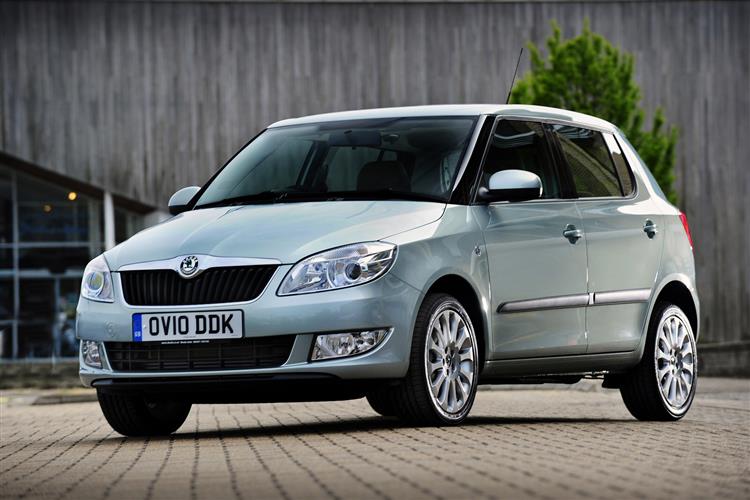 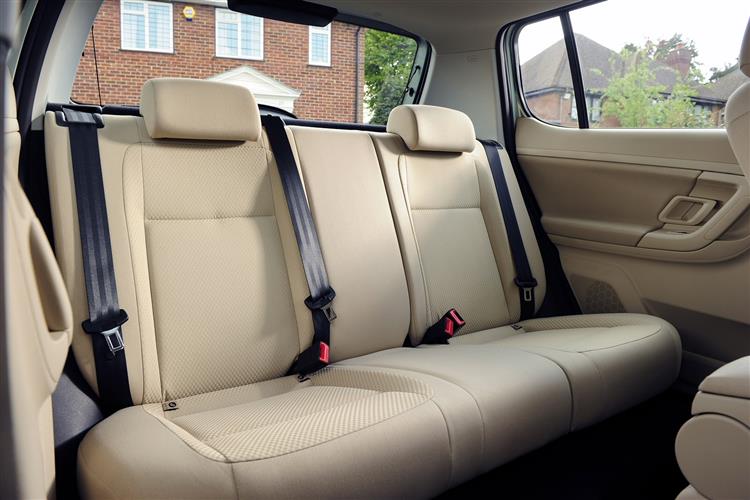 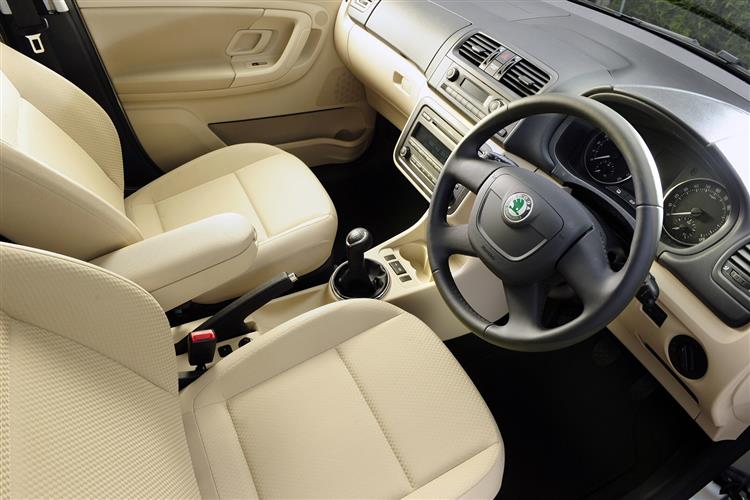 Skoda's original first generation Fabia used to be a car that came with qualified praise at its launch back in 2000. 'It's good for a Skoda', 'it offers a lot of bang for your buck', 'it's set to break into the big league' and so on. Read between the motoring journalist-speak and it was clearly a car that offered a decent deal for the money but couldn't level with the best superminis. Cars like the Ford Fiesta, the Volkswagen Polo and the Peugeot 207 all queued up to give the little Skoda a good working over. Much of that changed when Skoda relaunched the Fabia in second generation guise in 2007. It was suddenly a car to be taken very seriously. The qualifiers suddenly disappeared from the road test verdicts and the Skoda faithful looked rightly smug. The car we look at here is the facelifted version of the second generation Fabia, introduced in 2010 and running through to generation three, which was launched at the end of 2014. Here's what to look for.

The 2010 model year updates to the Fabia were unveiled at that year's Geneva Show and comprised new engines, a fresh face and a whole raft of technical refinements. The range at launch included three 1.2-litre petrol engines of 60, 70 and 105PS outputs and 1.6-litre TDI diesels in either 90 or 105PS guises. Hatch and estate models were announced concurrently, with the Fabia vRS hatch and estate sports models arriving in July. These got a 1.4-litre TSI twin-supercharged petrol motor good for a healthy 180PS. That month also saw dealers get their first stock of Greenline II 75PS 1.2-litre TDI diesels. These were billed as Skoda's most environmentally conscious car to date and it was hard to dispute, the 89g/km emissions figure attracting plenty of buyers. Skoda does tend to love a special edition or two and in November 2010, the first of this shape arrived in the form of the rather lovely vRS S2000 to commemorate Skoda's success in the Intercontinental Rally Challenge. The next one was hot on its heels, with January 2011 seeing the launch of the rather more tepid Fabia Monte Carlo. In May 2011, Skoda inserted an SE Plus trim level into its range, featuring unique upholstery, sunset privacy glass, climate control, multi-function steering wheel, electric rear windows, storage boxes under the front seats, protective black side mouldings and a Media Device Interface (MDI) with connecting cable. The front of the car got a minor tweak at the start of 2013, with the Fabia now wearing the revised badge and sporting 'Skoda' lettering on its bootlid. In summer 2013, Skoda launched the Fabia Reaction edition, priced at £3,715 less than the normal price of a 1.2 hatch. Air-conditioning, alloy wheels, and Meteor Grey paintwork were included on a decent equipment list. In June 2014, Skoda launched a value-packed Fabia SE, shaving 20 per cent off the previous retail price and then announced the Black special edition. Later that month the third generation Fabia was announced, which was duly unveiled at the Paris Motor Show in October.

Refer to Car & Driving for an exact up-to-date valuation section. <a href="mailto:info@caranddriving.com&subject=Used Car Price Request: Skoda Fabia (2010 - 2014)">Click here</a> and we will email it to you.

The Fabia hasn't always enjoyed a spotless reputation for reliability, with the first generation cars having quite a patchy record. The second gen model tightened quality up markedly and the facelifted version went another stage further. There are still some residual electrical and suspension niggles that have refused to go away, but on the whole, the Fabia scores well above average for reliability. Make sure the air conditioning system works as advertised and that the shock absorbers on diesel models still work properly.

(Estimated prices, based on a 2012 Fabia vRS) An alternator is a big ticket item at around £450, while a clutch assembly is around £215, making these parts of the Skoda ownership experience as upmarket as Volkswagen claim. Front brake pads are a reassuring £50 a pair, whilst a starter motor is around £135.

Whilst the original MK1 Fabia was never really focused on keen drivers - even the first vRS model was a rather modest diesel - it remained a very civilised steer. This improved version of the second generation model carried over some of the engines and improved some of the others. With four petrol units and three diesels available, there was no shortage of choice. The petrol range kicked off with the three-cylinder 1.2-litre HTP engine, developing 60bhp. The next step up is the 70bhp 1.2HTP 12v, followed by the 85bhp 1.4 16v. A 1.6-litre 16v engine was also offered with a six-speed Tiptronic automatic gearbox option. The trio of diesel engines started with two 1.4-litre TDI units in either 70 or 80bhp guises with a 1.9-litre TDI that's good for 105bhp. The Fabia Greenline economy special drives much the same as any other 1.4-litre 80PS TDI Fabia. The steering requires no great effort, the gearchange is slick and positive and the pedal weighting is all very good. Factor in excellent all round visibility and you have a car that's utterly unthreatening. It also delivers a well-damped ride that feels as if it belongs to a car in the class above. The 80PS 1.4-litre is no sluggard either, getting to 60 in 13 seconds and hitting 107mph.

Fill out the simple form below to get a quote for this Citroen Berlingo Xl Diesel 1.5 Bluehdi 950kg Driver 100ps lease.