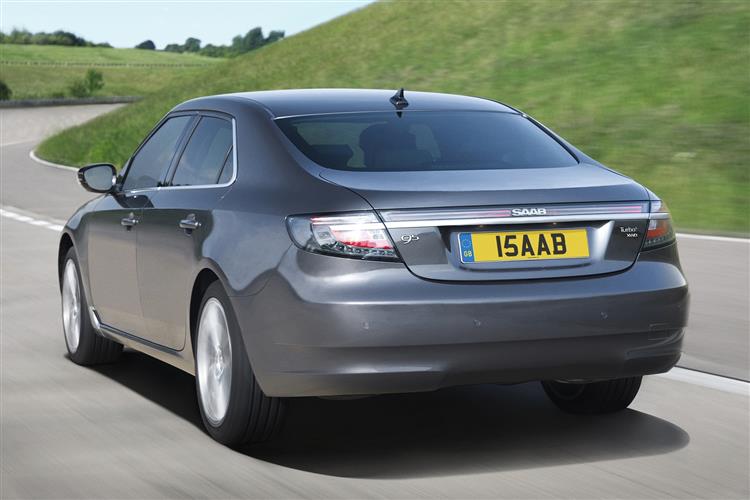 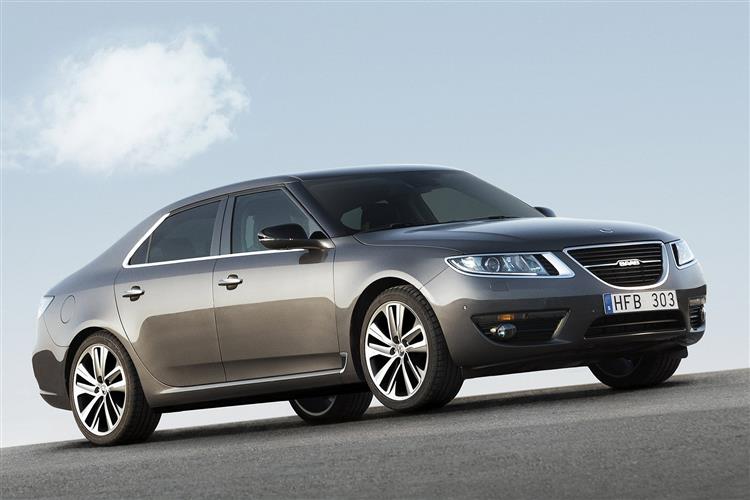 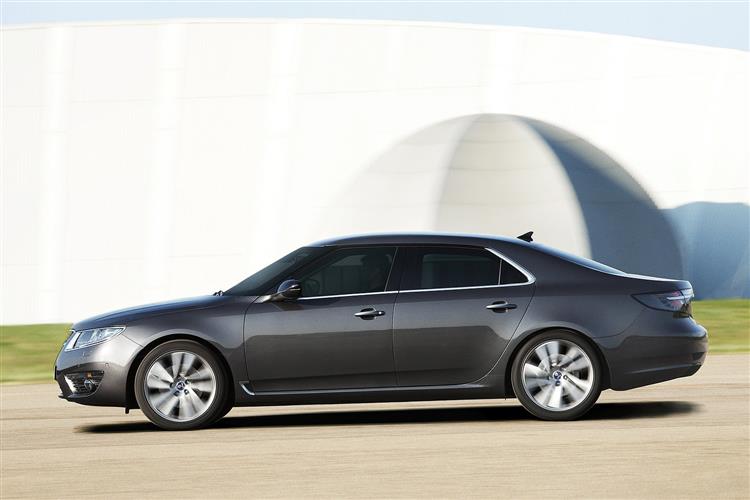 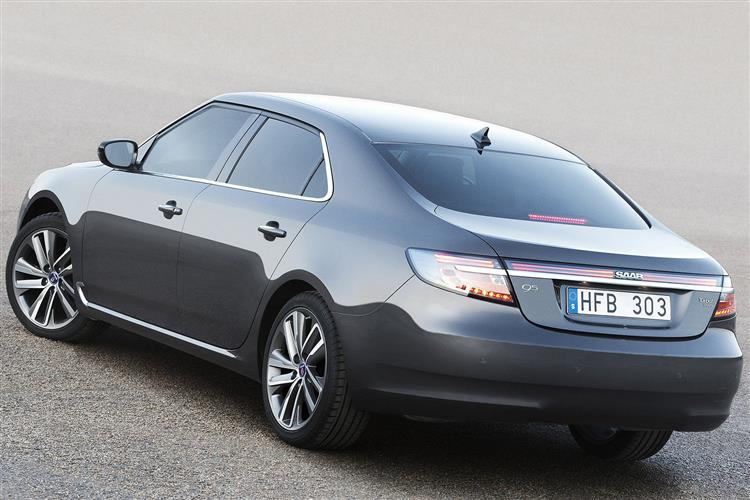 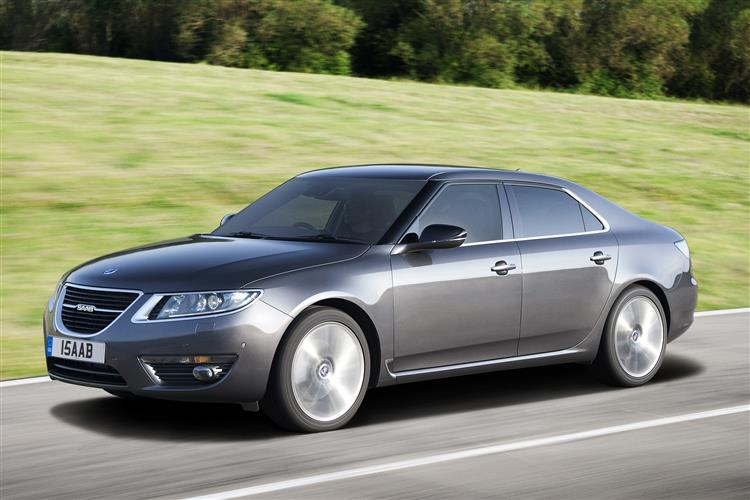 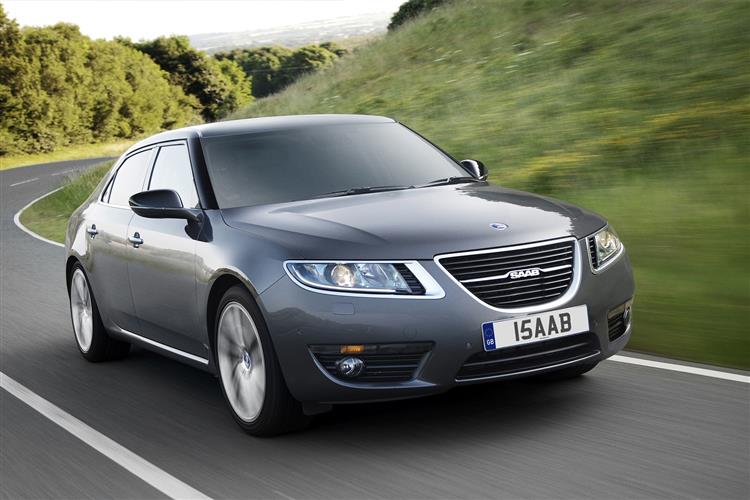 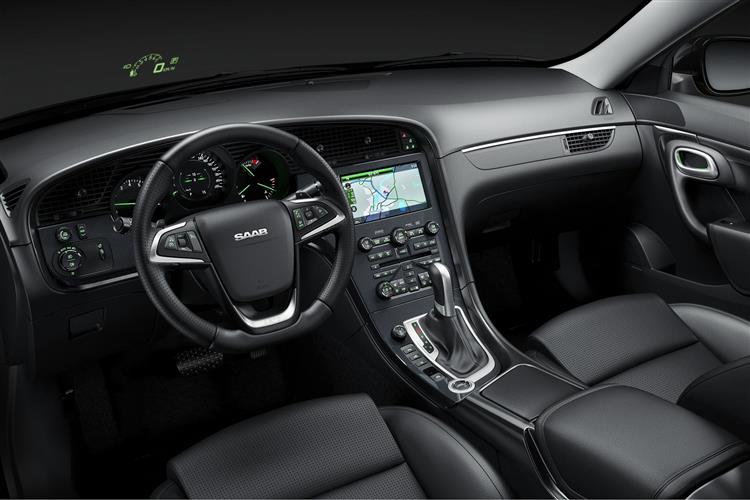 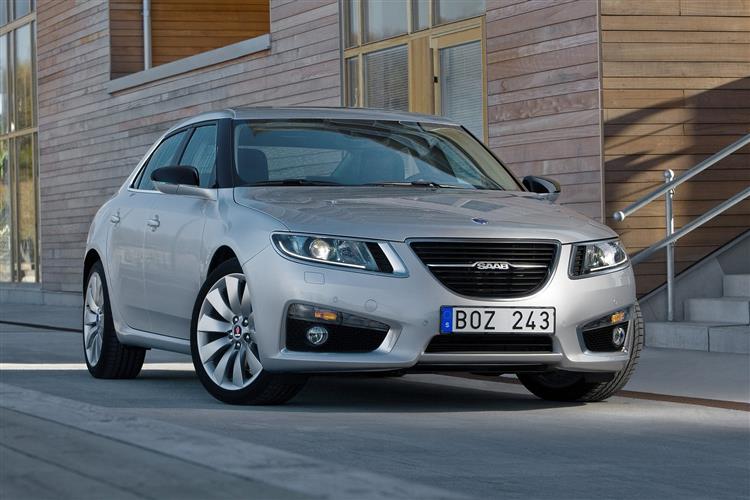 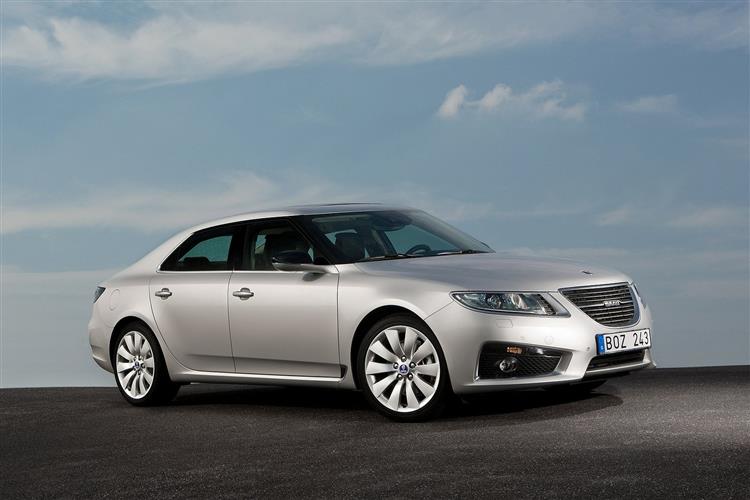 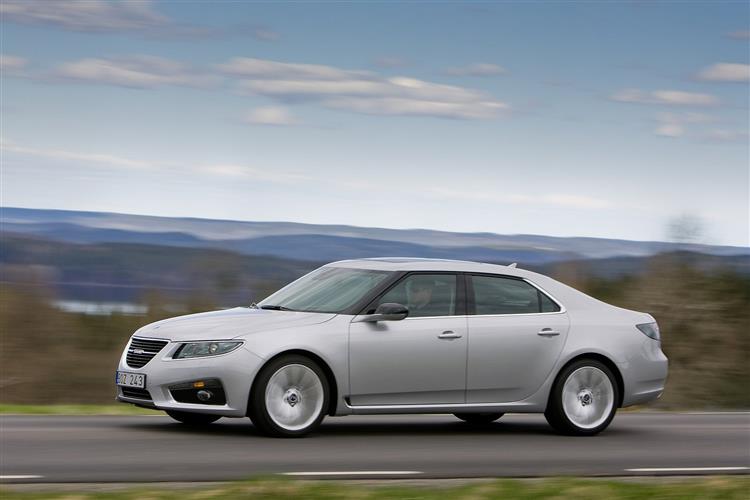 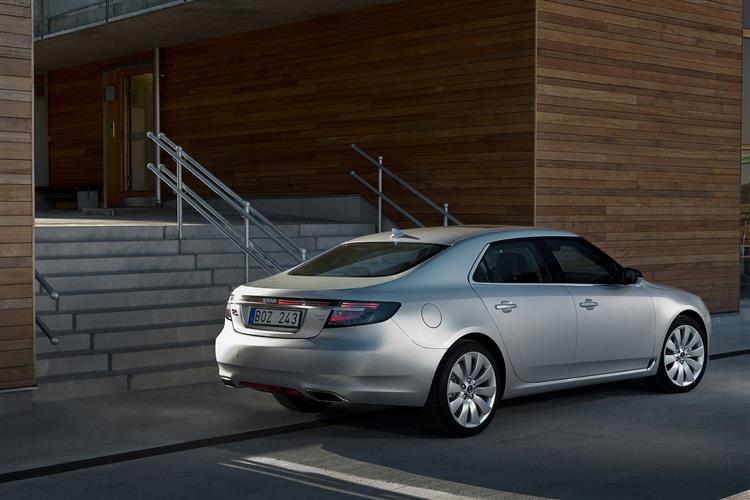 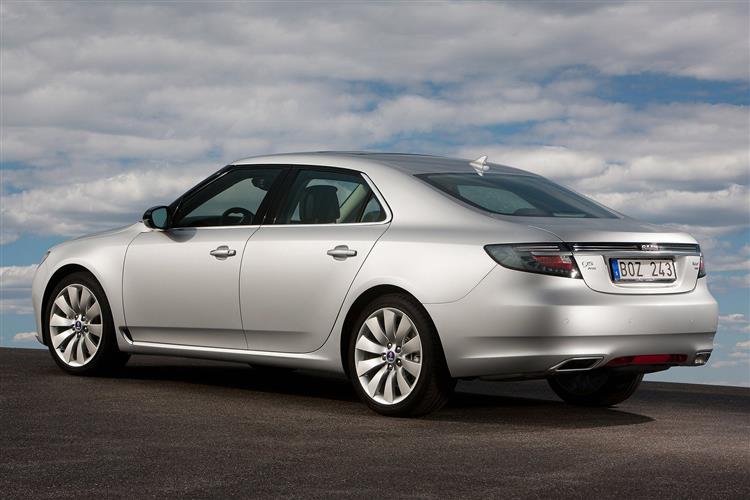 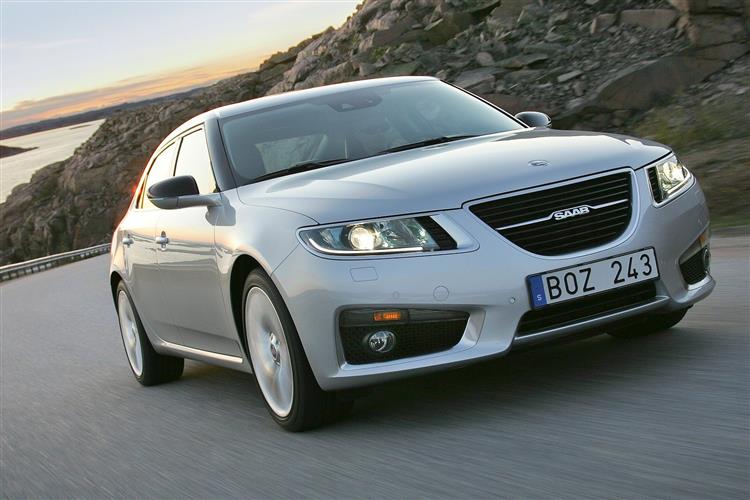 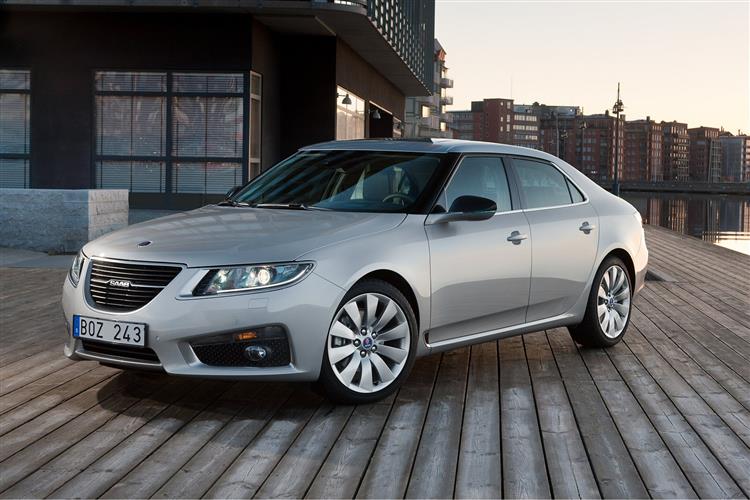 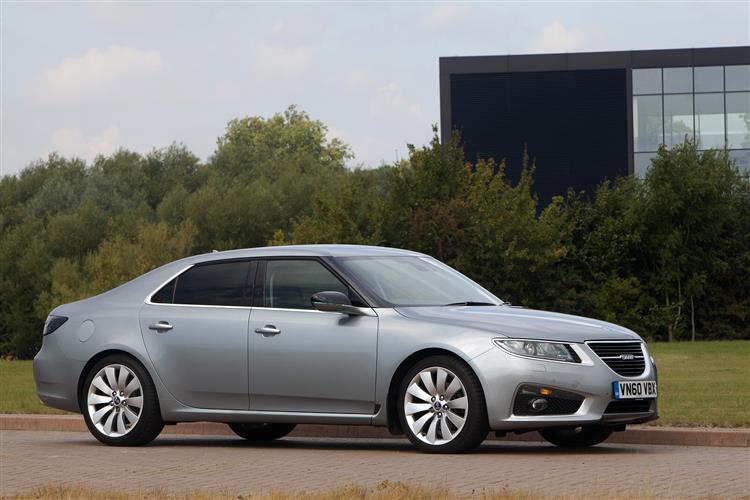 On the face of it, buying a used car built by a company that no longer exists seems a recipe for disaster. Especially if you're ploughing a not insignificant sum into a complex vehicle that was built to compete with the likes of the BMW 5 Series and the Audi A6. What if some of those complicated electronics go on the blink? Where would you go to get the thing repaired? Fortunately for clued-in used buyers, a healthy network of Saab specialists has built up over the years and they're fanatical about these cars. Saab owners are a singular crew and like to consider themselves a breed apart from the usual automotive thoroughfare. The fact that most casual buyers will be further discouraged from choosing a used Saab, if anything adds to the marque's cachet for the true believers. Here's what to look for when sizing up a late 9-5.

The history of Saab's demise is well documented. Saab filed for bankruptcy in Sweden in December 2011 after failing to agree terms with potential Chinese suitors. General Motors still had a say in the final outcome and nixed the final proposal, not wanting its technology falling into the hands of potential Chinese rivals. Saab then issued a memo to dealers, informing them that it would no longer honour warranties and that the remaining stock of new vehicles would effectively be sold as seen. For those owners who bought their new or used Saab with a complimentary free of charge servicing plan provided by Saab Great Britain Limited, a company called Saab Parts UK will continue to honour these service plans through its network of existing Saab Authorised Repairers. They'll also sell owners of older cars a warranty package. So much for the bankruptcy. What of the car itself? I remember driving one of the 2010 model year 9-5s, expecting to write a demolition piece on how it was underdeveloped, showed signs of a woeful lack of investment and was so far off the pace it wasn't even funny. Thing is, it didn't pan out like that. Much of the technology that seemed to be appearing in Audis and Mercedes models at the time rather annoyingly popped up in the 9-5. This car was built on General Motors' Global Epsilon architecture and made its debut at the 2009 Frankfurt Show. On November 24, 2009, the first pre-series Saab 9-5 of the new generation rolled off the Trollhattan production line with full production commencing in April 2010. Saab introduced a wagon variant of the new 9-5 at the 2011 Geneva Show although these are vanishingly rare.

It's never difficult to spot a Saab and the people behind the looks of the 2010-generation 9-5 had no intention of breaking with the marque's established design language. Many of the old Saab trademarks that evolved from its aircraft manufacturing heritage are still present inside and out. The nose of the car is a progression from the 9-3 and old 9-5 models with chrome boarders for the headlamps and the large grille but there's more subtlety in the execution. The A and B pillars are blacked out to create a wraparound effect for the glasshouse in the style of an aircraft cockpit and the roofline tapers down gently at the rear, suggesting a hatchback on what is actually a four-door saloon. The rear view could well be the car's most appealing, with the gentle curves of the bodywork meeting in sharper creases along the boot lid and the bumper. An unbroken streak of chrome runs across the boot, connecting the light clusters and visually widening the car. Inside that boot, there's a 515-litre capacity and the cabin is no less generous from a space point of view. The wheelbase of this 9-5 is 134mm longer than that of its predecessor, enabling a boost to rear legroom or 58mm. Saab design cues continue inside, with the controls angled towards the driver, instruments illuminated in green and joystick controls for the air vents. Along with the engine and chassis tweaks, there's revised fascia trim and an eight-inch LCD multifunction display, with sat-nav and DAB digital radio. If styling sold estate cars in this sector, the 9-5 Sportwagon would have been in with a solid shot. It's a very handsome piece of design that features black finishes on the A and B pillars while the rear pillars are broad and sharply canted. It certainly gives an interesting 'floating roof' effect and lends the Sportwagon a whole lot more visual tension and dynamism than most big estate cars.

Refer to Car & Driving for an exact up-to-date valuation section. <a href="mailto:info@caranddriving.com&subject=Used Car Price Request: Saab 9-5 (2010 - 2012)">Click here</a> and we will email it to you.

Few other manufacturers share Saab's reputation for longevity. A well maintained 9-5 should be good for at least a quarter of a million miles, so don't be afraid of higher mileage cars. One area which is worth checking, especially on the Aero models, is front tyre wear. As with any powerful car that directs all or some of its drive to the front wheels, expecting the front tyres to cope with the demands of steering such a weighty beast and transmitting that horsepower to the ground is a serious task. A heavy right foot can see front tyres waving the white flag within 5,000 miles, dependent upon make.

(approx based on a 9-5 2.0T) It's obvious where raids from the bargain GM parts bin have taken place. Certain items are reasonably cheap. A clutch assembly is in the region of £185, and brake pads are £60 a set. A radiator is an eminently reasonable £158. As Saab specific items begin to appear, prices go up. A starter motor won't see change from £200, whilst an alternator represents the thick end of £400. Eye speed humps with suspicion, as an exhaust system, excluding catalytic converter, will be around £650. On The Road

Fill out the simple form below to get a quote for this Citroen Berlingo M Petrol 1.2 Puretech 1000kg Enterprise Pro 110ps [s/s] lease.